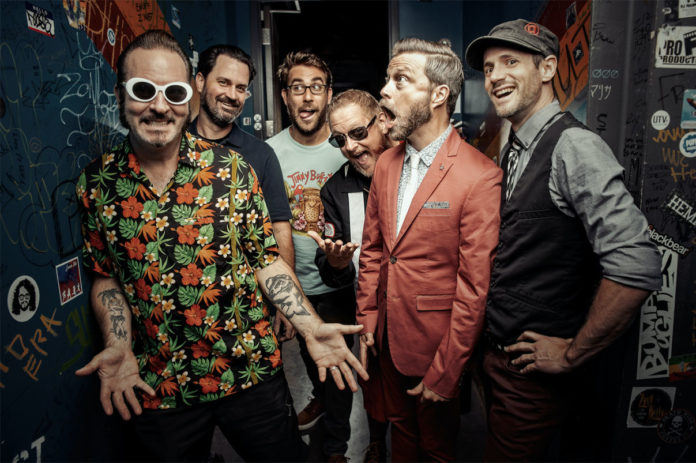 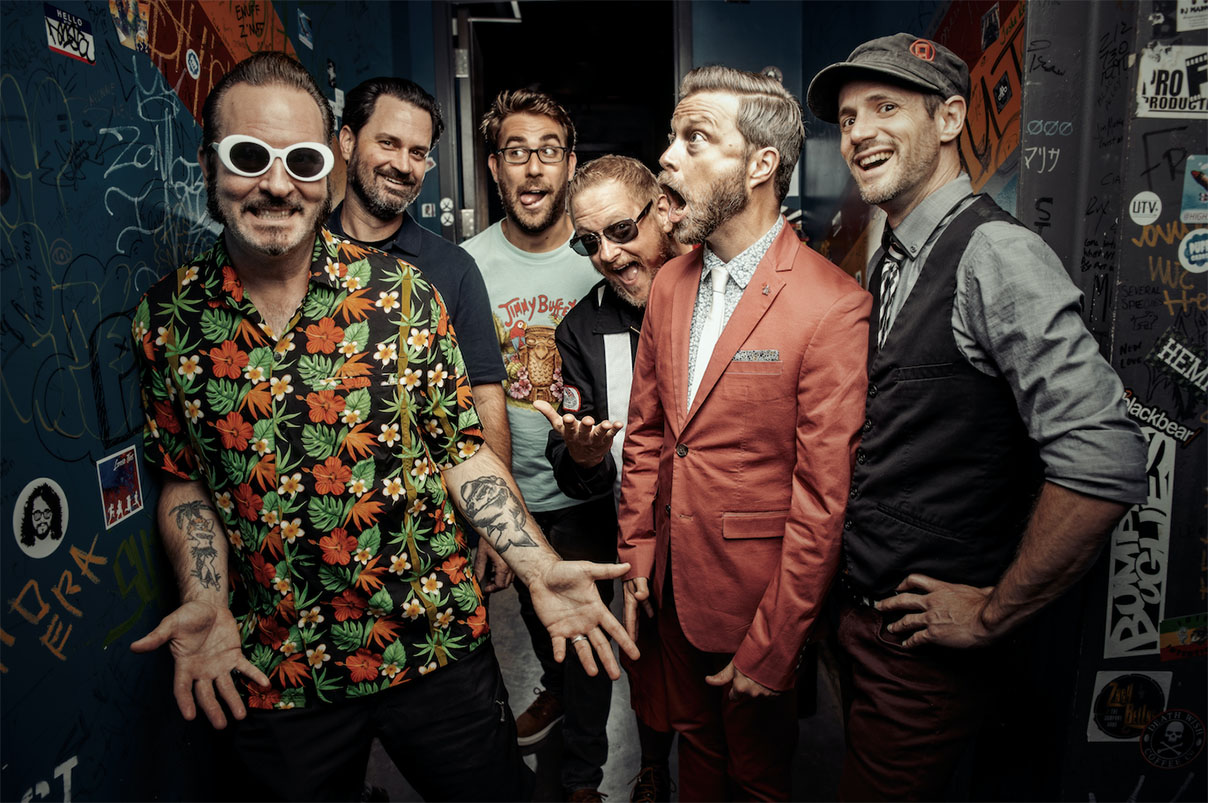 British ska punk bands Lightyear and [spunge] served as the openers for this show and delivered absolutely fantastic sets to warm up the crowd, which was probably needed seeing as short-sleeved Hawaiian shirts are no match for the blistering cold temperatures of Leeds in November.

Going to a Reel Big Fish show is practically a guaranteed good time. Members have come and gone in the last few years, but barring the inclusion of a few new tracks from ‘Life Sucks… Let’s Dance!’, Reel Big Fish have been putting on the same live show for years now. This isn’t a bad thing necessarily, but if you’re going into this tour ready to see Reel Big Fish for say, the third or fourth time, you may find yourself experiencing episodes of a brass-backed déjà vu. The band’s show is still very, very entertaining; but when you’ve seen them do the old ‘Masters of all Musical Styles’ skit they’ve been doing since at least 2009 for the third time, it starts to get a little tired.

On the positive, the band showed themselves to be sharp as ever during an unexpected equipment malfunction halfway through the show. When frontman Aaron Barrett‘s guitar stopped working, the rest of the band performed an extended brass-centered jam session while Barrett hid behind an amplifier, playing peek-a-boo with the O2 Academy. The show resumed as if nothing ever happened, with the band even taking the time to finish playing the last minute of ‘She Has a Girlfriend Now’. Professionals.

The show’s setlists incorporated the same covers Reel Big Fish have been doing for years, such as Toots and the Maytals‘ ‘Monkey Man’, Van Morrison‘s ‘Brown Eyed Girl’ and, perhaps most famously, The Forces of Evil‘s ‘Ska Show’! Oh, and a-ha‘s ‘Take On Me’ too…

On the whole, Reel Big Fish put on a very good and entertaining live show that’ll be great for first-timers and longtime fans with a lovely blend of new stuff and old classics; but if you’re like me and you’ve seen them three or four times, you might start to find some of the ska punks’ on-stage shenanigans a little tired, but it’s not yet at a level that will absolutely ruin their live show. All in all, the Godfathers of Ska Punk demonstrated once again that even after 28 years as a band, they’re still capable of entertaining at a high level.

But what else would you expect from a band whose picture shows up in Google’s top search result for ‘ska punk’?

All words by R.A. Hagan. More writing by R.A. on Louder Than War can be found here. Follow him on Twitter at @RAHagan_.
Image supplied courtesy of Earshot Media.