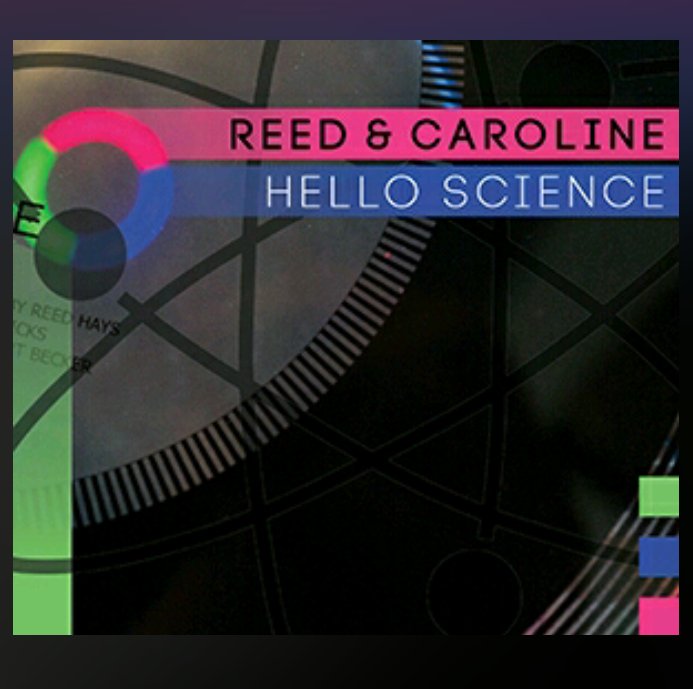 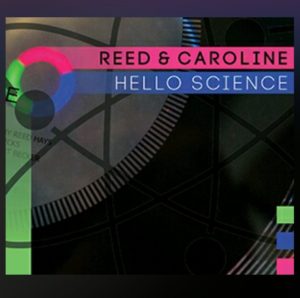 Once upon a time there was a man called Reed Heys. He played around with synthesizers but he particularly liked the Buchla. He had a friend called Caroline Schutz. She was a singer and she sang. In 2016, they released their debut album Buchla And Singing and it received a great review from Louder Than War. Now Reed & Caroline are back. Reed still plays the buchla and Caroline still sings.

Having Vince Clarke as a mutual friend certainly did Reed Hays no harm. Signing up to Very Records proved to be a wise move but, it could really have been any number of record labels with the foresight to see that the duo’s simple and effective song writing could be a success. Hello Science sees the duo back with much more of the same music that made their debut a sell-out. Vintage sounding pop with a modern twist if you will, wonderfully written and arranged and often quite beautiful.

Album opener Before, heads off an album influenced by science, its effect on the present day and its possibilities for the future. The voice of Schutz often sounds like it is fed through a vocoder, making it pure and almost robotic sounding complimenting the clinical electronic sound perfectly. Before is a superbly constructed song, gurgling and bubbling away it slowly builds with a manipulated string section with vocals that are nothing short of angelic. It somehow resists the temptation to introduce percussion and for that reason alone it should be applauded. It sets the stall for Hello Science perfectly and could easily have worked as an album closing overture.

Dark Matter ups the ante immediately. It pounds with bass and drum almost from the beginning and its position on the track listing couldn’t really be any better following the imperceptible angle of the opener. “Does dark matter, matter?” – who knows? – it does however provide an addictive and catchy strapline to the song. A near acapella break after the two minute mark allows for breath before the beat steps up once more. This is exhilarating pop if ever it existed.

Reed & Caroline seem to have hit on something with their sound. It’s unsullied and clean, you could view your reflection in it or sharpen your knives on it. It is pure, a sort of manufactured time-slip between early Kraftwerk and modern day perfect pop and, every song has a hook that is almost impossible to shake off. Each track will have you tapping a toe, a foot, maybe even a full leg and will fill you with pure joy. Another Solar System is one such song.

Its Science once more ditches the percussion element in favour of a string section with suits Schutz down to the ground. The track races and then calms with her voice duplicated and layered giving the impression of more than one vocalist and the lone violin that ends the track is sombre but somehow uplifting. The intro to Digital Trash reminds of 2004 hit They from one hit wonder Jem, sweeping violin effects and upbeat percussion once more aligning perfectly with Caroline’s voice.

Several of the tracks here are remarkably addictive with Ocean being yet another which is perfect for radio play and one just knows that it is only a matter of (short) time before Reed & Caroline are heard on mainstream radio. Entropy is jam packed with lots of subtle but effective reverb and Internet Of Things, whilst slightly amusing, does contain quite a dark story of technology takeover and possible Big Brother connotations.

The album ends with a Vince Clarke remix of Before where percussion is added together with that distinctive Erasure sound.

Reed & Caroline seem to have tapped into the current retro pop market without actually being retro pop. Superbly written songs, catchy and addictive. Wonderful synth effects and a voice that completely captivates. Any fan of synth pop will love this album.