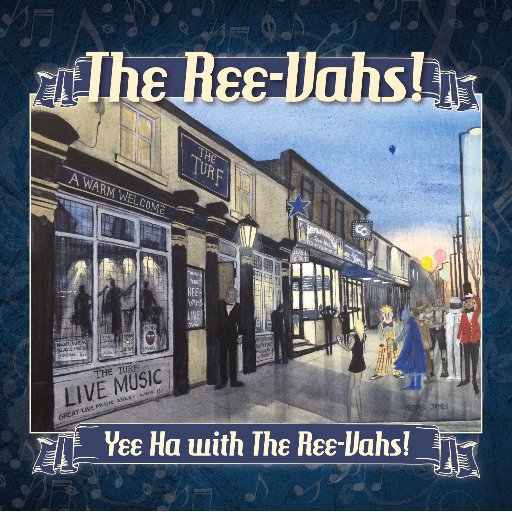 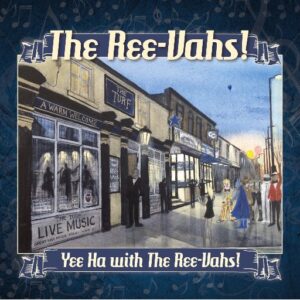 With 2014s Geordieland album came traditional Geordie folk with a modern twist. Tales of everyday love and life sung in a regional accent with the backing of some very talented musicians to say the least. Yee-Ha continues where the last album left off, but this time round songs have matured in complexity and as a result offer an album which lends itself to far greater accessibility.

Lead vocalist, guitarist and songwriter Andy Lee has a knack. A knack of writing delicate, soaring and heartfelt words which tell stories of real sounding people and real sounding situations. Either Lee has had a very full life to date or he has an incredible story-telling imagination – whichever it may be his descriptiveness is a delight to hear and often pulls at the heartstrings.

Album opener, Sunshine is a terrific upbeat track telling the tale of young love and making a future together. Its jam packed with evocative scenarios and some fine musicianship particularly in the shape of Chris Haigh whose contribution on fiddle via a midway solo is wonderful. A honky tonk piano moment and some superbly timed pauses compliment Lee’s vocals precisely.

The Geordie accent adds a further facet to the tracks, helping preserve something that can be so easily lost in modern life and further enhancing the traditional aspect whilst keeping a modern sound. Love In A Lifetime contains one of the finest lines you may hear this side of Xmas with “I took out a wonky, shonky, pay day loan at a million per cent. I wish I’d sold me soul to Satan. I’d have room left for me rent.”

Anyone who doesn’t get a lump in their throat when they listen to Hundreds And Thousands surely has no heart. A real man would say that the words are beautiful, a lesser man would say they were soppy – the former would be correct – as a couple recount circumstances of their meeting and their commonalities. Musical Chairs is again a heartbreaker of a song centred around a trial separation where each party sees things very differently – “Broken down toys aren’t the problem you know? They’re a symptom of being alone. For someone to leave you, you have to be there when they go.” Stirring stuff.

There’s a slightly less abrasive sound to Yee-Ha than there was to Geordieland and it’s the little things that have made all the difference. There’s more emphasis on individual musicians and quite rightly so, and the production is often right in the mark.

The album slowly unfolds and builds, and it is easy to imagine it telling the story of just one couple from the beginning to the end of their relationship. Album closer Grandma’s Song is a fitting yet timely reminder that life is frail and for all the expectations and hopes we have, it can all end too soon.

Don’t be put off by the sound of a traditional folk album. Yee-Ha is something rather different, and if you like your songs to have a narrative then this could be a surprise.