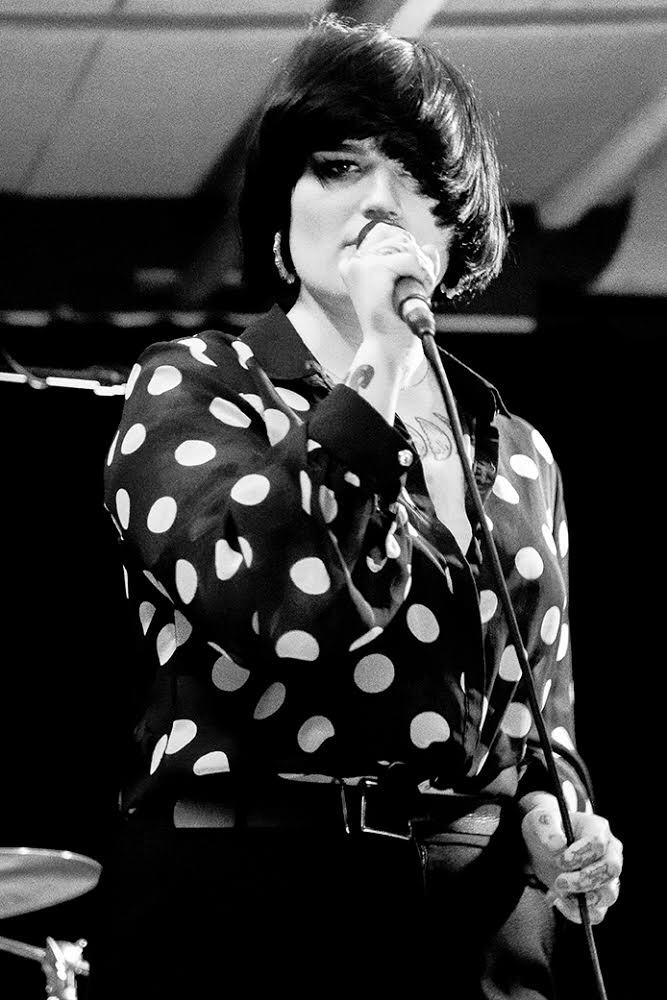 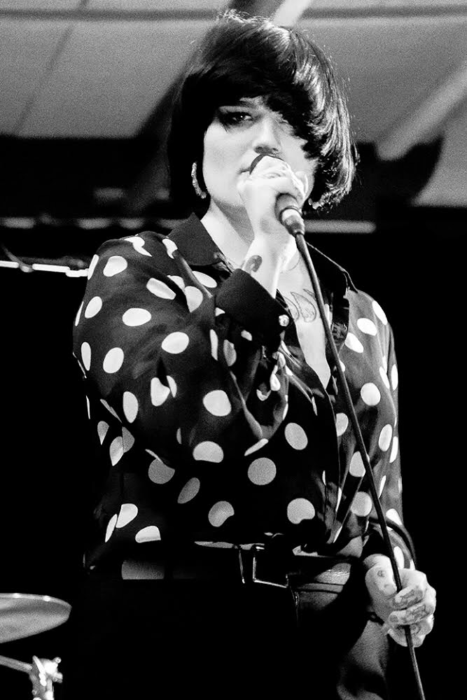 I always get excited when I stumble across exciting new bands. It’s like entering an empty lift at basement level and watching as more people get in and out as the floors speed by. Sometimes I get out well before the top floor as it becomes overcrowded and I’ve lost sight of why I got in in the first place. Other times I ride to the summit only to find myself alone as others have got out along the way, not sharing my vision. Tonight I feel I’ve entered a new one.

First headline gig, in fact only their second in total, sees a predictable audience of family and friends, with a smattering of loners like me, presumably intrigued by the events posting on Facebook. Singer, Natalie Emslie prowls the stage resplendent with an early Bobby Gillespie look, delivering her vocals precisely with an Edinburgh burr. Opening with “Trolley Dashers”, I’m reminded of a young Patti Smith. There’s a message, she’s serious and she wants you to hear it. Time and again she lurches, flicking her hair, fixing the audience with a Curtis stare far beyond the brick walls of this warehouse venue, whilst bassist Sterling Kelly channels her inner Sid Vicious, cracking an infectious grin as she and drummer Ben keep the rhythm tight and squeeze it until it surrenders. The melodies are supplied by Ella Powell, alternating between synth and guitar, never over stated but always adding a layer of sweetness.

It’s only a short set augmented with a spiky cover of The Fall’s “Totally Wired” but it is one full of raw energy and thoughtful prose. There is so much to like about The Red Stains, with their polemic and visceral emotions boiling down to a call to arms as they end the set with “Jump The Met”, which sees half the audience join them on stage. I leave smiling with the words of Joe Strummer echoing in my head from 1979. “Elevator, going up!”