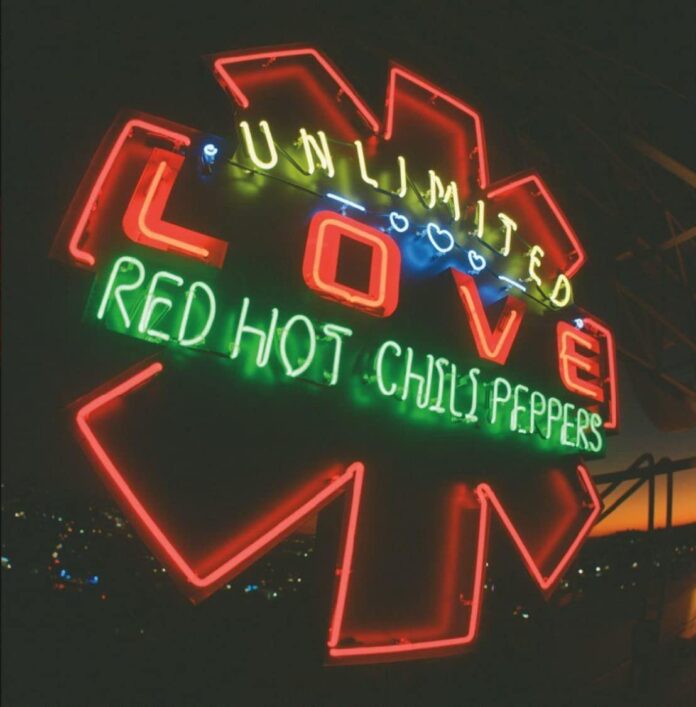 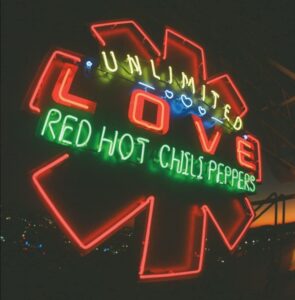 Red Hot Chili Peppers’ Unlimited Love marks the return of guitarist John Frusciante and producer Rick Rubin. It sounds like the work of old friends who’ve never seemed more comfortable in each other’s company, but still have something to offer.

In some ways, Unlimited Love is more than just another Red Hot Chili Peppers release. It’s their first in a decade recorded with producer Rick Rubin. More importantly, it’s their first since 2006 to feature John Frusciante. His replacement, Josh Klinghoffer, is clearly a talented musician. On 2011’s I’m With You, he ably channelled the mercurial guitarist, while 2016’s more experimental The Getaway made him an integral part of producer Danger Mouse’s sonic palette.

But nobody was ever truly going to replace the man who wrote the Under The Bridge riff, and the band clearly missed their prodigious prodigal son. It’s telling that Black Summer, Unlimited Love’s lead single and opening track, is the first thing Frusciante wrote on his return. Equally telling is that it sounds not unlike an effortless reprise of past hits like Scar Tissue and By The Way.

So, in other ways, Unlimited Love could ⁠— disingenuously ⁠— be seen as just another Red Hot Chili Peppers release. Rubin, who was there for the commercial breakthrough (Blood Sugar Sex Magik) and late ’90s renaissance (Californication), encouraged a return to band jams and recording live in the studio together. The result is 17 songs largely propelled by Flea’s basslines (and Anthony Kiedis’ staccato vocals) or Frusciante’s liquid playing (and Kiedis’ more soulful, melodic delivery). They’re all held together by Chad Smith, a man “who eats drums for breakfast”.

The main difference is that, even after a gap of 15 years, Unlimited Love sounds like the work of old friends who’ve never seemed more comfortable in each other’s company, but still believe they have something to offer. As Frusciante himself says: “For me, this record represents our love for, and faith in, each other.”

Despite the lack of creative tension that fuelled their biggest albums, there are standouts aplenty, some more obvious than others. The instantly captivating Aquatic Mouth Dance is a familiar Flea funk fest with added brass blasts and spacey retro keyboards. The shuffling bass groover Poster Child (which seems to reflect on the Chilis’ pinup MTV heyday by name checking everyone from Led Zeppelin to Duran Duran) builds on the spoken-verse sung-chorus template with an impeccably detailed and refined musical backdrop incorporating organ fills and psychedelic guitar licks.

The Great Apes, boasting the non sequitur “Superstars don’t do the dishes, I just want the great apes to be free”, leaps out at first listen, largely thanks to Frusciante’s earth-scorching solo and frenzied outro. These Are The Ways easily slips between the quiet verses of a ballad and choruses that are pure, free-flowing rock anthem, complete with some of Smith’s most urgent drumming.

The immediate One Way Traffic upends a tried and tested approach by pairing Kiedis’ machine-gun delivery with jangling guitars, and using the bass on a solo instead. And, on The Heavy Wing, Frusciante’s Hendrix-inspired virtuosity, paired with Smith’s florid fills, only emphasises the sudden time and mood changes that make its almost six minutes fly by.

Then there are the gems that emerge after repeat listens, like White Braids & Pillow Chair that, after two minutes and 15 seconds of pleasant but innocuous balladry, suddenly transforms into kaleidoscopic ’60s surf music, complete with twangy Dick Dale-style guitars. Veronica, in turn, is more of a ’60s acid trip, evolving from a bright, summery love song into something altogether darker and menacing. Bastards Of Light shifts from a lazy bed of synths to a lazy bed of acoustic guitars, suddenly interrupted by 30 raging seconds of distorted vocals, pummeling drums, and ripping guitars.

And then there are the two ballads, the most restrained, tasteful songs Red Hot Chili Peppers have yet released. The gentle Not The One is easy to overlook with its subtle piano accompaniment and ethereal swathes of guitar. But don’t mistake fragility for inconsequentiality. Kiedis has never sounded more sincere or exposed, except, perhaps, on album closer Tangelo. Mainly acoustic guitar and that tender voice, the absolute minimalism proves that the band behind Give It Away may be a little older but still have something new to offer.

“We work, focus, and prepare, so that when the biggest wave comes, we are ready to ride it,” the band members said when announcing Unlimited Love. “The ocean has gifted us a mighty wave and this record is the ride that is the sum of our lives.” Roll your eyes at the metaphor if you like, but it’s not only completely on-brand for Red Hot Chili Peppers, it’s completely accurate.