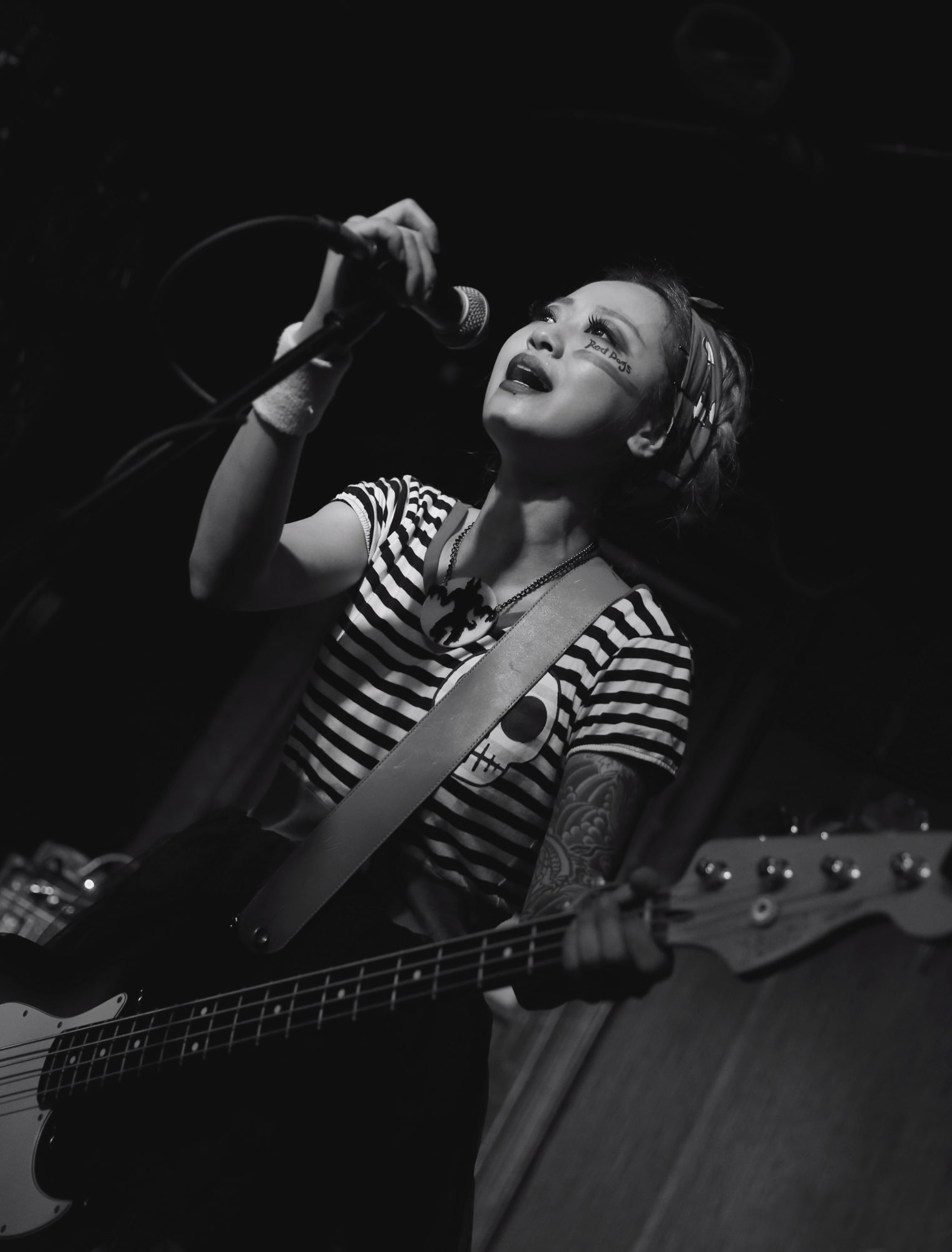 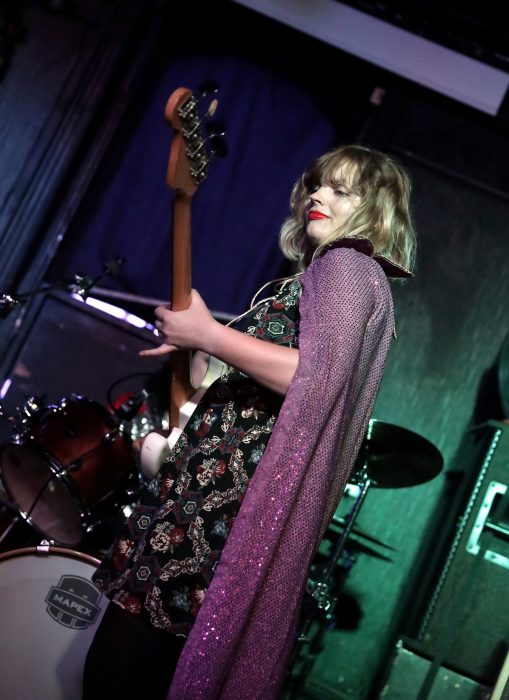 The Star and Garter

An all-female Japanese punk band Red Dogs packed out The Star and Garter, Manchester’s much-loved alternative venue – with a real varied crowd caught in the spin of high-pitched, energy-packed and yet articulate kind of garage punk.

Before the three-piece took to the stage, there was support from Dead Objectives and ILL. Dead Objectives are a group of four, composed of two guys and two girls describing themselves as ‘birthed from the conjoined twin cities of Manchester and Salford’.

They delivered a tight set of hardcore punk which notably managed to keep itself distinct, with a particularly strong rhythmic element on the drums, impressive frontage of guitars and articulate lyrics. Angry yes, but without the thrash ‘emptiness’ which some associate with hardcore. Proper punk in a progressive way – well-placed to work the audience up for the evening.

ILL followed, an all-female band from Manchester providing an interesting post-punk frontage of spiralling space-rock elements, yet the drumming still maintaining a bone-shaking punkish intensity. It is this combination of spiralling, twisted guitars and a relentless beat which makes ILL so infectious.

Topped with memorable, politically-punchy lyrics including the ‘putting the stress on the NHS’ (from ‘Ill Song’) and the screaming opposition to patriarchy in Sci-Fi: ‘Space Dick’ – these are intelligent tunes articulated with a fun energy.

Watching ILL draped in their capes, the set developed into a kind of creative jamming session which is expressive of the chemistry between the four, thickened by bold, brimming vocals which have a depth to them like they’ve been scraped from the belly. 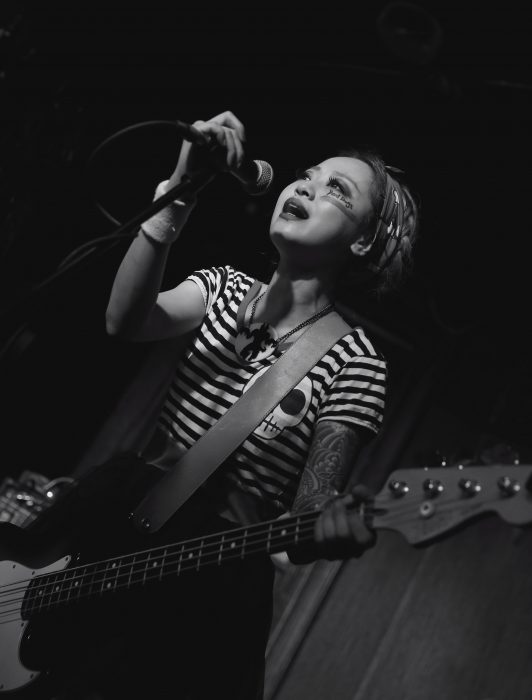 ILL’s ability to combine the serious with the sublime, mischief with moodiness – all with a driving energy – was a welcome precursor to the intense, fast-paced performance from Red Dogs, a Japanese all-girl punk band all the way from Osaka. With Haruka on vocals and bass, Kazumi on drums and Maimai on guitar – these three women commanded the stage with an electric presence, their pop-culture dress at a creative clash with their songs of shaken-up punk slicing at the ears with almost haunting vocal harmonies.

And by ‘slicing at the ears’, I mean it in the most positive way. Imagine going out to a punk gig and coming back with a marker of its authenticity – like a piercing. That was the experience of ‘Red Dogs’ – instantly memorable, with skilled musicianship allowing just three people on stage to create a web of enchanting noise which varied with every track. The drummer kept on smiling throughout, the two on guitar kept remarkably cool and upbeat despite the intensity of the content. Another experience in itself.

Garage rock elements came through on the guitar but the vocals retained a punkish appeal to get energised and shake out – with the front section of the audience swelling into a shaking, sweaty pit. Proof too that punk doesn’t even have to be in our native language for us to feel part of it.

This was indeed expressive of a powerful night and unique experience which also emphasized the importance of these supporting Manchester bands retaining that punkish element– a determination which drives beyond any barrier of language – and being bloody proud.

Find out more about Red Dogs, Dead Objectives and ILL on Facebook.

Words by Emily Oldfield. More of her writing can be found at her Louder Than War archive.