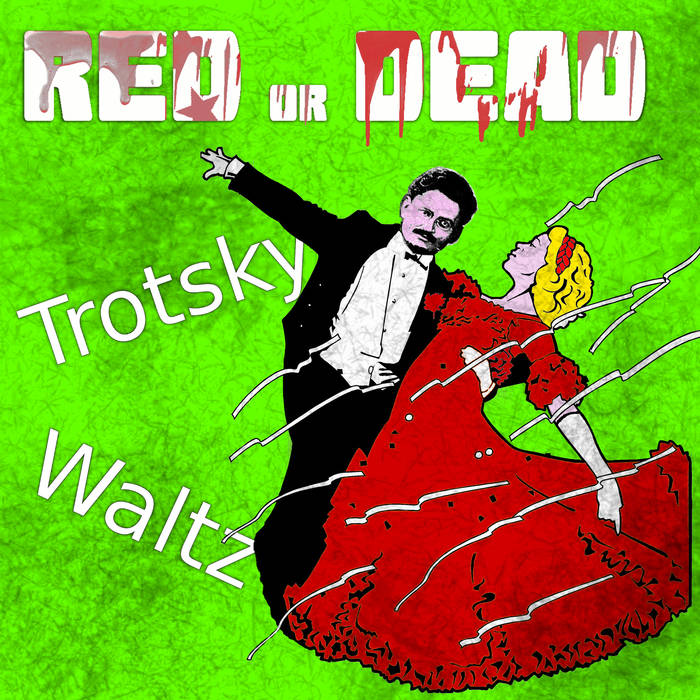 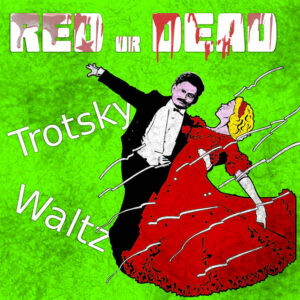 This Red or Dead are two men and two women from North Wales playing acoustic folk/punk and not a poncey shoe company from that there London…. so there shouldn’t be any confusion or copyright issues.

Despite my irrational hatred of the L*v*ll*rs and dislike of folk, this is a labour of love made by underdogs with attitude & no business/label backing and it’s probably one of the best albums of its genre you are likely to hear in 2017 or 2018.

In the same way that I try not to repeat myself when reviewing, bands like Red Or Dead, attempt the near impossible in trying to be original, or at least a bit different to all of those that came before ploughing the same furrow.

I used the Wolfie Smith / Social Justice Warrior affectionate jibe on Slow Faction … and the ‘scratch a punk and underneath you’ll find a hippy’ is an old-one … so what stick have I got left to metaphorically beat Red or Dead with?

Well perhaps a great marketing device to go with this album would be a scratch and sniff sleeve which smelled of camp-fire smoke.  Listening to Trotsky Waltz you can just imagine being in a muddy Festival field sat round a roaring campfire with assorted crusties and  hippys and cider-filled old punks and listening to these songs of  Making A Stand against the Man and Fighting the Power and Living Your Life… with everyone singing along.  Idealistic  Communal Folk-Punk Campfire songs is what Red or Dead do – and with some experience and skill.

The first thing which struck me about this album was the ‘drum-sound’ or percussion.  It’s like the clip-clop of a horses hooves tap-dancing!  Or a little mouse with clogs on, there on the stairs, right there…   So I asked the band… ‘It’s a Cajon,  like the old bluesmen used to play’. A-ha! I said not at all Partridge-like ‘I knew it!’.  I didn’t.  I had always assumed folkies just tapped on an old cut-down tea-chest…   It gives Red or Dead a bit of a different sound though.

I Am the Fire – the opening track is pretty much an epic, with a New Model Army type rousing feel to it.  It has a bit of  a Persons Unknown feel as well lyrically.  Have a listen; if you like this, then you’ll probably love the whole album.   It’s unashamedly Social Justice/ Eco/ Pacifist / Class Warrior stuff but with just about enough variety and a few surprises to keep it from being dull and ‘preachy’ – the usual criticism of bands like this.

Some of Red or Deads songs have a female lead vocal -but then a male vocal will interject… like in the song In America. It’s all strumming along quite nicely with woah-a-woah-ohs and a twangy guitar solo when the bloke chips in…

Land of The Free? Fuuuuuck Off!  Land of the Rich White Man….

He proceeds to have a rant about the US of A which ends with a bawled ‘Stop Selling Guns To Morons!!!’  Great stuff!

No One Is Innocent is a re-used song-title and one of the weakest on the album and there is another song called Steeltown –  this one is a heartfelt song about the decimation of local industry – not by Thatcher, although she is name-checked, but under a Labour government.

Colin Cambridge  features some Roger Whittaker style whistling and lines which start with the words Mama said….  so I skipped that one.

A New Day... oh god, this  does sound like the Levellers…

Never Again is better. Angrier and a great positive bit of lyrical defiance. ( I probably like it because I can easily imagine it being a full-blown electric guitar arse-kicker)

Never Again will I bow down to a false ideal or a faded crown.  never forgive, never forget, never yield and never relent….

Travel Home steals a bit of the vocal line from Armagideon Time….

Whilst  Strummer and Burnel lays it on the line – how punk influenced the band members tastes and beliefs – although in this particular case, helped by the fact that the person concerned fancied the hell out of Joe and JJ. ( Always thought Simonon was the ladies favourite!)

Make a Stand is a purpose-built singalong anthem and could well fill stadiums as well as the corner of a forgotten Festival field.

Whilst this album really isn’t ‘my bag’ as they say, it is a well thought out, thoughtfully written and nicely recorded collection of cool protest songs.  Inevitably there are a few cliches and tropes which define the genre, in the eyes of non-believers… but if you are a New Model Army, Clash and Stranglers fan who likes a bit of campfire folk, then I can’t recommend this album highly enough.

After all, as they say…  it’is time to make a stand.
Buy from Bandcamp