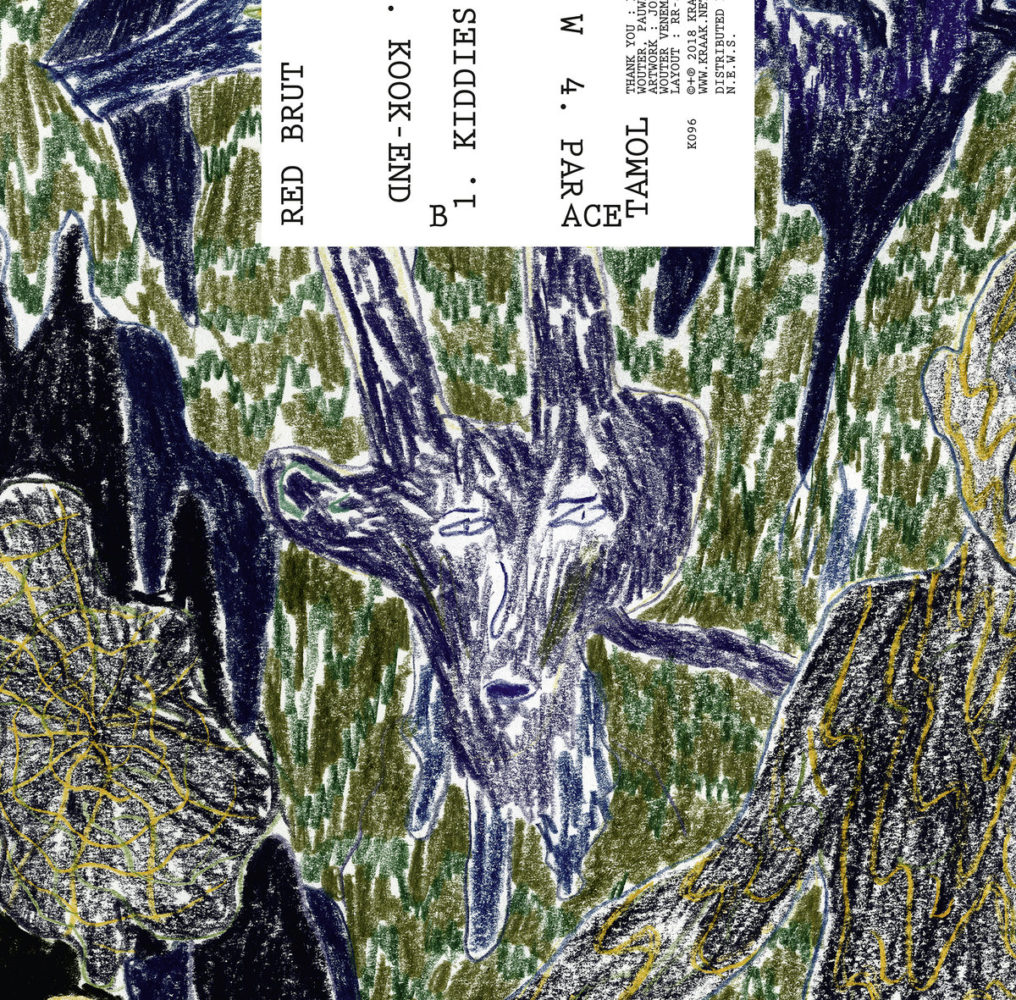 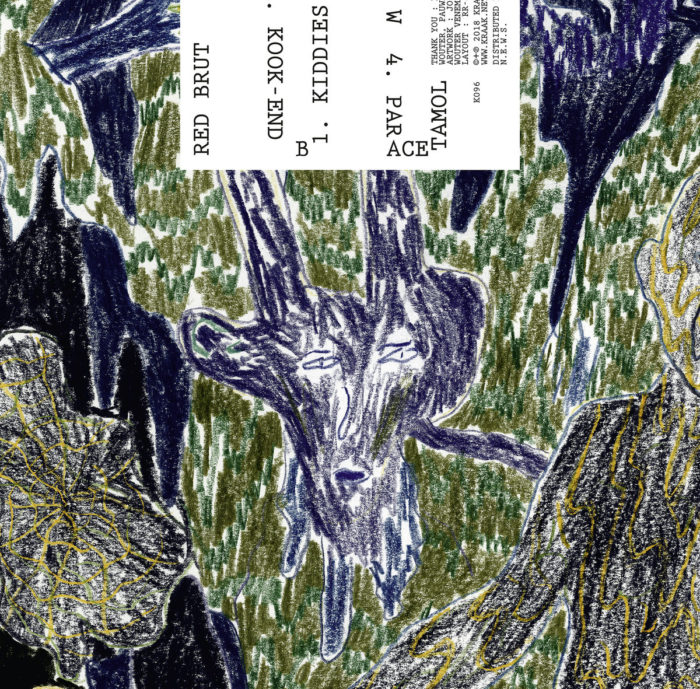 Available on the Kraak label

Red Brut, known to her mother as Marijn Verbiesen, has a record out. And this, make no mistake, is a good thing. Dutch avant-garde electronic music (to use the most ridiculously porous term in the history of music) has a long tradition of throwing up great things, going back a good 60 years. Current sweetmeats are provided courtesy of some brilliant work on the Norwegianism, Moving Furniture and Samling labels, individuals such as Jorrit Westerhoff and Verbiesen’s partner in many a sonic crime, Michiel Klein.

What is immediately apparent on first listen to Red Brut is the brilliant sense of remove. Verbiesen is a master at choosing the right moment to introduce a mood or a pattern. She’s also a dab hand at engaging the listener. You could say this record has some residue of the drama and tension seen in her gigs where she constantly throws her (handmade) cassettes out of her tape player. This sense of calm deliberation, balanced against the memories of the mental jolt you’d get when witnessing her sudden moments of decision playing live, is noticeable throughout Red Brut.

And probably because Red Brut is presented as an old fashioned album (as in clearly delineated tracks, with names, you know, the old, time-tested stuff), the record offers the listener a freedom to step in and out, to see how moods and direction are constructed. This sense of finiteness is very moreish. There are three tracks on side one and four on side two and each has a feeling of adding to a greater whole. Maybe because of this, the listener gets a thrill from mapping out the slowly developing dramas. Let us take side one. Opener ‘Garde’ sounds like a drama set in some godforsaken wilderness. Taped together by a sad reedy synth note (akin to a train whistle far in the distance) a conclusion of some sorts is achieved by the groans and clatters coming together to create a mental image of a wind chime dolefully clanging on in a deserted house. Then we are presented with the schizophrenic ‘Senpai’, which is a weird collision of unfunky patterns of buzzing electronic stabs, a dentist’s drill, and a bleeping, Kluster-style transmission (as the cherry on the cake). ‘Kook-End’ for its part is a magnificent zone-out built round what sounds like the tinkle of a hand bell. The sense of drama given by the relationship between all three tracks is thrilling. It’s music that has been made since the 1940s and is still wedded to no time whatsoever.

Side two ups the ante. In fact it is a tour de force of sonic bricolage. The opener, ‘Kiddies’ – a weird mix of cheerful children’s squeals, scary muffled voices, unsettling clanks and taps and a bleeding air raid siren – is up there in terms of kick off with Kraftwerk’s ‘Von Himmel Hoch’. Maybe it’s drawing on the same sense of repressed memory, who knows. What we can say is that Verbiesen sure knows how to shake her listeners up.  This continues throughout side two with the mournful rattle of ‘Hek Pt II’ and the indecision thrown up by ‘Dobbel W’. ‘Paracetamol’ calls time on proceedings, a rapidly in a flurry of blurts and gurgles given a closing fanfare by a reedy trumpet

This is no ordinary avant-garde electronic record [Sic! Sic!]. We can all think of releases in this ever-giving interface between ambient, avant-garde electronica that are overblown, too diffuse or just wimpy, ego-driven sighs of interminable length. But Red Brut’s overriding sense of calm deliberation and complete lack of ego allows us to appreciate the precision and sensitivity needed to make such refreshing, invigorating music. It’s proper art, that’s what.