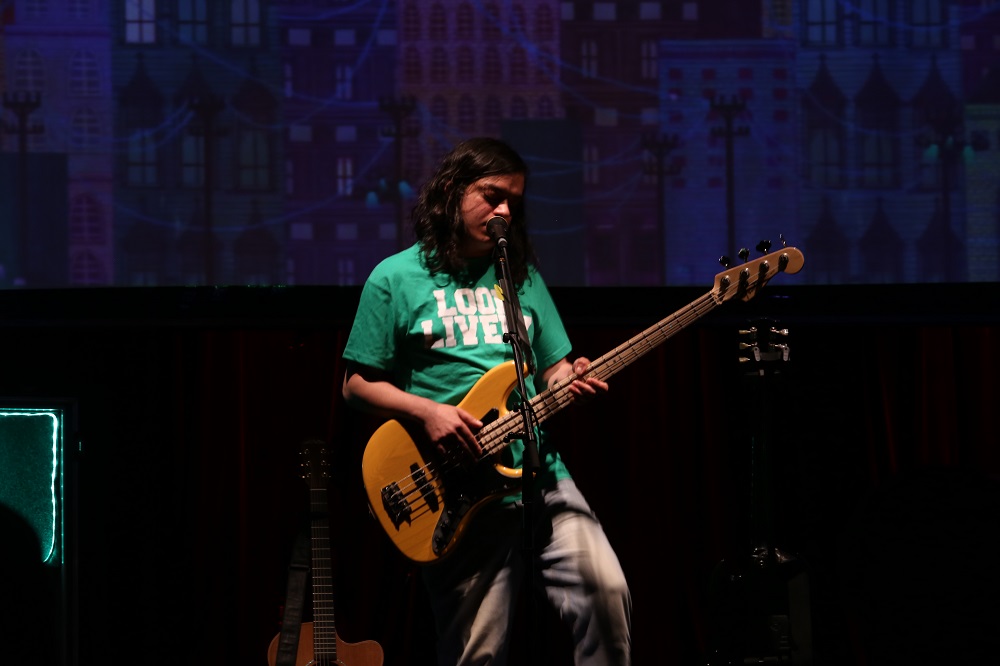 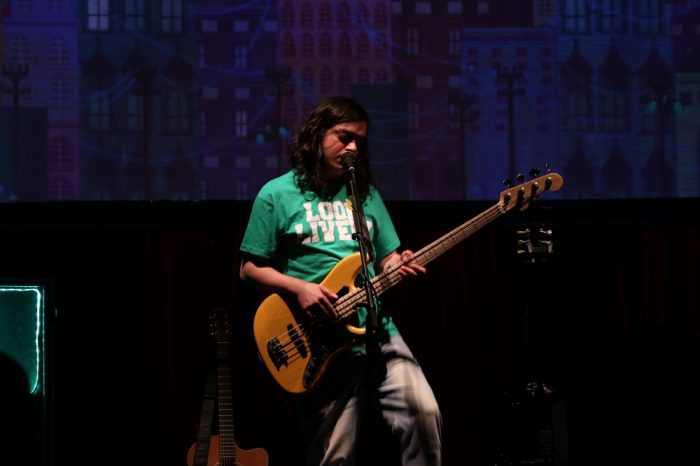 It was a brave decision for Sam Duckworth to call time on Get Cape. Wear Cape. Fly after a decade of commercial near misses but after a break he’s back in a very promising new one man incarnation.

Luckily Duckworth has retained his ear for great pop hooks and this one man show positively fizzes with indie pop classics new and old. Basically this show is the multi-instrumentalist mainly on guitar over pre-recorded beats, and some clever samples, but it works.

An early highlight is the still mighty Get Cape classic War Of The Worlds and it remains an enduring mystery why it wasn’t a huge hit. That’s probably the story of nearly men Get Cape and why he needed to recharge his batteries, which he has done good proper.

The warm welcome and idyllic setting of this club really seemed to have touched the affable Duckworth as he played new song Lifestyle Concept Store lamenting the seemingly incessant closure of independent music venues that nurture up and coming bands. But as he noted it didn’t seem appropriate in this thriving West Yorkshire venue.

His new stuff suggests the debut Recreations album could be on the best of the year lists as Red Specs is insanely poppy even though Duckworth throws in some juicy metal chords. It’s rare you hear a sample of the Casualty TV theme tune at a gig, but Build to Last is very much a love letter to the NHS that saved his life and a gesture of solidarity to the striking junior doctors.

Duckworth has missed his mum’s birthday to be on tour and was fuming that it cost £22 to send a record delivery card back home to Essex due to rip off Britain. Despite that he noted that after 11 years of being a professional musician days like today were giving him some moments of clarity on this comeback tour.

He was relaxed enough about his career to delve into his strong back catalogue as far as back 2006’s The Chronicles of a Bohemian Teenager with stripped down acoustic versions of Once More With Feeling, a beautiful An Oak Tree and a quite stunning take on Call Me Ishmael.

It says something about the music industry when that hopeless pillock Pete Doherty is filling bigger venues with his crap songs a quality tunesmith like Duckworth is attracting much smaller crowds. But class will out as Duckworth has more talent in his little finger than the pork pie hat fraud so go see a great songwriter who is not only back on form, but a decent human being to boot…