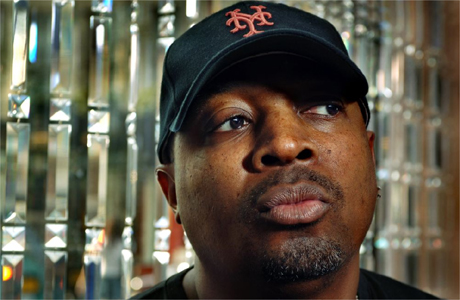 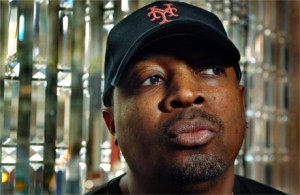 Public Enemy leader and co-founder Chuck D has been named as the Record Store Day Ambassador for 2014.

This year Record Store Day falls on Saturday 19th April – Easter weekend; no doubt a slew of releases will be announced…in the meantime we have been informed of a few rumoured releases including 7″s from;

Record Store Day came into being in 2007 when over 700 independent stores in the USA came together to celebrate their unique culture. The UK followed suit and 2014 will see the seventh celebration of the UK’s unique independent sector. This is the one day that all of the independently owned record stores come together with artists to celebrate the art of music. Special vinyl and CD releases and various promotional products are made exclusively for the day and hundreds of artists across the globe make special appearances and performances. Festivities include performances, meet & greets with artists, DJ’s, in store quizzes and many other events.s been names as the RSD Ambassador 2014.

Chuck D made the following announcement after his appointment was confirmed;

“Over 27 years and 93 countries visited, as a professional lead vocalist of the RAP group Public Enemy, I don’t go 1 single day without emphasizing that the genre of hip-hop is spawned from DJ culture. The founding members of Public Enemy were, and still are, DJs. The tool and fuel for DJs has forever been recordings. And where these recordings have long connected, with pros and fans alike, has simply been The Record Store, the connection point of listener and the recording.”

The introduction of the available recording to the public had opened and webbed the sounds of the world across the planet long before the www. It has been influential to the creators of so many of the greatest recordings as well, sort of a second rite of passage after the live radio or TV performance. Motown’s Berry Gordy had a record store, Elektra founder Jac Holzman had a record store, the STAX label had their Satellite Record Shop right next to their studio. Keith Richards opens a conversation with Mick Jagger as teenagers on a UK train platform because he had a stack of hot blues records in his arms after leaving a shop. Well you should have an idea of what I’m saying here.

The record store made musicians listen beyond themselves. It both complemented and supplemented the radio, in fact the best radio stations in the past followed the vibe of the record stores of their regions, thus growing and nurturing each other. The fans and listener had everything to gain, and if they wanted to get into making music, the Record Store turned into their first school and sonic passport out.

Do not get me wrong, I am a fan of technology, but I am a bigger fan of the music. I used to be a big fan of the industry of music when like sport at least offered a seemingly fair field of play, no matter where one came from. Upon the growth of Hip Hop through vinyl-cassette-Cd-MP3 I long wanted, and advised, many Record Stores ways to adapt to surviving the ICE AGE. Like last year’s Record Day Ambassador, the great Jack White, I concur with his view that people want to gather, share thoughts, and suggest music. There’s few musical events more exciting than Record Store performances, whether it’s Grimeys In Nashville, Criminal Records in ATL or Rough Trade in London. I’ve long thought The Record Store tour circuit is so necessary and rewarding.

In this age where industry has threaded the music sound with virtual sight and story I am honored to be called upon to be Record Store Day Ambassador of 2014. With the masses, neck bent into their smartphones, let all of us music lovers GPS our way into a reality that is the Record Store. It’s worth a great try, let’s do this…

Release details are now coming in Record Store Day 2014 – those that have particularly caught our eye are;

Grant Hart – Every Everything and Some Something (Wienerworld) Previously unreleased doc on legendary Hüsker Dü drummer / singer/songwriter along with rare, limited vinyl pressing.