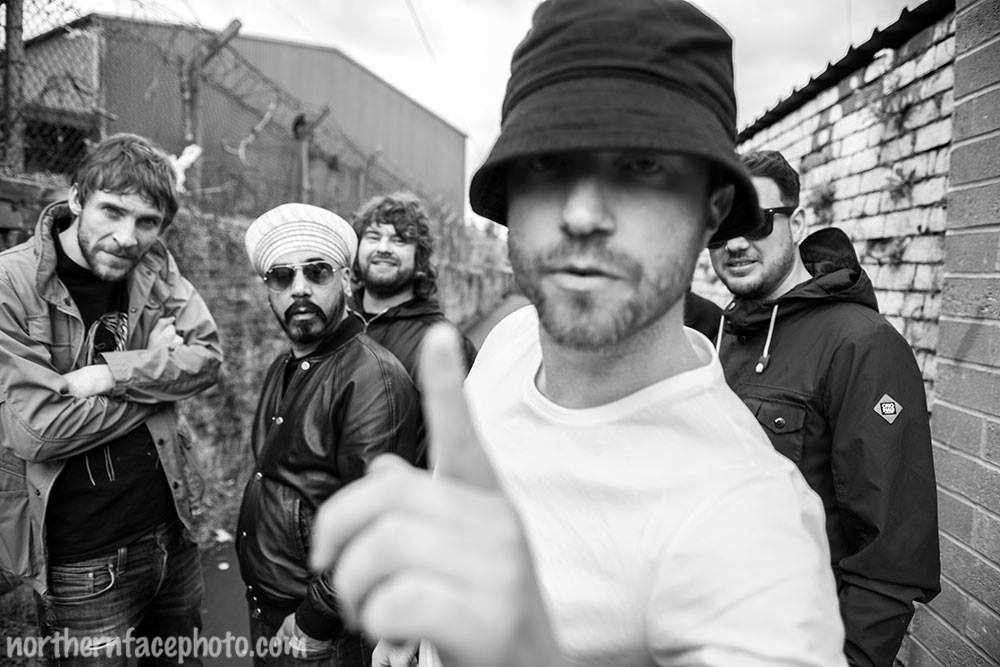 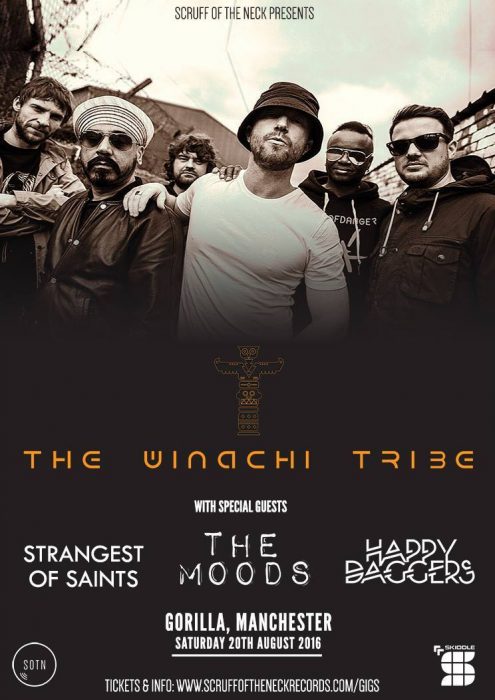 While the summer of 2016 hasn’t been all that hot, The Winachi Tribe have certainly  shone brightly as the Warrington and Leeds urban collective’s soaring achievements continue unabated.

Straight from headlining the Crystal Stage at Tramlines, Winachi’s Liam Croker and Antony Egertonwill are heading off to California to film a video for the first single from the bands  forthcoming debut album with which it shares a title: A Room With A Zoo. They’ll be certain to return from Hollywood on a high ready to create a frenzy, at what is shaping up to be one of the gigs of the year, at Manchester’s Gorilla on August 20th.

The Winachi Tribe headline at the multi-award winning venue Gorilla, based in the heart of Manchester, and they are plan to make it one special event, bringing along three exceptional supporting guests, Happy Daggers, The Moods and Strangest of Saints. The night is starting early, finishing late and is ready to deliver something so special even the most jaded won’t be able to resist getting up and joining in.

Salford’s indie rock five piece, Strangest of Saints mix life affirming melodic riffs with expressive lyrics of life, everyday encounters and reflections. A warm and engaging band that likes nothing better than to connect with their audience, they’ll bring along some fans and certainly leave with even more.

Manchester’s The Moods do not travel light. The eight-piece group, generate a masterly creative mix of hip hop, reggae, dubstep with drum and bass with flashes of electronica. High energy, absorbing and with a skilful ability that’s impossible to not be impressed by. The Moods innovative sounds constructs a gratifying necessity of movement and participation.

Blending disco with some hearty indie rock for the past five years,  Leeds band,  Happy Daggers provide a luminous burst of energy from dynamic soul vocals, infectious groovy beats and a magnetic stage presence; Happy Daggers are guaranteed to have the room jumping.

The video shoot for A Room With A Zoo will be taking place on a Hollywood ranch, whose ranch is for now a secret, however it bears witness to the band’s fast expanding fan base in America. While these are exciting times across the pond, The Winachi Tribe are counting down the days with equal excitement, for the gig that has been coined the ‘Thrilla’ in the Gorilla’, on Saturday August 20th in Manchester.

Expect plenty of The Winachi’s thumping classy funky indie rock, a solid introduction to the upcoming first album as well as the incredible presence of the celebrated Rowetta for the debut live performance of album track Sympathy For The Future; this is not a night to be missed.

The Winachi Tribe plus special guests Saturday August 20th 2016 at Gorilla, Whitworth Street Manchester. Tickets are on sale now from Gorilla via SeeTickets.