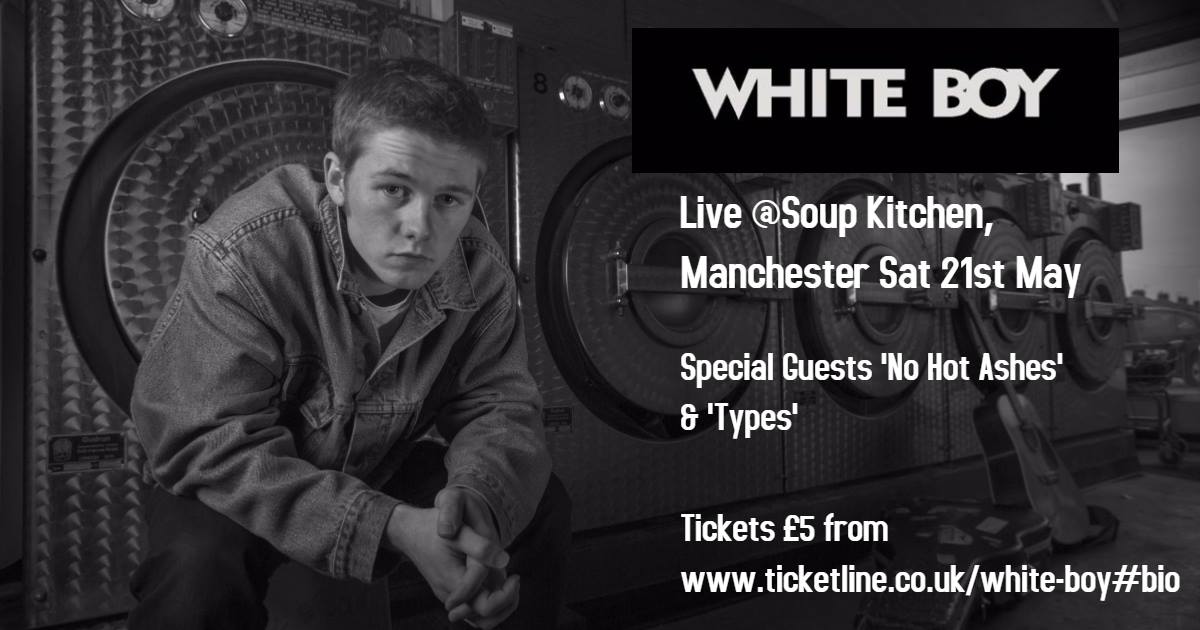 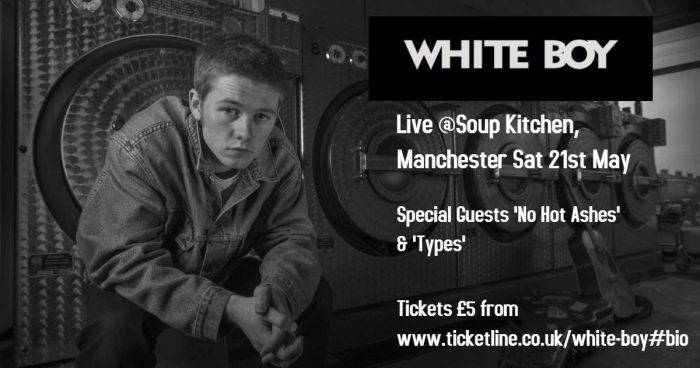 Manchester’s White Boy brightened up the second half of 2015 with the release of their debut album Glitoris as well as a host of memorable live sold out shows including an appearance at the Isle Of Wight Festival. May see’s the band back on the road and releasing their third single Ripped Knickers.

Saturday May 21st see White Boy at The Soup Kitchen in Manchester’s Northern Quarter expect nothing less than some vast, intensive and magical glammed-up rock, meticulousness executed – this is a band that genuinely thrill.

White Boy will be supported by the exciting No Hot Ashes who’ll be providing their distinctive exhilarating funk vibe to the night. The band have a busy summer taking their riotous live performance around some of the countries most-loved festivals.

No Hot Ashes will be appearing at Shrewsbury Festival, Blackthorn Festival, Tramlines, Down To The Woods Festival and Bingley Music Live this year for further information, ticket link and other live dates head to their Facebook page, they also tweet as @_NoHotAshes.