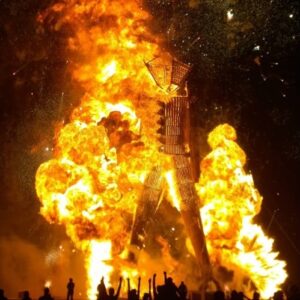 I’m a massive fan of North London four piece Recessive Genes. I’ve reviewed them a couple of times here and here and, as I’ve mentioned before, their self-proclaimed manifesto is to “make a short period of time, as eventful as possible”.

This manifesto makes for a brilliant blank canvas. A free reign to do whatever they want, whenever they want. And with this track, they’ve certainly done that.

I have to admit, on first listen, I wasn’t a fan of this track. It seemed to take them away from their idiosyncratic beginnings and place them in amongst an overwhelming throng of similar sounding bands. On second, third and forth listens, however, I realised that they were still on the same trajectory and as mental as ever.

The track opens with an insistent guitar riff that, along with the throbbing bass, takes hold and doesn’t let go until the 2m 40s are over.  The vocals of James are sung with a pained, matter-of-factness that engrosses and ingratiates one to the delivery.

They don’t half make a great rhythmic racket and, mixed with the vocals, the final result is close to an indescribable post-punk soup that lurches from one aural emergency to another.

I’ve said this before, and I say it again, let Recessive Genes into your life. You won’t be disappointed.