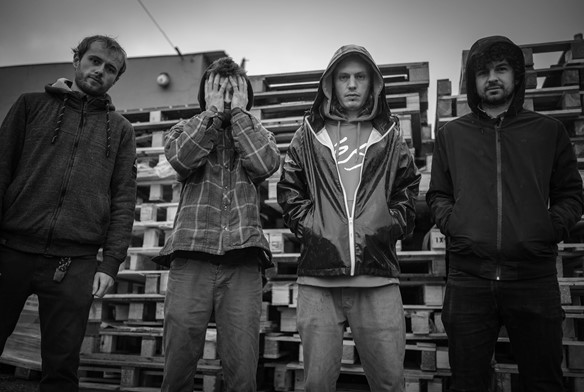 A cathartic combination of alt-rock, grungy riffs and math-rock undertones, Eat Your Own Head are a four-piece band based in Norwich, UK, who plummet into the depths of personal chaos, love and anxiety.

Having recently rebranded from their earlier iteration of HANK, Poltergeist is the fittingly titled new single from the four-piece and finds them as visceral as ever. Ferocious and desolate, Poltergeist tackles inner demons head-on: “I fall dead, come back. A little black on the inside” eerily opens the song, flowing over jagged time signatures.

Technicality, huge riffs, and vocal delicacies contrasted against vein-bursting screams, showcasing the Eat Your Own Head’s capacity to combine hooks into a rock song that’s anything but predictable. Check out the video below: