Ian Johnston presents the latest of his monthly roundups of vital releases from Ace Records, one of the best reissue labels in the world. 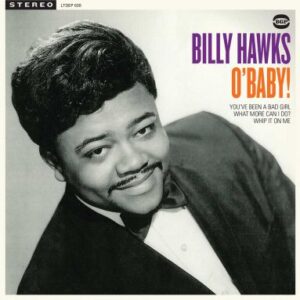 Hawks hailed from Richmond, Virginia and cut his teeth playing with his trio along the East coast of the States, in various clubs and lounges, where he was discovered by Prestige. The EP kicks off with the hypnotic ‘O’Baby (I Believe I’m Losing You)’, a divine, minimal groove that has long captivated urbane clubbers.

‘You’ve Been A Bad Girl’ slows the tempo down, but retains that unmistakable Billy Ward trio mesmerising quality. Side Two features Ward’s frantic organ mod jazz dance workout ‘Whip It On Me’ and the swinging blues, ‘What More Can I Do?’

This EP is also a wonder to look at. Designed in classic 60s vintage style, it sports the only known portrait picture of the suave and hirsute Billy Ward. This is a limited edition release… so you know what to do. If you dig the likes of Jimmy Smith, Jimmy McGriff and Lonnie Smith, this EP is as essential as breathing. 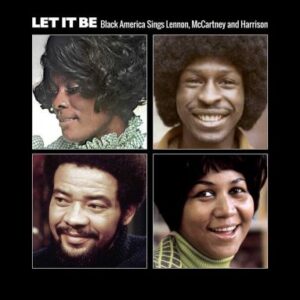 Ace’s excellent follow up to their marvelous 2011 Black America Sings Lennon & McCartney, shows how other vital African American performers took on the Fab Four’s premiere song-smiths of the 1960’s British Invasion and, in most cases, won. It is fascinating listening to how the soulful undercurrent latent in many Lennon, McCartney and Harrison numbers, no doubt gleaned from their youth endlessly playing Atlantic and Motown singles, is brought to the fore here.

This 22-track compilation, compiled and liner-noted by Tony Rounce, kicks off in fine style with the Queen of Soul Aretha Franklin’s emotional adaptation of ‘Eleanor Rigby’.

Elsewhere, the legendary Screamin’ Jay Hawkins ignites The Fab Four’s ‘A Hard Day’s Night’ (1964) in a way unforeseen by its creators, disco masters Earth, Wind & Fire make ‘Got To Get You Into My Life’ (1978) their own, Memphis blues legend Junior Parker improbably mines a soulful seam with the challenging ‘Tomorrow Never Knows’ (1970), jazz dignitary Ella Fitzgerald 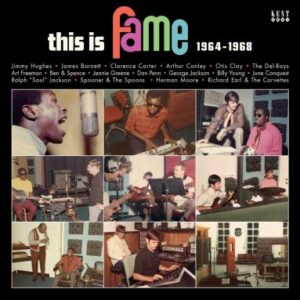 FAME started the movement where a small region of Alabama in the back of beyond would grow into the very epicentre of southern soul. It became an almost sacred place where musicians, singers and devotees alike still make a pilgrimage, trying to capture the magnetism behind so many hit records: James & Bobby Purify’s ‘I’m Your Puppet’, Wilson Pickett’s ‘Land Of 1,000 Dances’, Etta James’ ‘Tell Mama’ and a myriad of others.

Rick Hall is now a venerable music business figure, but in the 1960s he was a driven young man with an obsessive vision who makes it against almost overwhelming odds. There are few self-sufficient producer/engineers in the history of popular music, and Hall is supreme amongst them. Atlantic, Chess and many other eminent labels congregated at FAME to profit from the sound, the musicians, the song material and the atmosphere that Rick Hall had fashioned.

Ace’s The FAME Studios Story 1961-1973 was a lavish and exhaustive three CD set derived from two years’ worth of intrepid deep soul mining by Alec Palao, Tony Rounce and Dean Rudland at the sanctified FAME vault, which Ace released in 2011. It was an authoritative, 75 track omnibus that focuses upon the glory days of the studio and the label. It celebrated both performers and records that are recognised all time greats and superb lesser-known entries in soul music.

This Is Fame 1964-1968 is an extraordinary Ace double album vinyl package, sporting a cool cover, compiled and noted by Dean Rudland, that offers a perhaps more manageable overview of Fame recordings. The line-up is an elemental anthology of 1960s soul, including Clarence ‘Patches’ Carter (the highly danceable ‘Thread The Needle’ and his fast version of Wilson Pickett’s ‘She Ain’t Gonna Do Right’, written by FAME’s inestimable stable writers Dan Penn and Spooner Oldham), Arthur ‘Sweet Soul Music’ Conley (‘I Can’t Stop (No,No,No)’) and Otis Clay (an electrifying rendition of Don Covay’s ‘That Kind Of Lovin’).

Jimmy Hughes’ ‘Steal Away’ is a beautiful slice of southern soul, in part inspired by gospel number ‘Steal Away To Jesus’. It delivered Hughes the biggest commercial success of his career, bringing the Fame sound to America’s attention with a Top 20 chart placing in 1964. Hughes’ 1967 version of Tommy Tucker’s 1964 Chess hit ‘Hi-Heel Sneakers’ is equally arresting. More obscure recordings by the Del Rays (the thrilling ‘Fortune Teller’, covered by Iggy Pop), Ralph “Soul” Jackson (the stirring ‘You Know How To Hurt A Guy’, first issued in 2012), FAME soul singer/songwriter George Jackson (the stunning ballad ‘Back In Your Arms’) and Spooner & The Spoons (the quintessential Northern Soul of ‘Wish You Didn’t Have To Go’) are also highly noteworthy. 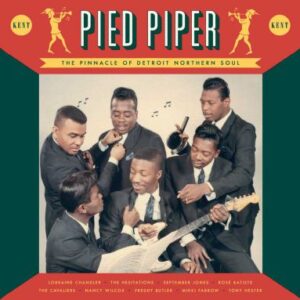 Pied Piper could have been an independent label in its own right, as the Pied Piper crew were credited on more than 20 singles and three LPs. Even more exciting is the music that was left on master tapes; including 50 completed tracks.

Highlights here include Lorraine Chandler’s wonderful shot at a Bond movie theme, ‘You Only Live Twice’, Nancy Wilson’s mesmerising, fuzz guitar dancer (a Detroit feature of the Pied Piper productions)‘More Than A Memory’, ‘We Go Together’ by The Cavaliers (featuring a previously unissued rap introduction) and the buoyant ‘Set My Heart At Ease’ by Mikki Farrow. Arguably, best of all is the remarkable September Jones’ ‘Voo Doo Madamoiselle’, an infectiously danceable number with suitably spooked lyrics, the embodiment of the euphoric Northern Soul sound.

Remarkably, this album only costs £13.99. That’s one hell of a good deal for a collection of prime Detroit Northern Soul, that would otherwise set you back hundreds of pounds. 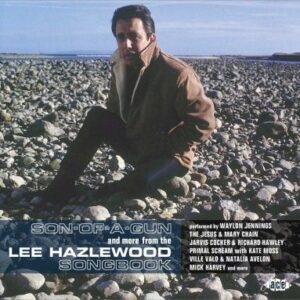 Numbers written by Hazlewood, who died from renal cancer on 4th August 2007 (a couple of weeks after his 78th birthday), have long captivated performers of such pre-eminence as Frank Sinatra, Dean Martin, Elvis Presley and, of course, Nancy Sinatra. Hazlewood first made his name with singer Sanford Clark and the distinctive strain of bestselling instrumental twangin’ rock ‘n’ roll he created in the late 1950s, with legendary guitarist Duane Eddy.

Compiled by Mick Patrick, this superb compilation features a cornucopia of artists who have covered Hazlewood’s compositions, stretching from the 1950s to the 2000s. Ranging from Primal Scream & Kate Moss’ recent radical reimaging of ‘Some Velvet Morning’ to Waylon Jennings’ faithful but moving 1970 reading of ‘She Comes Running’, to Jarvis Cocker & Richard Hawley’s feisty recital of ‘A Cheat’ and Loy Clingman’s 1958,Hazlewood produced ‘The Man Who Made An Angel Cry’, SON-OF-A-GUN delivers the essence of Ol’ Grey-Haired Sonofabitch’s art.

Ace Records can be found online at acerecords.co.uk. They’re also on Facebook and they tweet as @AceRecordsLtd.