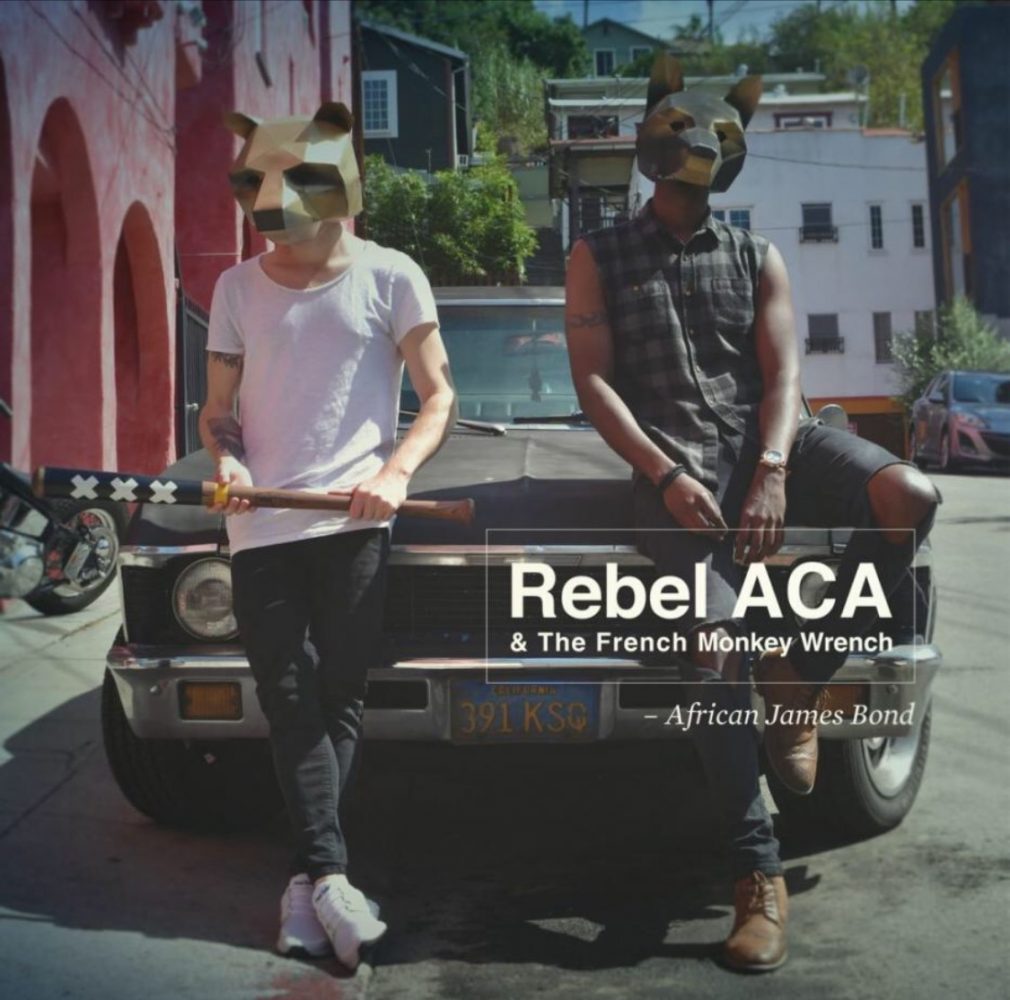 Rebel ACA & French Monkey Wrench Premier Hot New Single “African James Bond” a track that will put a grin in your face and will make your head groove. Reminiscent of the old days of Gorillaz mixed with that vintage vibe inspired by many British indie acts, the freshness of this tune and the musicality all the way through will make you sing the main hook in your head for days. Now available worldwide, get your copy today! 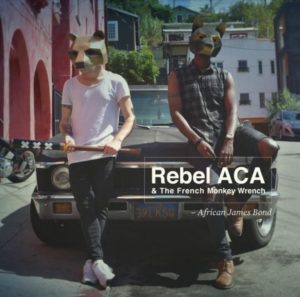 Rebel ACA and French met nearly 15 years ago, as one managed, and the other produced a funk reggae band. And ever since, their completely opposite nature in almost every way, has kept them attracted, like a nut and ratchet.They’re real life childhood nicknames happen to be The Bear, and TheWolf. No-one knows or tends to question why, as it would make sense if you met them – but yeah. We don’t know which one is which either.

Rebel ACA (The ACA stands for – Anti-clockwise Attitude… ) when in full (arm) swing – can break anything, and French meanwhile is an absolutely inspired fixer – sometimes with his monkey wrench. French who sleeps under a harpsichord in his tiny flat with him and his daughter, and the Re-bel who never wants to go to sleep – like a young petulant child.

And it would seem that they need each other – as apart from the fact you wouldn’t have this album – the Rebel would have no-one to fix his shit. And French would have not enough to do and would start fixing what wasn’t broke. And we all know how that’s not supposed to be a good idea at all.

What The Industry Is Saying:

“Rebel ACA is definitely an example of the untapped awesomeness on the fringe of British Hip-hop, and he’s gearing up to release alongside a man named French Monkey Wrench (which means it’s gotta be dope with that kind of name)” – Contentdope.com

If you live among wolves, you have to act like a bear. Sunday’s Cool. Monday isn’t. Hip Hop, not from the streets, but from the park.