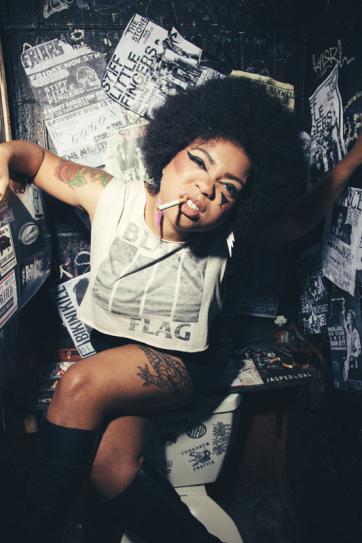 Electric Blue is a fascinating new indie film project by director Jen West.
It’s the story of a biracial punk rocker in 1980’s New Orleans who must destroy a cursed family heirloom before it forces her to repeat the same deadly and heartbreaking cycle as her ancestors. We’ve cast AJ Haynes of the Seratones (an up and coming band out of Shreveport, Louisiana) as our lead. She’s also writing 5 original songs for the film. You can listen to a recent Paste Magazine performance by her here: https://www.pastemagazine.com/articles/2015/11/seratones-dont-need-it.html
Electric Bleau has a diverse cast and 90% of the characters are female. It’s a thriller with a killer musical component.

To help finish the film they have a crowdfunding campaign that was just launched a few days ago for development funds, and are currently seeking 1.8 million to make the film. Exciting conversations are underway. Seed&Spark is also pushing out weekly project updates from us to their 20k email audience and 15k social audience. Here is the last one that went out Tuesday, 1/12: https://www.seedandspark.com/blog/eye-of-the-beholder