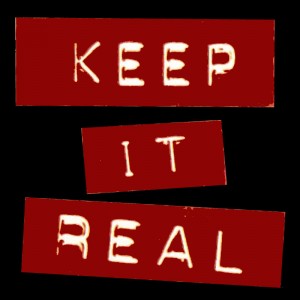 Real Talk – artists that gave you it straight!

10 artists past and present keeping it real…

Crucial to Jay Z’s successful career marketing moves over the years was his tight relationship with rap Industry pioneer Dame Dash. Leaving Jay Z to concentrate on his music, Dash was the rappers fierce representative both in and out of the board room. These days Dame and Jay don’t even talk, never mind work with each other, but check out Dame Dash kicking off on Def Jam employees who apparently tried having a meeting about Jay without Dash being present … Ouch!

Julian Lennon“As a father. I don’t have much respect for him … at all” Julian Lennon gives a very real account of what it really felt like to be the son of John Lennon.

On one hand he’s seen as one of Hip Hops most successful figures and with out doubt a big influence to other rap entrepreneurs who came after, like brothers Birdman and Slim and the Cash Money movement. But it’s always understood that no artist who ever signed to Puffy / Diddy ever came out lookin too good on the finical front … which is what happened when he signed one of 90s New York’s greatest rap groups The Lox. Listen to both Styles P and Jada Kiss wade into Diddy on NY radio as he decides to ring in to the station after hearing the rappers tell all about the groups dodgy financial affairs while on Badboy Records.

Real talk of another kind and one that’s sometimes too awkward to openly discuss. Taking part in 90s programme ‘The Prozac Diaries’ Bernard Sumner talks openly and honest on his own problems with obsessiveness and depression and how it impacted on his songwriting, as well as sharing his experiences and thoughts on using Prozac for the first time.

Well what did you expect, John Lydon speaking at MOJO award show and there’s no shout outs to the record companie execs … perfect antidote to the usual backslapping award scene.

DJ Whoo Kid -on repeatedly getting fired by 50 cent

The approachable / laid back DJ Whoo Kid shares his own personal moments and gives insight on touring and working with 50 cent, on continually being sacked and reinstated by the Queens rapper and ending up on the run after leaking an Eminem track.

Signalling an end to the ‘peace and love’ era of the 60’s with this 1970 interview John Lennon reveals his true feelings on The Stones, Jagger and what they supposedly stood for. Blowing the myth that the rivalry between the groups was just an angle the media built up with a collection of cutting comments like… “…they were not in the same class music wise or power wise and Mick always resented it”.

A meeting of some of New York’s finest MC’s and faces including Method Man and record label ‘Murda-Inc’ boss Irv Gotti along with Lauren Hill and Jereu Dejama, all getting down to the most real open discussion on race by any musical figures you’ll probably ever hear. Remember though this is from the mid-90’s and the whole conversation and idea behind both race as well as the class system has evolved since then, but its probably Jeru Dejama who makes the biggest impact with his ‘Art of War’ logic with the phrase…”Know yourself, and know your opponent, and you’ll never need fear the outcome of a 100 battles.”﻿

A painfully honest insight to the plight of the junkie rock star.

If anything you can say he always kept it real, whether it was giving interviews in his pyjamas or telling you repeatedly about his history with gonorrhoea. I’m sure he did give back to many in his community, but put on the spot he was likely to say anything.

All words by Carl Stanley. You can find more writing by Carl on Louder Than War at his author’s archive.