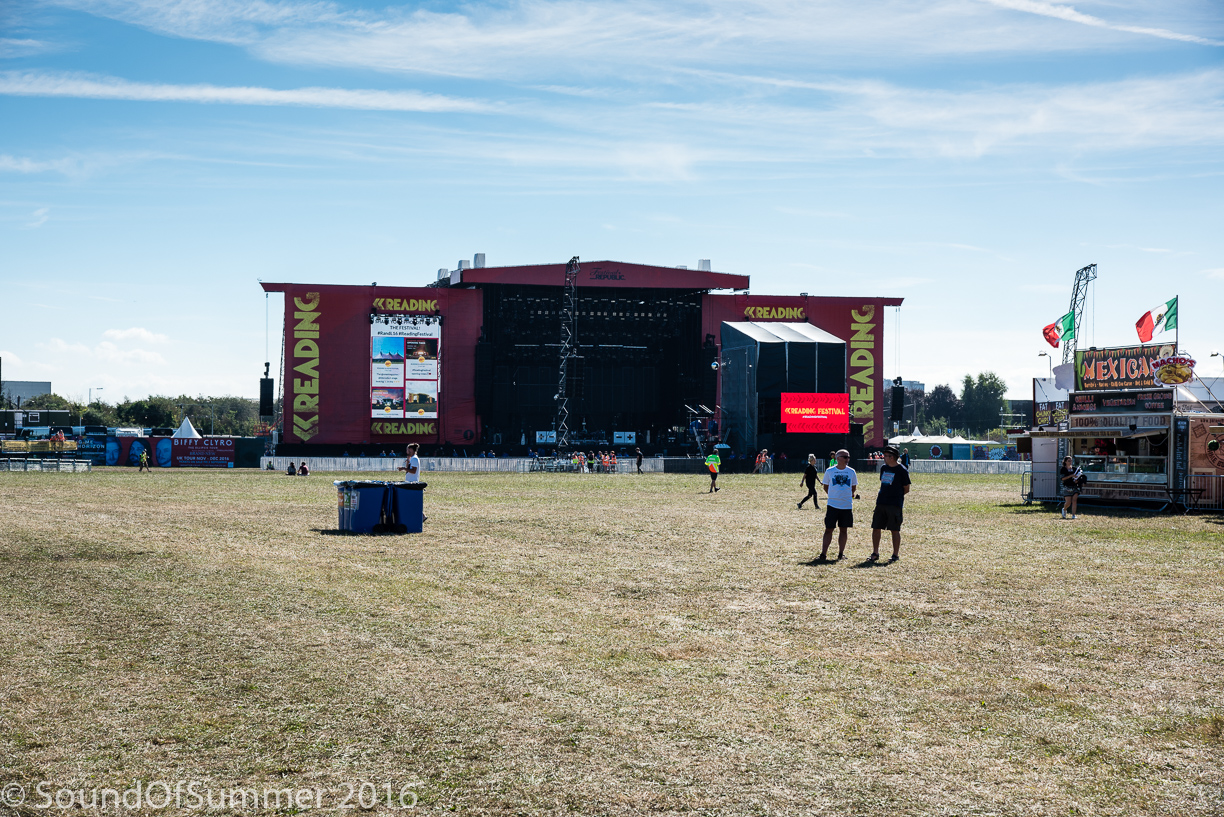 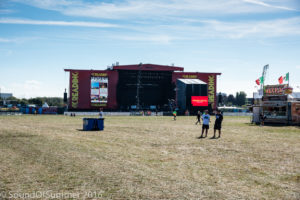 Reading Festival has come and gone for another year.  Alan Ewart was there to check out the action at what must now rank at as the UK’s premiere music festival.

There is just one way to describe this years Reading Festival.  It was hot!  As the temperatures soared for the bank holiday weekend the huge crowds showed that they had come to reading to party, and what a party it was.  For the first time in my experience Reading put on some entertainment on Thursday evening.  The arena was partially open and this year saw the addition of the Jagerhaus stage in the yellow campsite.  There were Dj sets from the likes of Daniel P Carter to warm the crowd up for the main event.

With headline sets from the Red Hot Chilli Peppers, Biffy Clyro and Foals to enjoy the MainStage crowd was well catered for but for this raging punk the realm action is away from Readings big stage.  Over the last few years The Pit/Lockup stage has become my favourite festival stage largely as a result of the non-stop lineup of the best talent in the world of punk, metal and hardcore.

This years Reading MainStage was opened by the irrepressible Frank Turner who was celebrating his tenth consecutive year at the festival.  Turners namesake Frank Carter with his Rattlesnakes followed up with a storming set during which he attempted to create the worlds biggest circle pit.  I did venture away from The Pit to see Twenty One Pilots deliver the one of the most extraordinary performance I have ever seen.  Tyler Joseph went crowd surfing in a giant Zorbing ball and Josh Dun loaded his drums onto a a platform and went crowd surfing whilst playing his drums.  I have seen double bass players crowd surfing but drummers!! 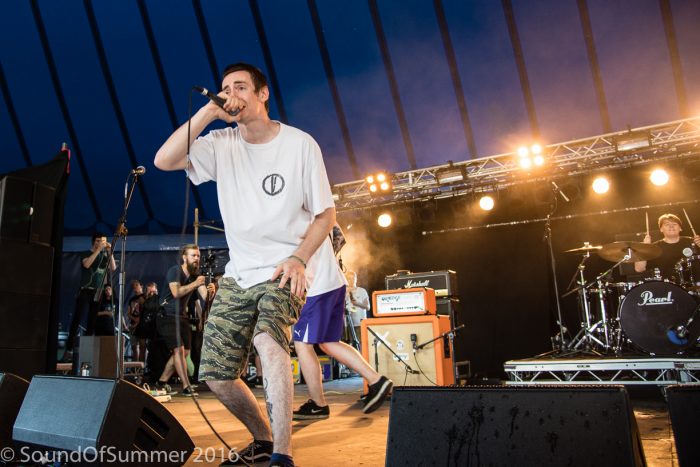 With the likes of Creeper, Trash Boat, Asking Alexandria, Hacktivist and Crossfaith playing in The Pit on Friday it was difficult to drag me away from that venue.  To be fair that was to set my agenda for the majority of the weekend.  Dead, Milk Teeth, Heck and Good Charlotte all turned in excellent performances but two bands on Sunday win my award for the best sets of the weekend.  Newcomers Greywind turned in what for me was the most exciting set of the weekend.  Siblings Steph and Paul O’Sullivan from Killarney, Ireland have been a true overnight success after being picked up by Universal and Raw Power Management on the strength of their first song as a band “Afterthoughts.”  Make no mistake Greywind are headed for the big time.

For a sheer sense of joy, exhilaration and energy you have to look no further than the King Blues.  I have caught these boys on at least six occasions this year and despite a seemingly never-ending change of lineup this the best performance I have seen from them.  Itch told the Reading crowd that they are working on a new album so lets hope this punk & ska outfit kick on and reap the rewards they so richly deserve.

Of course there were notable performances across the weekend, Churches, Deaf Havana, Five Finger Death Punch and Ezra Furman were all superb. 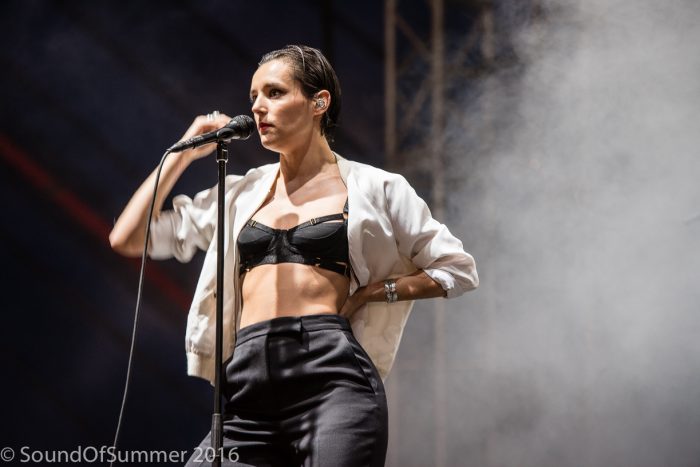 It is fair to say that for many people Reading Festival has become synonymous with teenagers acting excessively.  Having attended the last three Reading Festival’s I see a high concentration of young people having a great time.  For some it is a blowout after the exam results arrive but I have to say that the vast majority of those I met were polite, friendly and full of fun.  In common with most large festivals Reading does suffer from people who leave it to others to clean up behind them.  I must say that reading is no worse than anywhere else for this and I have seen improvements in recent years.

The truth is that Reading can lay claim to being the UK’s best music festival.  There is something for everyone at Reading and when the sun shines the festival is a joy, a real treat for the young and the young at heart.

Next years Reading Festival tickets went on sale today and the event will take place at its normal location between 24 and 27 August 2017.