Home News READ THIS! Madonna’s impassioned speech against ageism and sexism against woman in... 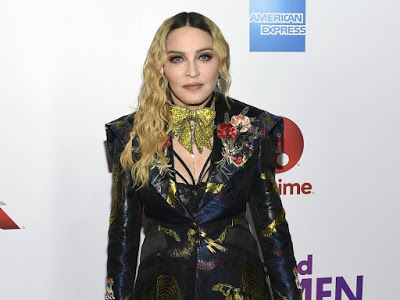 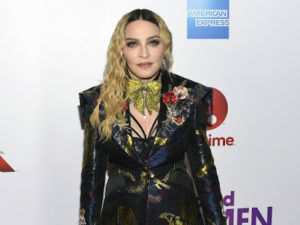 The Rolling Stones may have had to put up with a bit of this over the years but even that died down in the end when they became elder statesMEN but the older you get the meaner the media get – especially and almost only if you are a woman.

For the past few year’s the debate around Madonna has not been around her music but the fact that she is astonishingly getting older – with the not very subtle subtext being the endless tutting about her age and how dare she act like she does by the Daily Mail mentality of the modern world.

“I stand before you as a doormat. Oh, I mean, as a female entertainer,” Madonna said. “Thank you for acknowledging my ability to continue my career for 34 years in the face of blatant sexism and misogyny and constant bullying and relentless abuse.”

Recalling her life as a teenager when she first moved to New York:

“People were dying of AIDS everywhere. It wasn’t safe to be gay, it wasn’t cool to be associated with the gay community,” Madonna recalled. “It was 1979 and New York was a very scary place. In the first year I was held at gunpoint, raped on a rooftop with a knife digging into my throat and I had my apartment broken into and robbed so many times I stopped locking the door. In the years that followed, I lost almost every friend I had to AIDS or drugs or gunshots.”

“In life there is no real safety except for self-belief.”
“I was of course inspired by Debbie Harry and Chrissie Hynde and Aretha Franklin, but my real muse was David Bowie. He embodied male and female spirit and that suited me just fine. He made me think there were no rules. But I was wrong. There are no rules — if you’re a boy. There are rules if you’re a girl,”
“If you’re a girl, you have to play the game. You’re allowed to be pretty and cute and sexy. But don’t act too smart. Don’t have an opinion that’s out of line with the status quo. You are allowed to be objectified by men and dress like a slut, but don’t own your sluttiness. And do not, I repeat do not, share your own sexual fantasies with the world. Be what men want you to be, but more importantly, be what women feel comfortable with you being around other men. And finally, do not age. Because to age is a sin. You will be criticized and vilified and definitely not played on the radio.”
Madonna also opened up about the time in her life when she felt “like the most hated person on the planet,” she said, as she became emotional..
“Eventually I was left alone because I married Sean Penn, and not only would he would bust a cap in your ass, but I was off the market. For a while I was not considered a threat. Years later, divorced and single — sorry Sean — I made my Erotica album and my Sex book was released. I remember being the headline of every newspaper and magazine. Everything I read about myself was damning. I was called a whore and a witch. One headline compared me to Satan. I said, ‘Wait a minute, isn’t Prince running around with fishnets and high heels and lipstick with his butt hanging out?’ Yes, he was. But he was a man.
“This was the first time I truly understood women do not have the same freedom as men,”
“I remember wishing I had a female peer I could look to for support. Camille Paglia, the famous feminist writer, said I set women back by objectifying myself sexually. So I thought, ‘oh, if you’re a feminist, you don’t have sexuality, you deny it.’ So I said ‘fuck it. I’m a different kind of feminist. I’m a bad feminist.'”
“I think the most controversial thing I have ever done is to stick around. Michael is gone. Tupac is gone. Prince is gone. Whitney is gone. Amy Winehouse is gone. David Bowie is gone. But I’m still standing. I’m one of the lucky ones and every day I count my blessings.”
“What I would like to say to all women here today is this: Women have been so oppressed for so long they believe what men have to say about them. They believe they have to back a man to get the job done. And there are some very good men worth backing, but not because they’re men — because they’re worthy. As women, we have to start appreciating our own worth and each other’s worth. Seek out strong women to befriend, to align yourself with, to learn from, to collaborate with, to be inspired by, to support, and enlightened by,” she urged.
“It’s not so much about receiving this award as it is having this opportunity to stand before you and say thank you,”
“Not only to the people who have loved and supported me along the way, you have no idea…you have no idea how much your support means,” she said, tearing up for the second time. “But to the doubters and naysayers and everyone who gave me hell and said I could not, that I would not or I must not — your resistance made me stronger, made me push harder, made me the fighter that I am today. It made me the woman that I am today. So thank you.”