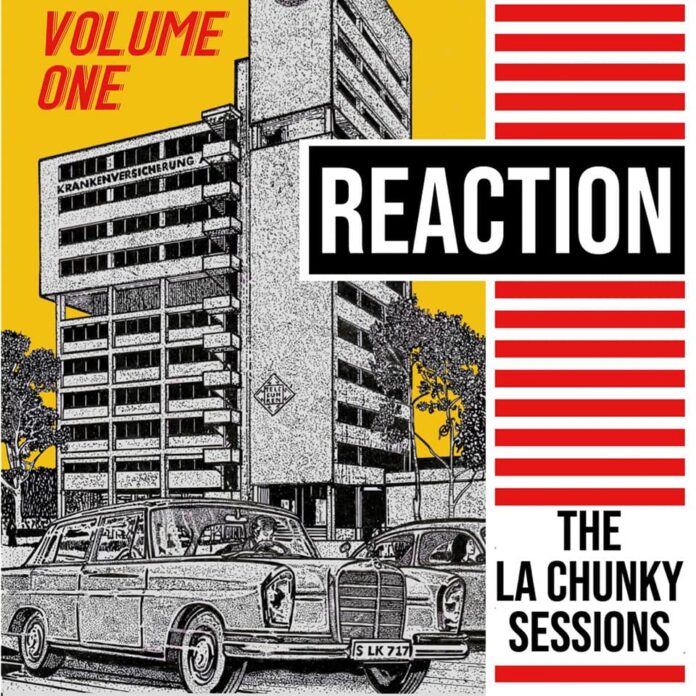 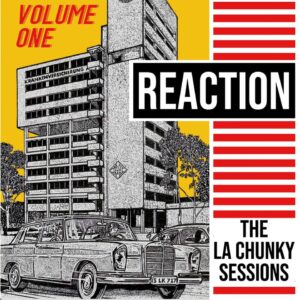 When John Robb reviewed Reactions Keep It Weird, Keep It Wired album he called it a classic punk rock ’n ‘ roll album from Scottish band who not only live the form but find new ways to celebrate it’.  This EP is cool too says Ged Babey but it’s the band having fun rather than trying to impress and progress.

It takes just five seconds of the first song to know…. you’re gonna LOVE this.  Proper. Punk Rock’n’Roll.  With a punch the air chorus… Anytime! Anytime!

With so many of the punk generation stuck in a timewarp musically and in other ways…  it’s always great when a band like Reaction appear and have obviously listened to other genres and kept up with newer styles.  It means their own sound is kept fresh (as well as weird and wired).

After the trumpets, country and soul influences on their acclaimed second album, these sessions – not recorded in LA, but a studio called La Chunky – are not exactly the cliched ‘back to basics’ approach, just a getting reacquainted with the energy and drive of writing and rehearsing new stuff in their default American Punk setting.  There is still more musicality and verve here than in yer average punk bands repertoire.

The lead track, Illuminate goes from sounding a bit like Ex-Lion Tamer to (almost) Freak Scene within the space of two minutes. It’s a punk rock’n’roll epic of red-hot guitar-playing, machine-gun drumming and singalong energy. It’s like a long-lost hit single from 1979 or 1989.

The home-made rocky-horror video doesn’t really do it any favours in my opinion.  Fun to make no doubt, but the song is too classy and Reaction are several cuts above Dirt-Box Disco style-punk.

Stay Pretty seems to nick a bit of guitar from Arctic Monkeys You Look Good On the Dancefloor and is a nice piece of ramalama punkerama from its Manics-style title to it’s stop-dead gear changes.

Strychnine is a proto-punk original which is always good to hear new versions of, particularly when they are adapted and made-your-own. Joe Whyte proves he can play guitar as well as he writes (for Vive Le Rock). Carson’s vocal is the sound of a grown man having as much fun as possible with his trousers on.

Reaction proved themselves with the Accelerator album and pushed themselves with Keep It Weird, Keep It Wired. The La Chunky sessions were quite possibly intended as demo’s but ended up being such fun and such a reaffirmation of what the band were originally about, that they just had to be released.

It’s only Rock’n’Roll, maybe. More songs about girls and good-times perhaps but Reaction are a fine, fine band who deserve attention and the appreciation of punk rock’n’roll fans of all-ages from all-over.