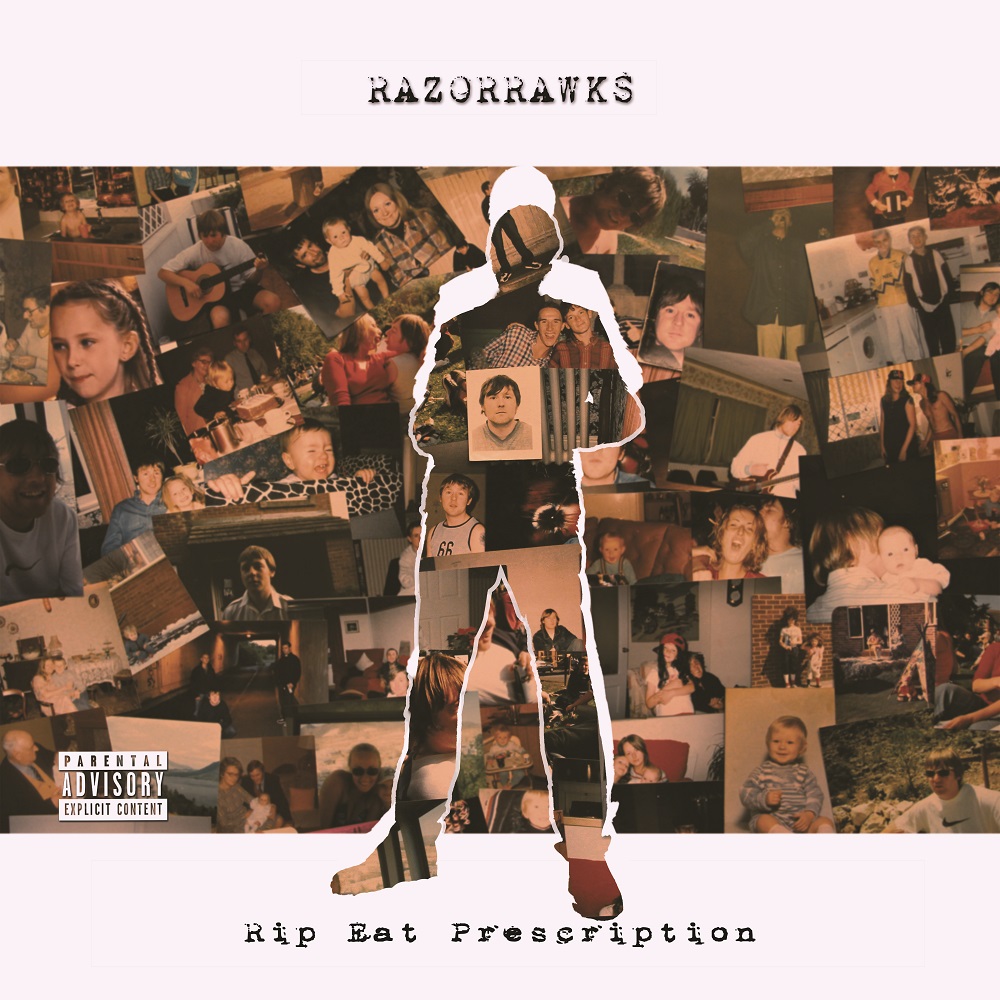 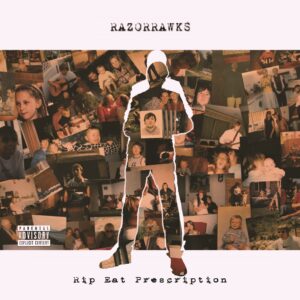 It may only be January but, with Rip Eat Prescription Preston’s Razorrawks may just have one of the albums of the year, for this is one special album. To say it has balls is an understatement. What you have here is any album so full of power, aggression and emotion that it often beggars belief.

Set against a backdrop of depression and social commentary, Rip Eat Prescription uses no ‘conventional’ samples instead utilising incredible sounds from sample packs which tear and rip apart any chance or semblance of a regular album.

Following the overture track Out Inside is Bang Your Head which indicates where Razorrawks wants to go with his very unique style of rap and hip-hop – “I wanna make the kinda beats you bang your head and snap you neck to” – you can’t argue with that – “til your lymph nodes grow and they explode”. The track tears a huge hole in the World of his genre and set the bar so incredibly high that it has to be heard to be believed.

Maybe the time is right for Razorrawks too with the music World seemingly orgasming over everything that Sleaford Mods do whether it be album release or simply breaking wind, the hard-hitting everyday themes forming as much part of our lives as it is on the subject matter. Snakes On Ladders dictates a tale of social divide where pensioner Jack is given the option to choosing between ‘eating and heating’, this is happening in your street folks, in this proud Tory land of food banks and starving children, Razorrawks is a voice of the working classes.

By his own admission, it’s all about lyrics, beats and truth as this modern day poet (for he is one) throws amazing couplets and lines together like it was his daily tongue. There’s profanity yes, but sometimes it’s the only way to make people understand and get a powerful message across. Discontinuation Syndrome features original guitars and strings together with the accompanying voice of Bianca Kane and a video shot in split screen depicting both homelessness and depression. It’s a compelling watch and listen and all too common a scenario showing that the album isn’t all aggression and shouting.

Rip Eat Prescription offers something new and fascinating, as Razorrawks explained: “I really feel strongly about pushing forward a sound which means not relying on sampling in the broadest hip-hop sense”.

Don’t take or word for it, listen to this album and tell us you aren’t impressed as House Of Frauds pumps heavy bass lines and pounding percussion out of your speakers. The album pours a stream of all things relevant and even ends on a positive note with Feels Like I’m Well as it takes a poppier melody to the close of the fourteen tracks in show.