Amidst an extensive tour, Ray Davies’ Birmingham stopover managed to impress and entertain, despite a late start. Dave Jennings gives us the full story.

There canât be too many national treasures who are subjected to the slow handclap for perceived tardiness on stage, yet are still able to hold the audience in their palm for ninety blissful minutes andÂ  leave them baying for more. However, in his own words, Ray Davies is â not like everybody elseâ and striding onto the stage a good 25 minutes after the house announcer told us the show was about to start, he simply spread his arms and said âthatâs a great welcome for Bill [Shanly, his excellent guitarist] but what about me?â If anyone truly thought a slow handclap would bother a man who for nearly 50 of the most creative years in rock history has turned contrariness into an art-form whilst simultaneously inspiring and infuriating those closest to him, they were sadly mistaken. Despite any other creative baggage he may carry, on-stage Ray Davies is truly at home and proceeds to lead his audience through some of the finest moments in rock history.

Kicking off with just Bill on stage, âthe Modfatherâs Godfatherâ launched into the traditional opener of âThis is where I belongâ, followed by the lyrical gyrations of âAutumn Almanac âand âdedicated Follower of Fashionâ it was clear this would be an evening of familiar hits, and thereâs certainly plenty of them to choose from.Â  Always worth hearing are the stories that accompanyÂ  these songs like the bewilderment of the other Kinks on hearing âSee My Friendsâ for the first timeâ, apparently was something like âWe love it, but havenât got a clue what youâre going on aboutâ. Whilst Ray is undoubtedly a master of his craft, the arrival on stage of the rest of his band during the still hugely relevant lament that is âDead End Streetâ, added the depth to the sound that is so essential to so manyÂ  of these songs.

Shortly after this, Ray left the stage for the first of several changes of clothing before returning for âVictoriaâ and then the epic â20th Century Manâ where, as usual, he reads the intro from X-Ray, his autobiography that perfectly showcases his life-long hatred of bureaucracy and people dressed in grey, as well as delivering biting satire on the age in which the song was written, âthe wonderful world of technology/ napalm, hydrogen bomb, biological warfareâ. Those who are searching for the roots of punk could do worse than examine the career of Ray Davies and work back from there. More Kinks classics follow in âTil the end of the dayâ and âWhere have all the good times gone?â before a breathlessÂ  version of âMuswell Hillbilliesâ is followed by âWaterloo Sunsetâ as it was first played for Dave Daviesâs approval, the ex-Kink guitarist and younger sibling of Ray was name-checked several times to the approval of the audience. The theme of his family, which runs through the Davies song-book, Â was evident in several songs here tonight, most touchingly onâ Oklahoma USAâ Â about the escapist dreams of his sister Rosie and âA long Way From Homeâ written for brother Dave in 1970 at the end of a decade of hell-raising behaviour. Bringing the set to a close with a shout of ârock and roll will never dieâ, âAll Day and All of the Nightâ displays all the energy that is still part of the Davies DNA.

Returning for an encore of âDaysâ quietly dedicated to Pete Quaife followed by âCome Dancingâ for his sister Rene whoâs tragic story inspired the song, Ray had them literally dancing in the aisles despite the best efforts of overly officious security to stop it. Following the traditional handshakes with the crowd at the end, Ray decided spontaneously to bring back his band and doâ Lolaâ which was to bring the show to an end. Leaving the stage to shouts for more, he had clearly decided that tonight there would be no performance of âYouâve Really Got Meâ. We were promised a return next year with a new album and, if that proves to be the case, it should be a date for the diary. You should always try to see a legend, theyâre not making many more of them.

All words by Dave Jennings. You can read more from Dave HERE. 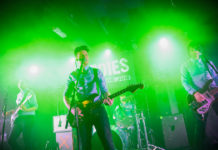 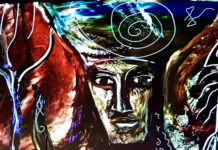 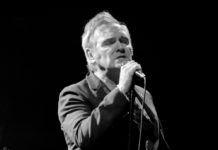 Neil Bob Herd and The DLAB: Every Soul a Story –...

February 5, 2018
We use cookies to ensure that we give you the best experience on our website. If you continue to use this site we will assume that you are happy with it.Ok