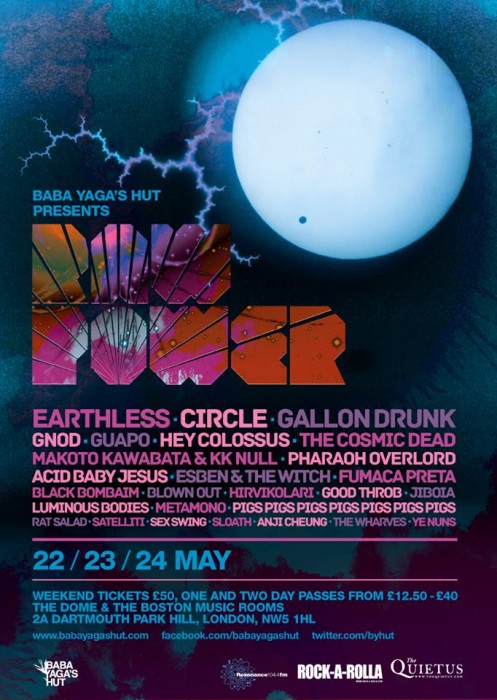 Raw Power Festival, which features the best  in psych heaviness, spacerock, synth craziness and left field electronica, is set to return to London this May. Full details below.

In just under two months’ time, Raw Power Festival will be making a return to London’s Tufnell Park. The three-day indoor event will be showcasing some of the best cutting edge bands around today across both The Dome’s 600-capacity room and the more intimate Boston Music Room below.

Friday May 22nd will see a stripped-back, three-act bill consisting of Gallon Drunk, Gnod and Luminous Bodies. From Saturday 23rd onwards, the line-up expands to include such acts as Pharaoh Overlord, Guapo, Earthless and Esben & the Witch, with Sunday seeing The Cosmic Dead, Circle, Hey Colossus and Acid Baby Jesus, among others, closing the party.

Incidentally, you can catch some of last year’s acts, including Flamingods and Acid Mothers Temple, at other upcoming BYH events. Click here for details and tickets.

There’s a playlist featuring the bands taking part which you can either listen to over on Spotify, or via this widget…