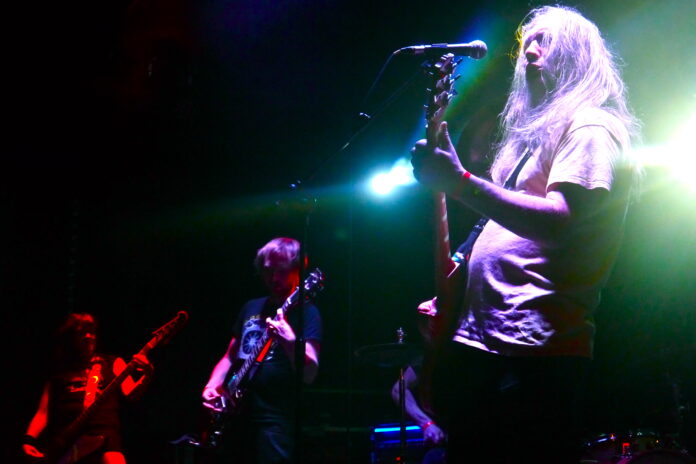 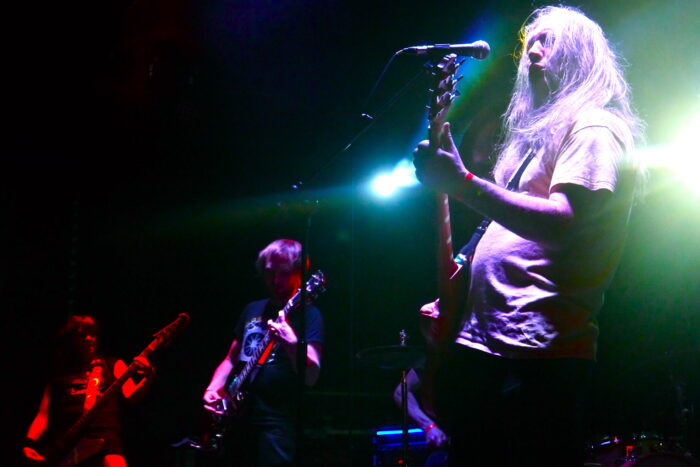 For a festival still very much in its infancy, it’s impressive how the promoters of Raw Power seem to have already nailed down a formula as pleasingly simple as it is simply pleasing to the Tommy Saxondale-alike crowd it attracts. For tonight, much like last year, we have a three-act bill to open the weekend that progresses from newcomers through to veterans of the scene, bound by an overt enthusiasm for lengthy improv and thundering distortion.

Borrowing members from Terminal Cheesecake, Psychic Pussies and several other bands, part-time supergroup Luminous Bodies set the pace with a helping of their “scumbag lysergic racket”, frantically underpinned by dual drummers Dan Hunt and Luca Zoo Franzoni (if that is his real name). To follow, drone-rockers GNOD bring the room to its maximum, slow-mo headbanging capacity, only for it to be steadily emptied out later on by tonight’s headliners.

Listening to their early work, it’s possible that Gallon Drunk could have become one of the spearheads of UK post-punk had they happened to form a few years earlier than when they did in 1988. But alas, what was once a sound that could earn them favourable comparisons to The Cramps, The Gun Club and The Birthday Party largely gets left behind tonight, with an unconvincing diversion into boorish, self-indulgent dad-rock in its place.

Things pick up with the more varied offerings of Saturday, encompassing a spellbinding set of dark, ethereal gothic-pop from Esben & The Witch alongside ramshackle riot grrrls Good Throb. (The fact that they have a song called The Queen Sucks Nazi Cock probably sums them up better than any review ever could.) 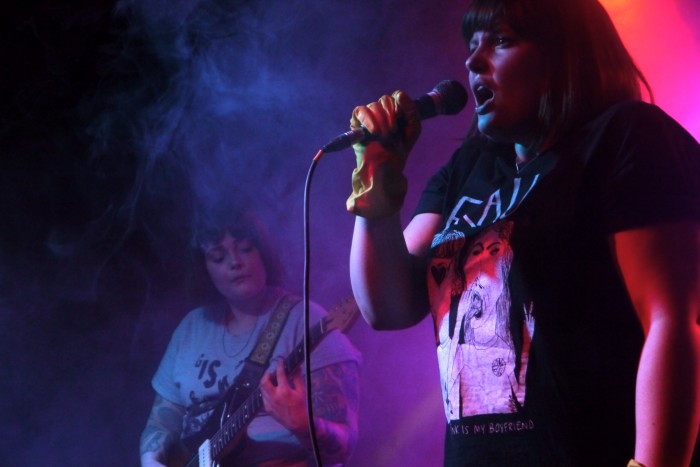 Meanwhile, Pharaoh Overlord redeem an otherwise monotonous set of fuzzy drone-psych by closing with a razor-sharp cover of Spacemen 3’s Revolution, instilling some new energy in the room which is, again, gradually drained by the day’s headliners. That Earthless string a seventy-minute set out of no more than five songs gives you some idea as to their style. Granted, their skilful, sincere playing is worth all the praise it gets, but ultimately, and arguably through no fault of their own, they are rendered indistinguishable from a good 90% of acts on the bill.

Dutifully, I return on Sunday, enthusiasm diminished though with my hope still intact that things can turn around. On this basis, Makoto Kawabata & KK Null are perhaps the worst band I could imagine walking in on. A pair of hardcore noise-niks armed with little more than a guitar and a laptop, they effectively deliver an hour’s build-up to a song that never comes. The crowd only grows as they plough on, but factoring in the organisers’ decision this year to avoid set clashes completely, it seems likely many watching are doing so out of bewildered curiosity in lieu of any alternative.

It’s a technicality that would also appear to benefit Black Bombain and The Cosmic Dead, who bring their own takes on what is broadly the same pseudo-psych, quasi-krautrock sludge passable in small doses but grating come day three of little else being on offer. Two bands, however, manage to save Raw Power from leaving an entirely stale taste in the mouth. 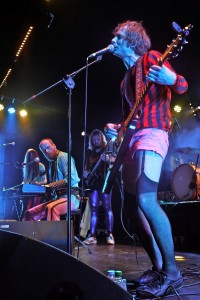 First up, Acid Baby Jesus. The name doesn’t hold much promise, but this Greek four-piece (five tonight with bonus percussionist) are a breath of fresh air from the get-go. Young, sprightly and antithetical of so many bands with whom they’ve shared the bill this weekend, they blend sharp ‘60s garage-psych guitars with rigid, driving basslines, plus a cheekiness that gets the lights turned out on them at one point (after repeatedly saying they were too bright).

Expecting another one of “those bands”, as a fellow critic puts it to me, main stage closers Circle demonstrate they are a quite different beast the second they strut into view, with a retina-rousing flair for sci-fi-cum-hair-metal theatrics, and just a touch of bollock-chaffing androgyny to top it off. Their set is a larger-than-life display of epic guitar solos, incoherent stage banter and Spinal Tap poses. The crowd hang on to every note, eager to see what batshit direction things will take next; and, to a degree, my faith in the Raw Power formula (if such a thing exists) is restored.

If there’s an overriding aim to RP, it seems confounding the expectations of all who enter fits the bill quite aptly. Last year, this was achieved with unpredictable, eclectic programming throughout. This year, give or take, they saved the best ‘til last. I know which I prefer, but should guest-list privileges not be forthcoming next time round, I’ll happily pay to go again.