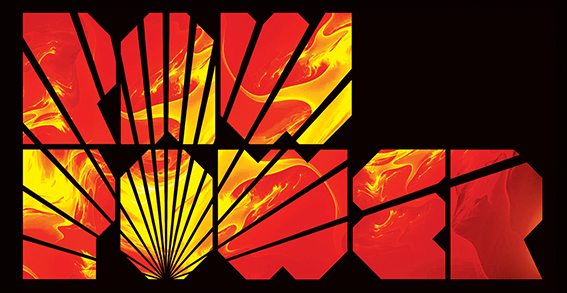 2014 saw the debut appearance on the packed London music festival scene of Raw Power, a festival which, in its opening year, not only lived up to its name but proved itself to be an unmitigated success to boot. And the good new is that it’s coming back in 2015 too, with the dates now having been announced and early bird tickets now on sale. Details, along with news of another cracking show the promoter’s putting on, below.

Quoting from our review of Raw Power 2014, “a truly alternative, obscurest festival for like-minded psych-fiends” we said:

Rarely do you get the impression at festivals that everybody there is there primarily for the music. Granted, the setting of a north London pub / gig venue is hardly conducive 24-hour sessions of getting lashed in a field while documenting the entire event on Instagram. But even so, it’s to the infinite credit of promoters Baba Yaga’s Hut that they appear to have struck upon a gap in the festival market that nobody even thought existed. Here’s hoping it returns next year to unite and deafen us all once again.

And returning it is as last week we received the following email from Baba Yaga’s Hut booker Anthony Chalmers:

After the massive success of our 2014 weekender featuring acts like Acid Mothers Temple, Mainliner, Clinic, Bo Ningen, Richard Pinhas, Terminal Cheesecake, Hey Colussus, Girl Band and a ton more, we are happy to announce the return of RAW POWER on the 22 / 23 / 24 of May at The Dome & Boston Arms.

First acts announced are over from Finland, none other than Circle & Pharaoh Overlord!

First release early bird tickets are on sale now for £35.

Meanwhile we’ve also received news that Baba Yaga’s Hut have also managed to book Chris & Cosey from Carter Tutti Void who’ll be supported by the incredible Nisennenmondai, who played one of if not the best live show we saw this year and who managed to score a coveted spot in our end of year chart. This is one of the biggest shows Baba Yaga’s have put on. It’ll be at Heaven on Feb 15th and you can grab yourselves tickets for this show here and check out the poster for this gig below. 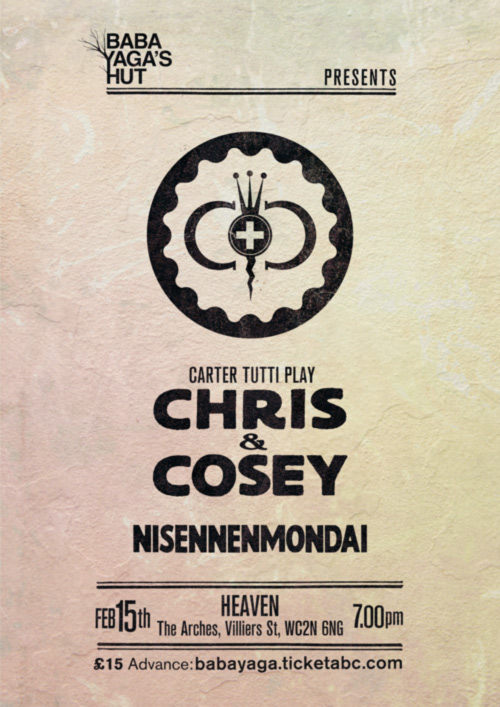