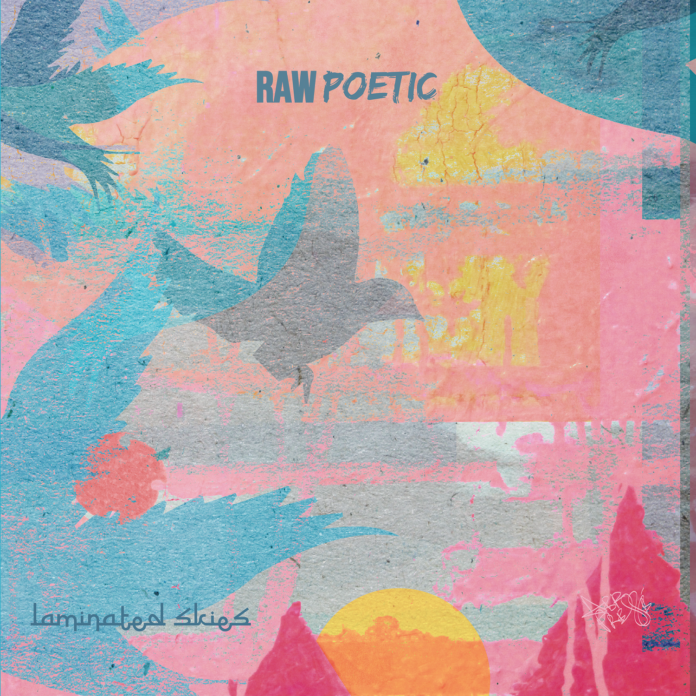 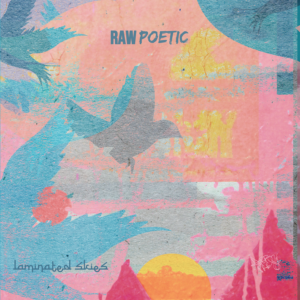 Raw Poetic’s sixth album is his finest yet. Created with contributions from outstanding collaborators, including regular partner, Damu The Fudgemunk, Laminated Skies is cerebral, innovative and musically outstanding. Gordon Rutherford reviews for Louder Than War.

There’s history here – family history, that is. Born in Philadelphia to parents who were both members of the original Black Panther party and nephew of a bona fide jazz icon in Archie Shepp, Jason Moore, aka Raw Poetic, comes from fine stock. No pressure then. Laminated Skies is Raw Poetic’s sixth album, his first for London-based label, Def Pressé, and it’s fair to say that this musical tour de force is his most mature and most accomplished body of work to date.

Laminated Skies is hip-hop plus. Like De La Soul, Raw Poetic has this ability to create a beautiful, dreamy mood with many of these tunes drifting along on a hazy, upbeat vibe. Check out the swinging, infectious Reflected Pearls if you need evidence. A million miles away from much of the genre’s output, this collection is a cerebral form of hip-hop, one that stretches way beyond the stereotype. Indeed, it is entirely at home dovetailing into jazz and funk, which is hardly surprising given Raw Poetic’s recruitment strategy.

Sagely, Moore has surrounded himself with the finest of collaborators. Pride of place goes to his friend and frequent associate, the extravagantly monikered Damu The Fudgemunk. Damu (whose real name is Earl Davis) brings outstanding production along with strings, live and programmed drums, vibraphone, kalimba, melodica, synths and vinyl scratching. He’s a talented dude – but he’s not the only one. He’s joined by Pat Fritz, who brings intricately textured guitars that add a distinctive motif to these songs. But the star of the show, the stand-out performer of Laminated Skies, is Luke Stewart on bass. Stewart has an impressive CV, specialising in avant-garde and experimental jazz, and he brings that imagination and incredible fluidity to the party in spades for Raw Poetic. Furthermore, the synergy between his bass lines and Damu’s beats are jaw-droppingly good. The pair coalesce quite magnificently.

The needle hits the record and we are in a good place. Album opener, Open Roads, introduces Raw Poetic in full-on rap mode. Immediately, you are struck by his distinctive, pristine style, with annunciation as clear as a mountain spring. Open Roads flows into one of the album’s highlights, Chewing Gum. Fritz’s guitar cries plaintively whilst Stewart lays down a bass line that is as funky as hell. Underpinning all of this is Damu’s super-tight beat and, at a deeper level again, an almost elusive wash of glacial synth. The electronic contribution is subtly done. It doesn’t impose on the core of the track; in fact, it could easily be overlooked on casual listening. But once you are aware of it, you can’t escape it.

Much of the first half of Laminated Skies follow in a reasonably similar vein, but it changes gear significantly as it develops. It’s as though the band were feeling their way through the early stages, like an advanced warm-up, before hitting us with the real deal in the second half. That latter section of the album certainly feels more experimental and more imaginative; as though they have decided to really push the boundaries. In doing this, they fulfil their potential.

The perfect example is the outstanding Hey Autumn Pt. 1/When Autumn Replied Pt. 2. Clocking in at over eight minutes, it’s the longest track on Laminated Skies by some distance. It starts off conventionally enough, but as it progresses, it transforms itself into a free-form jazz workout with shades of electronica and prog. It’s an incredibly ambitious composition, but it’s one that Raw Poetic and his group carry off magnificently.

Different again is Intertwined. It’s not the only track on the album that opens with Damu’s elegantly arranged strings, but the difference between Intertwined and Ralph Ellison, for example, is the fact that the strings hang around more prominently on Intertwined. It’s a better track for that. On the album closer, Cadillac, Damu’s vibraphone brings yet another dimension, reinforcing Raw Poetic’s position as one of the most imaginative hip-hop artists around today. It’s also worth bringing up the aforementioned, De La Soul like, Reflected Pearls again. This upbeat banger is undoubtedly one of the highlights of the album, with Fritz’s Steve Lacy-esque guitar lines ringing out like a clarion call.

There is so much to love about Laminated Skies. Raw Poetic and the band are at the very top of their game throughout and the standard of musicianship, like the production, is quite incredible. There is a depth and texture to the majority of these songs, which results in them bringing ever-increasing pleasure with each listen. And, of course, there is the sheer innovation and creativity.

Moore has stated that one of the key inspirations behind Laminated Skies was the Ralph Ellison novel, The Invisible Man. He goes so far as to name a track after the author. If there’s any justice in the world then Raw Poetic will be as far from invisible as possible once this record hits the shelves. Truly, it deserves a wide audience.