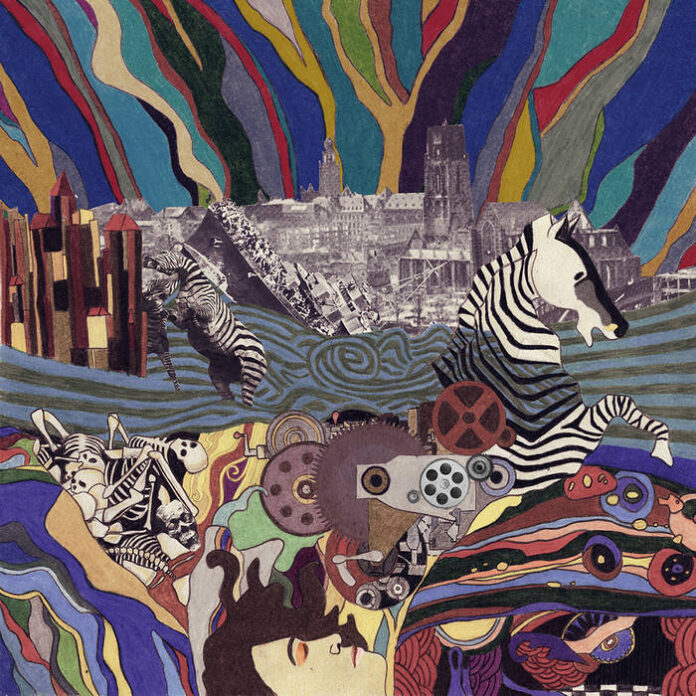 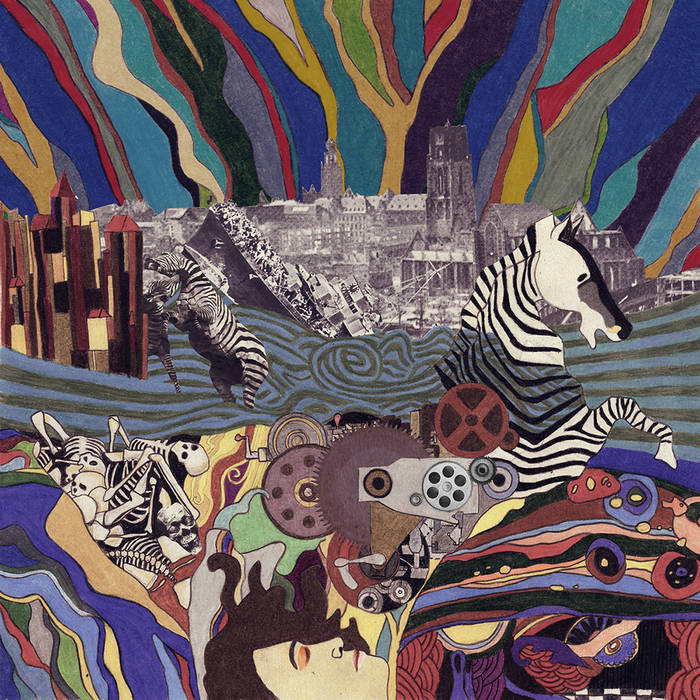 One of Netherlands’s most promising bands change direction on their second opus. Louder Than War’s Craig Chaligne reviews.

Rotterdam based quartet Rats On Rafts have recently been signed by Fire Records. Their second LP “Tape Hiss” was originally released by the Netherlands based label Subroutine. Recorded entirely on analogue equipment and produced by the band, this effort sees them them leaving behind the pop leanings of their first LP “The Moon is Big” released in 2011. “Tape Hiss” is an altogether more aggressive proposition. Closer to the sound of their current live shows, the songs feature saturated vocals and guitars. Opening song “Sleep Little Child” clocking at more than 7 minutes is a multi part epic with intricate layers of guitars and a vocal with a watery effect, it segues into “Composition”, the first of many punk rave-ups on the record. The record suffers a bit in the middle with two songs that sound a bit too similar “Powder Monkey” and “Rat Poison Face”. Things get more interesting with the elegiac “Seaside Tape Hiss” that leaves space in its arrangements and enables the melodies to come through. “Zebradelic” charges through like a galloping horse. However there is a certain craving for some breathing space as you progress through the record. You feel yourself longing for the “Eton Riffle-esque” bass line of “The Moon is Big” or the falsetto of “Patient”, something that breaks that ocean of fuzziness and distortion. Its always a good thing to see a band trying new sounds and playing with song structures but “Tape Hiss” is very dense and retaining a little bit of “The Moon is Big”‘s pop sensibility would have helped to make the record a bit accommodating but Rats On Rafts is a band that takes no prisoners and  who plough their own distinctive furrow and for that they have to be congratulated.

Rats on Rafts will be touring the UK next month :