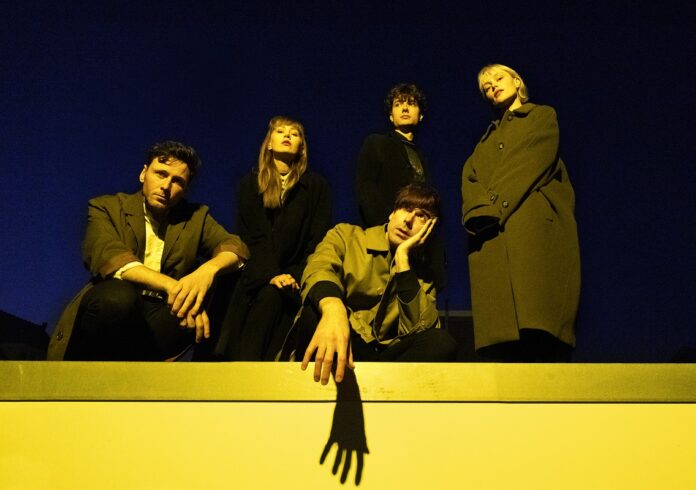 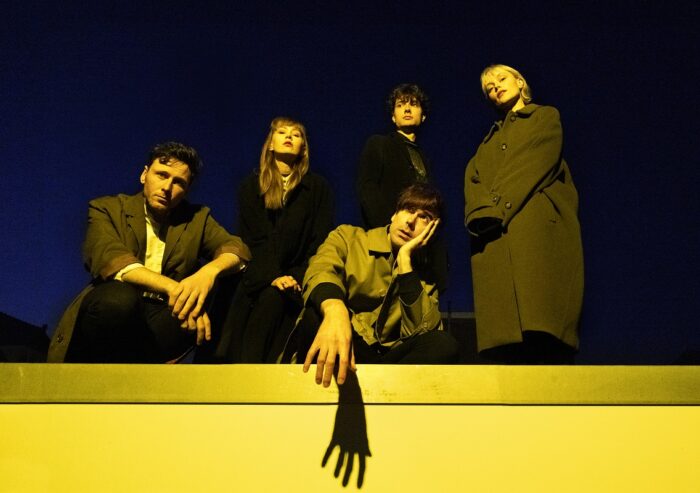 Rats On Rafts return with new song Osaka and a live video from their Visions Of Chapter 3 film.

Their latest album, Excerpts From Chapter 3: The Mind Runs A Net Of Rabbit Paths, was one of our early highlights of the year, melding post-punk urgency with a sweeping psych sound into a stylised modern drama with adsorbing intricate character portraits in a conspiratorial and confrontational world. In their theatrical way, as bands turned to live-streamed shows, they took an extra step to produce an interdisciplinary film in collaboration with A Small Production Company. It’s from that show that the band have taken the fantastic live video for new song Osaka, a title that clearly continues with their fascination with Japan; inspired by their visit to the city a few years ago when opening for Franz Ferdinand.

In an interview with Metropolis, singer David Fagan spoke about the impact of the country on their song Tokyo Music Experience, citing the structure and organisation of the society in an almost futuristic cityscape. Osaka revels in the same kind of guitar motifs that are scattered across their latest album, above all the single Tokyo Music Experience. It’s the sound of stretching neon highways that tower above the streets, the crystalline backing vocals of bassist Natasha van Waardenburg floating ghostlily beneath Fagan’s spoken word. The sum of its parts is a perfect continuation of where their third album left off back in January.

On the track, Fagan says: ““The song has become one of our favourites to play live. The music video was recorded live as part of our music film for ‘Visions Of Chapter 3..’. Because of restrictions it was impossible to play our new album live so we recorded a live show in which many different art forms are combined. We always wanted to create a live music-video with an arranged feel, the music, dance, visuals – it’s all live!”