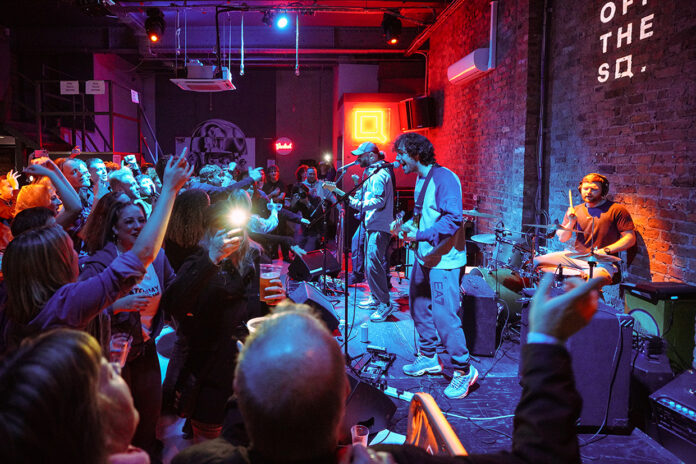 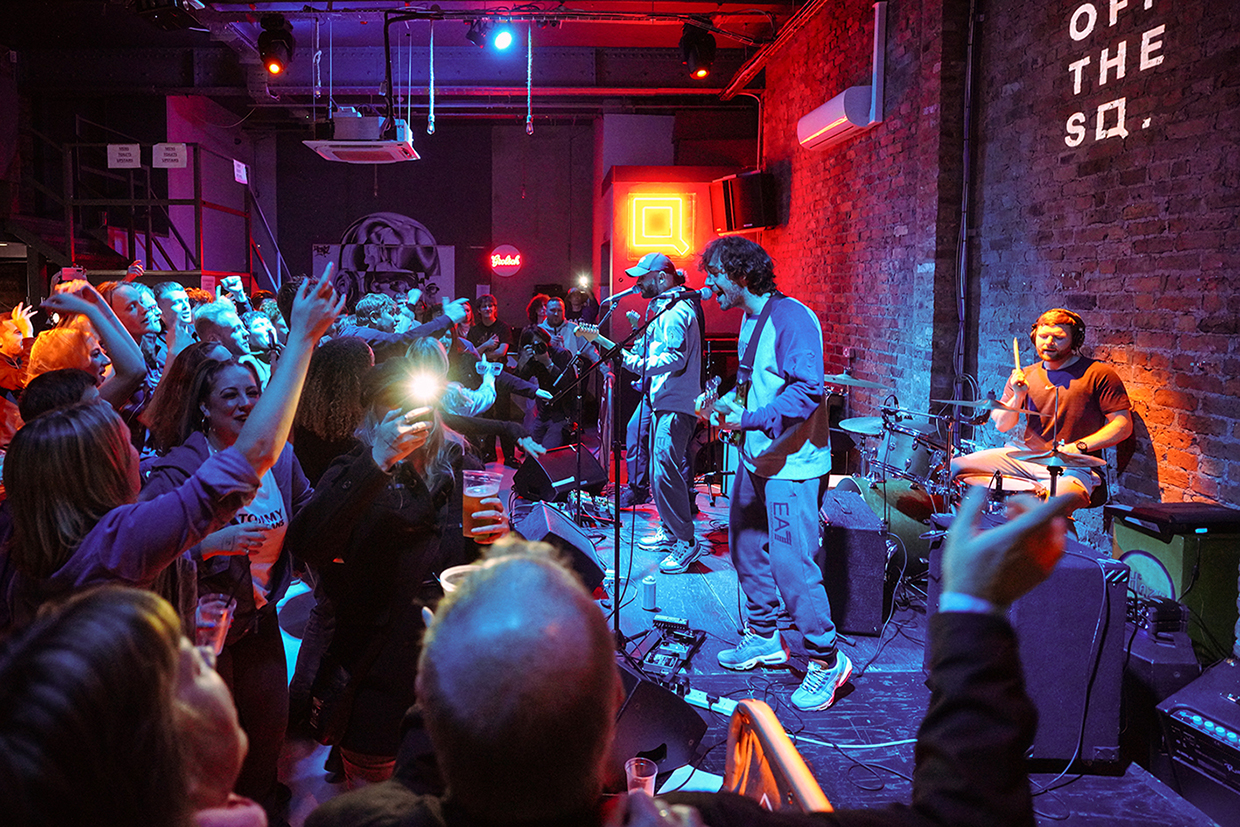 Rats | Sterling | The Panamas
Off The Square, Manchester
13th November 2021

Louder Than War photographer Kenny Brown captured Rats on the Manchester leg of their UK tour.

Off The Square is a small, but perfectly formed independent venue in the heart of Manchester’s northern quarter. It’s sort of perfect for new acts, or more the more established ones who are looking to do something a bit more intimate.

First up is The Panamas, a five-piece from Stockport who have a strong Manchester sound, reminiscent of the ’90s with strong nods to the Mondays, Roses, and Inspirals. It’s a cramped stage for a five-piece, but everyone finds a spot. Solid vocals, strong bass lines, and decent guitar riffs are the order of the day from these lads, and if you ever find yourself at one of their gigs, I reckon you’ll be pleasantly surprised.

Sterling are a Manchester four-piece, and unlike the previous act they come in a lot harder – more rock than indie – and as the venue continues to fill they smash through their first track. Unfortunately, the joy is short-lived as the inevitable technical hitch arises, however, after a few minutes they dive back into their set, albeit with a slightly off-key lead guitar. I sense that the technical issues have thrown the band off their stride, as there’s a nervousness in the music, and when more tuning up is needed, a couple of jokes are tried out on the crowd, and we’ll leave it at that. They continue with the set and, whilst the songs are good, the vibe is lost. I’ve no doubt that Sterling have a great set in them, but it wasn’t to be tonight.

Fresh off the back of supporting DMA’s, and a gig the previous night in Glasgow, Rats have landed in Manchester to do it all again. The set begins right on time, and they start as they mean to go on – banging. Instantly the crowd are bouncing at this sold-out gig, and frontman Joe Maddocks sets the tone with an energy that the crowd continue to feed off all night.

This is a band that is articulate and witty in their lyrics, using lived experiences and keen observations of society at large. On top of this, they produce a sound that is musically solid and tight. It would be easy, and lazy, to draw similarities to bands like the Arctic Monkeys, because this is a very different band. Songs like Jack and Bad Reputation allow the band to show their own brand of indie, which throws together ingredients from classic indie, punk, rap, even reggae. None of this is done in an obvious way, but you can definitely pick it out of the mix. Song after song spills out, and the crowd (which ranges in age from 18 to 60+) continue to lap up every line and chord, as they continue to bounce and cheer around the venue, especially when they start Section 60.

By the time they get to the final song, and apparently the last playing ever of Weekend, the only thing separating the band from the crowd is the height of the stage (which isn’t much) and the width of a mic stand, such is the love and excitement held between both parties.

Rats are clearly a band meant for great things, and I don’t think it’ll be too long before they are selling out much bigger venues, not to mention playing the main stage of a festival or two. Top and bottom, Rats are not just another four-piece from Liverpool. You sense that this is a band with a brilliant future. Go see them. 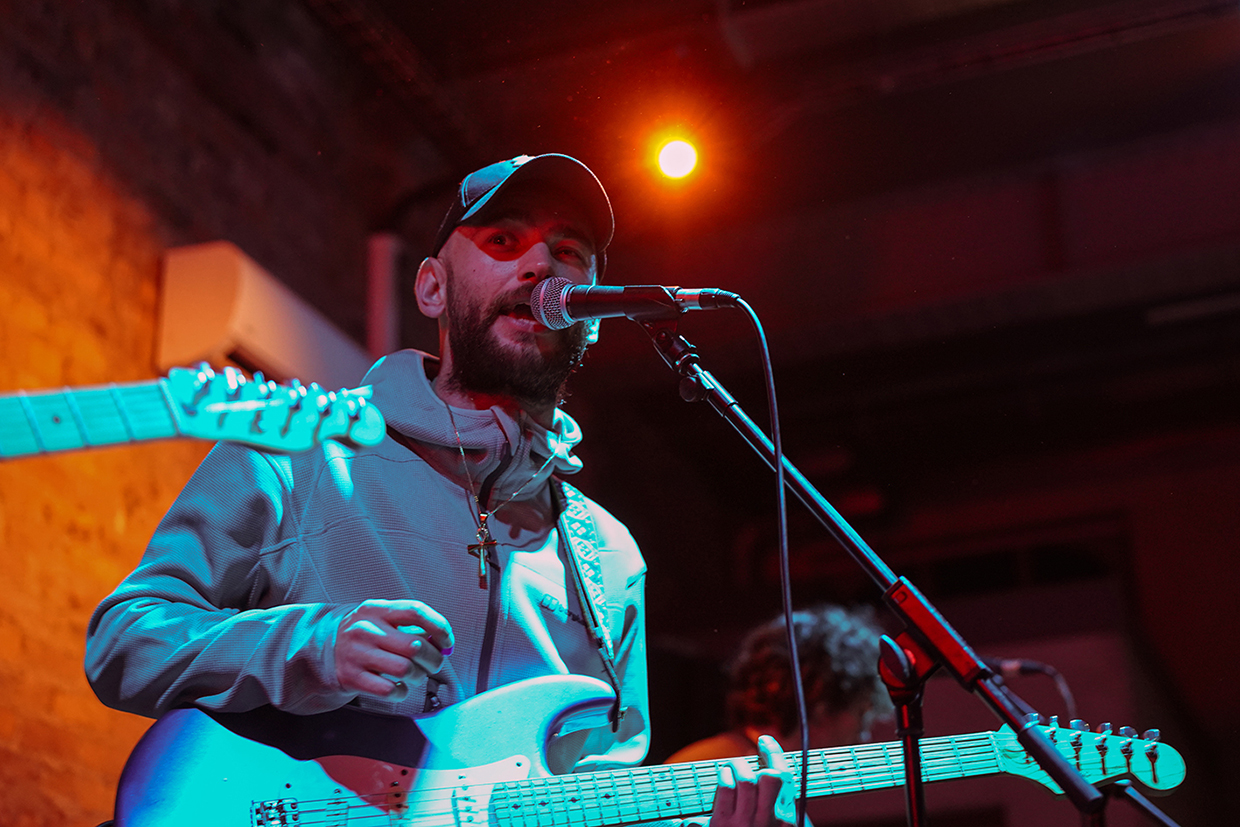 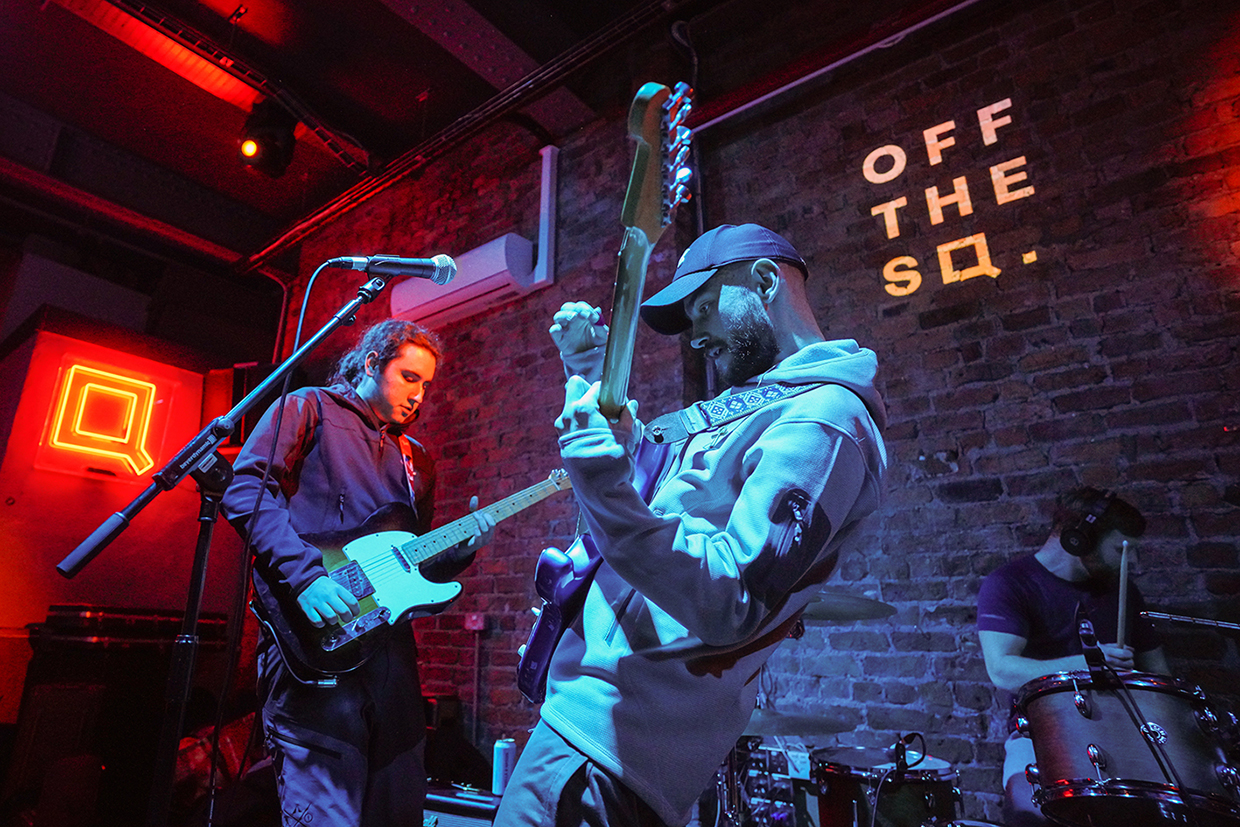 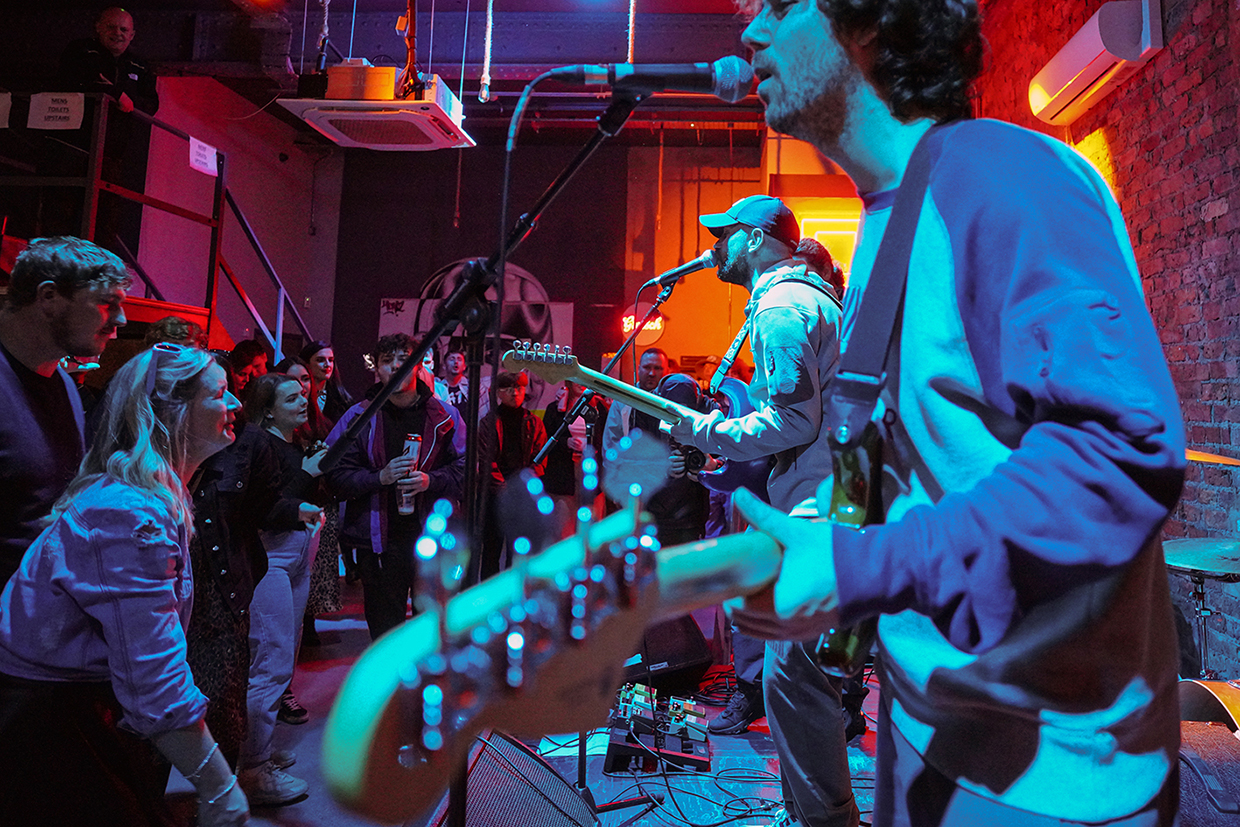 Rats can be found https://www.facebook.com/officialrats

Sterling can be found https://www.facebook.com/SterlingBandOfficial/

The Panamas can be found https://www.facebook.com/ThePanamas