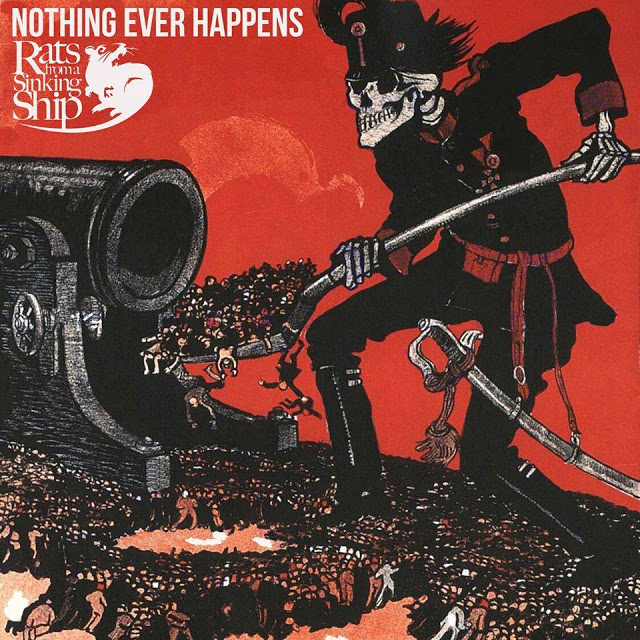 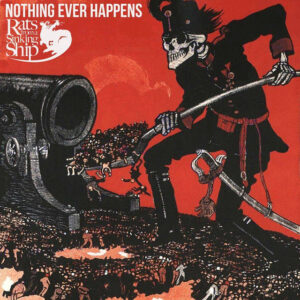 Rats From a Singing Ship: Nothing Ever Happens

Rats. The ultimate survivors. Often reviled but ultimately to be admired for their resilience and adaptability in the face of adversity. It will come as no surprise then that Rats From a Sinking Ship are back with a new EP following hot on the heels of their acclaimed collaboration with Markus Kienzl on the album, We Are Heathen. These Rats never sink.

The four tracks on the Nothing Ever Happens EP see the bands sound return to their abrasive punk/rap roots that came to fore on their debut album Rise as One. And, yes, the lead track is a cover of Del Amitri’s chart bothering single from 1989. It works on several levels. A pounding beat, Jamie’s crunching vibrato guitars and Lusty’s distinct vocal bringing a whole different feel to the song. One of the things that makes the song work so well is Justin Currie’s societal commentary, the lyric taking on a new seemingly prescient nature in the current social distancing climate.

The guitars continue to grind into track two, the comment on macho posturing that is Muggins, is Rats take on subjects that IDLES tackle in songs like Never Fight a Man with a Perm and Samaritans. The defiant choruses of “who are ya?” and “I don’t need anyone” betraying the type of individual we’ve all come across.

One of the EPs highlights is Stop Making Stupid People Famous, a phrase that will ring a bell with punk fans familiar with Scotland’s Media Whores (who Rats also shared a stage with in Glasgow last year) having used the phrase to title their CD compiling their first decade of making music. While the bands have a different sound, they have similar politics and beliefs – providing a social consciousness and commentary on the state of the world in the 21st Century. The Rats song is a well-aimed tirade at our current insta-fame society, one which seemingly revels in the famous for 15 minutes culture catapulting insipid and asinine non-personalities and bland pop acts straight to the top of the charts only to disappear a few weeks later, to be completely forgotten lost in the mists of time.

Closing the EP is Corrie ’94, where Lusty compares various members of society to characters from the cast of the Manchester soap, backed by an energetic sprightly beat with Corrie theme guitar-phrasing throughout. “Your street is my street, my street is your street, your street is their street…”

Another quality EP from the Rats.

This release is limited to 75 copies so get in quick if you want one. Order it here.