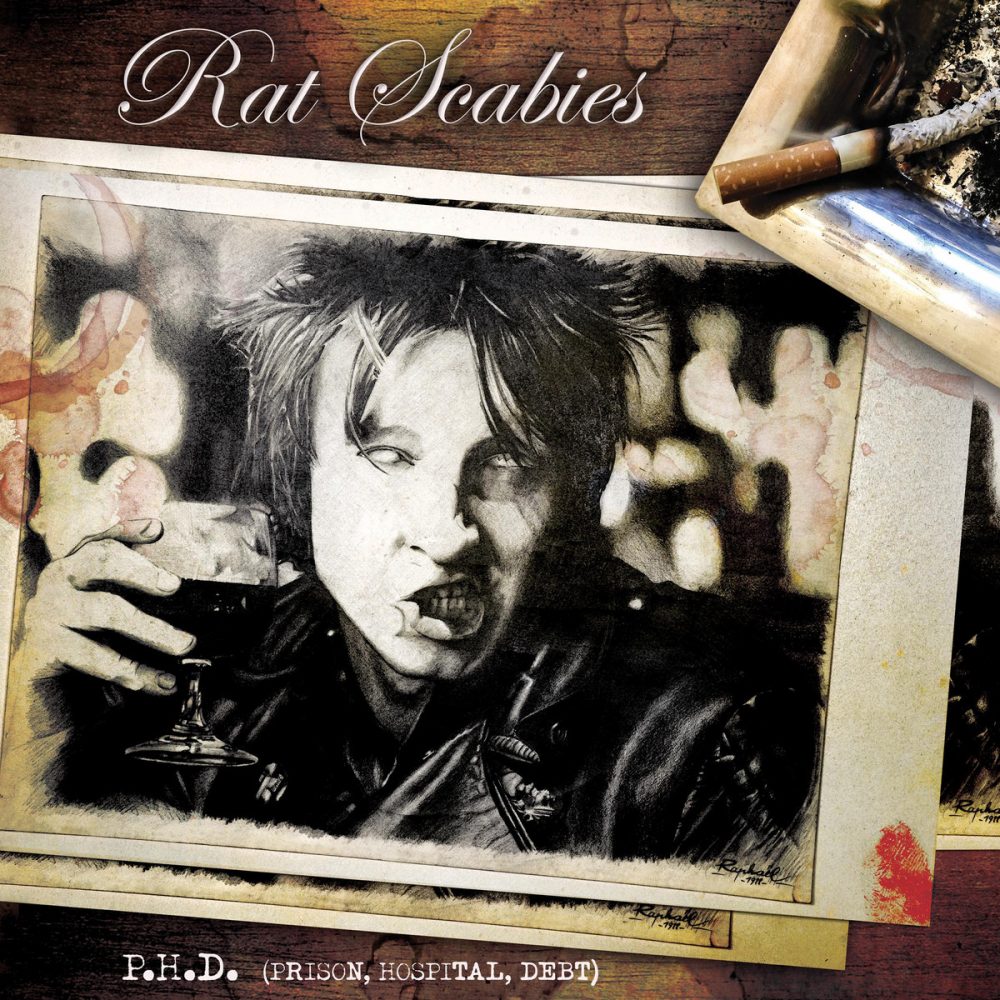 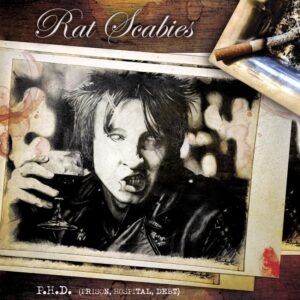 ‘The first-ever solo album from legendary co-founder of The Damned! 11 original tracks and 1 cover recorded over the course of several years.’  And it’s not what you might expect as it covers a wide range of musical styles says Ged Babey who thinks it’s more fun than ‘Evil Spirits’…

Who was your favourite member of the Damned way back?   Vanian the aloof vampire? Brian James the sneering rocker? Sensible the hyperactive loon?  Or the manic hooligan behind the drumkit?  (Answer)  All of them. What a bunch of characters.  They were a band of equals: a gang of outsiders.  Or so it seemed….

Rat Scabies probably wants to get the credit he deserves… now that his former band are back in the public eye and getting recognized as the rock institution they are. And so he should.  The split wasn’t amicable (from what I’ve read) and there is/was bad blood over money and songwriting credits (allegedly). The Press release for this album makes Rats input to the Damned very clear;

Scabies played a crucial role in the group’s evolution, not just as the rhythmic powerhouse, but also as songwriting partner and co-producer on classic albums like ‘Machine Gun Etiquette’, ‘The Black Album’ and ‘Strawberries’.

“Like Charlie Watts said, it’s 5 years work and 25 years hanging around, well during the hanging around periods I always had the itch to learn how music and recording studios worked so I would sit down and plonk on a guitar or a piano until it sounded like music, I carried on with the process over the years and eventually graduated into having my own recording studio and a bunch of songs which for one reason or another had never seen the light of day,” says Rat Scabies.
“In 2017, Matt Green suggested I release a solo compilation album of previously released material. I didn’t see the point, so I suggested instead that I put together my neglected back catalogue, which was not just about that mad drummer bloke thrashing a kit, but instead showed some of the more musical, humorous and diverse elements that made up my percentage of the Damned.

I don’t know why it should be, but it is a surprisingly good album. Varied, funny, rockin’, jazzy, psychedelic and laid-back. Every song is different, you just don’t know what’s coming next.  And it’s all shot thru with Rat’s personality and down-to-earth humour. A Pipeline meets Hawaii 5-0 theme style rocker: played in the style of Motorhead without brakes is entitled ‘My Wrist Hurts’ for example.  A wonderfully bizarre psych epic is called Floydian Slip … and so on.  Three songs have vocals and two others ‘dialogue’ leaving the other seven instrumentals, of which the only cover is ironically Sing Sing Sing (a Jungle-Book Jazz stomper by Louis Prima).

The only track made public so far is probably the weakest of the lot! – Chew On You is a gritty slice of glam-rock boogie with a passing resemblance to Spirit In The Sky.

The aforementioned My Wrists Hurt and  Sing Sing Sing –  really do show what a great Gene Krupa style jazz drummer Rat is and are the two most immediate and loveable tracks.

Rat’s Opus – is an ‘interesting’ Prog Rock Opera Recorded In a Garage number, which you could imagine Vanian singing, but with Rats’ mate Jesse on vocals has a rasping Sensational Alex Harvey Band feel.

Track 5. Floating (another imaginative title!) is a luverly surprise.  It’s an Orb-like stoners piece of sample-delia over a dub beat.  The Damned were mates of the Ruts of course and this wouldn’t be out of place on a Ruts DC album (before they dropped the dub-inflected songs…) or even a Public Service Broadcasting album!

Shivers  -is a mix of Link Wray type guitar dueling with a circular keyboard motif.  A spaghetti western score recorded by a garage-band.  Dazy Bones is similarly like Billy Childish playing the Who!

Un Noveau Balai (A New Broom) simply rocks! Johnny Kidd and the Pirates or Dr Feelgood style … and OK, there is the slightest hint of Status Quo boogie.  (That’s the thing about Rat I guess, he’s not a music snob. He plays what he intuitively likes…)

Before the album closes, with two really rather beautiful guitar instrumentals (Glad You Could Make It and It Feels Like Sunday) there is what people will either think the worst or the best track -there’s no middle ground:  Floydian Slip.

Obviously it’s a Pink Floyd pastiche/homage but it’s the sampled dialogue which is beautifully and artfully placed which is the killer.  It’s an archive recording of a conversation between a couple of UFO-spotters talking about their hobby. You can picture their anoraks and thick spectacles and their dulcet, nasal tones are priceless. They sound like a Peter Cook and Dudley Moore sketch come to life.  “I work for the L.E.B and Paul works as an embalmer so we don’t have an awful lot of free time…” Their search for evidence of extra-terrestrial visitors is accompanied by a suitable suite of slow-build symphonic psych.  It’s a superb piece of work by Rat the arranger, musician and producer, who captures a slice of the  psychedelia of everyday life. Have a listen …

I imagine that it is purely coincidental that this album has appeared a month or so after the current Damned  line-up’s Evil Spirits was released.  A substantial proportion of their fans seemed to love the LP.  Just look at the comments on my less-than-favourable review.

Personally though, I’d much rather listen to P.H.D – the work of a talented musician trying out different styles and having a lot of fun in the process. (Anyone expecting it to be New Rose and Burglar re-writes will be disappointed.)

It’s an unusual, idiosyncratic but hugely enjoyable album which refuses to stick to any one sound or formula but isn’t show-off-ish and eclecticism for the sake of it,  It does prove however that Rat Scabies was and still is, much more than the hooligan drummer he is characterized as.

P.H.D is available on Bandcamp

All words by Ged Babey – except where specified as coming from the press release.