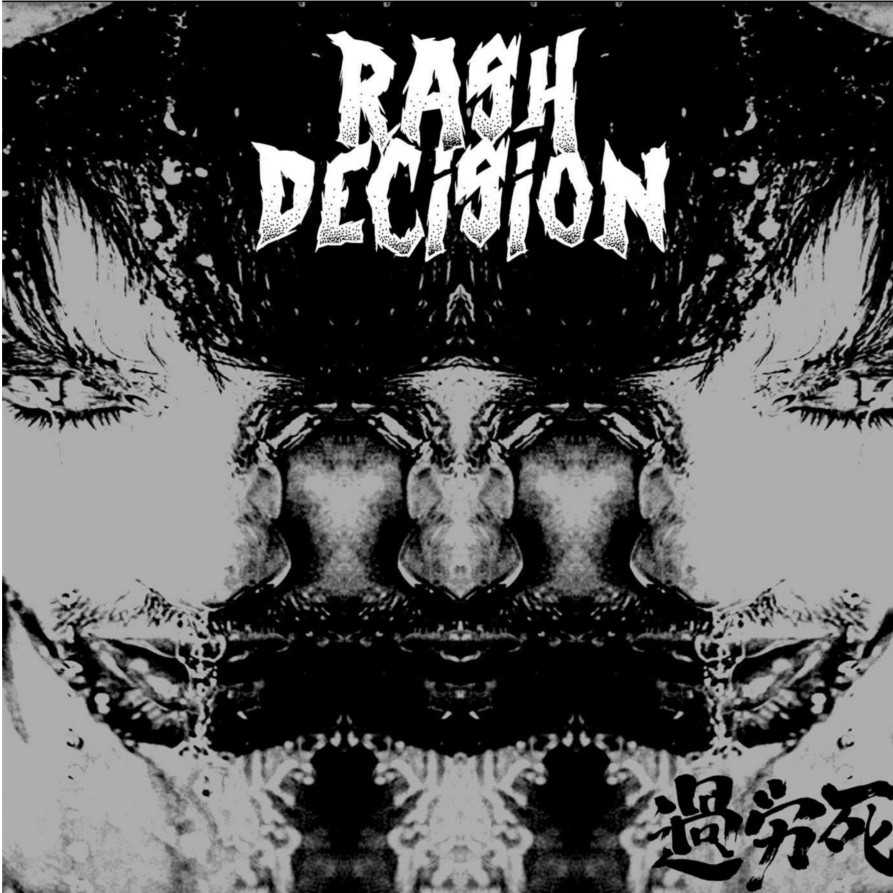 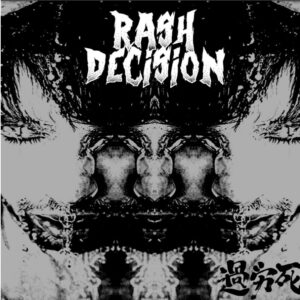 The latest instalment of ice cream and sea bird fuelled hardcore anger from Cornwall hits the beaches in May and Louder Than War’s Nathan Brown got a sneaky preview.

So, first thing…WTF is a Karoshi?  I am so glad that we live in the internet age, saving me a trip to the library or waiting for a response to a letter.  The ever helpful Wikipedia tells me that “Karoshi, which can be translated literally as “overwork death” in Japanese, is occupational sudden mortality. The major medical causes of karoshi deaths are heart attack and stroke due to stress and a starvation diet.”  It kinda fits, seeing as Rash Decision are themselves a very hardworking band.  Coming from Falmouth in Cornwall, they have to travel for several hours to even find a motorway, let alone the cities in which they play.  And when what you really wanna do is make music, work sucks.

Rash Decision have never failed to impress me when I’ve seen them live, managing to meld together skate thrash, full on hardcore and some serious metal licks whilst still, and perhaps most importantly, remaining genuine nice people.  Punk innit.  Back in the late 80s they would have sat firmly in the no-man’s land of “crossover” (remember that?)   Cro-Mags, Attitude Adjustment, DRI, Suicidal Tendencies, Corrosion of Conformity….getting the drift?  Throughout this LP you get pained guttural vocals, crew choruses, chunky bass, chuggy guitars, blistering solos and break neck drums propelling the whole thing along.

900 Minutes opens the LP with 45 seconds of Skit System jamming with Citizens Arrest and it all just takes off from there.  Occasional snatches of wah wah driven guitar break add to the overall texture but don’t ruin the sound.  It’s as if they know the point at which it would be too much guitar.  “Woah, hold back there.”

Rash Decision play as if their life depended on it but don’t take themselves too seriously, as evidenced by Medium Raw. Towards the end of the song they start roaring “Sail away” a la Enya’s  Orinoco Flow. Yes, you read that right. And the thing is…it works! Has to be heard to be believed. Here’s hoping I haven’t dropped a bollock and they are actually all massive Enya fans doing their best.

Tongues firmly in cheek, The Seagull Has Landed, carries on their shitehawk infested Cornish theme.  It’s a bit of a singalong number, almost in the realms of pop punk.  But not quite.  Thank fuck.  Glass Cannons has that snotty yeeeargh you’d expect from a two fingers in the air punk rock band.  And while there is diversity in the song writing and styles it’s all mounted on that spine of hardcore with a dose of metal.

The promo video for the LP demonstrates this mash up perfectly.

14 songs. 19 minutes.  Leaves you wanting more.  So back to the start we go. Ranging from a 10 second bounce to 2 minutes and 19 seconds – a practical marathon to Rash Decision.

The album is out in May but is available on re-order from their Big Cartel site – on random colour vinyl.  I guess the download will follow later on their Bandcamp site.

Check out the lads on Facebook and if you get the chance to see them live, do it.