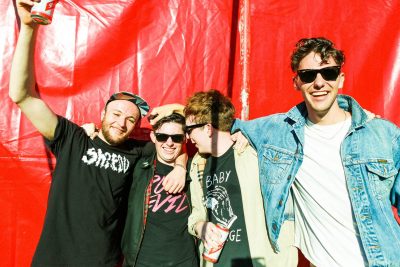 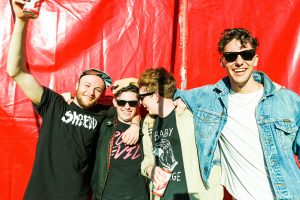 Fast and racy, the new Rascalton single cements their place as one of the most promising bands on the current Glasgow scene. This is possibly their best single to date, making full use of their singer’s distinctive vocal style; Punk enough for anyone but never clichéd. This is what Rascalton do best. It is a short, sharp shock of a song. Spare, tight and perfect – another example of how the modern, punk influenced scene in Scotland’s largest city is the best in the UK at the moment. It is as fresh and exciting as anything you are likely to hear this year.

“Told You So is a song about doing things your other half disagrees with. A hard thing to change if you don’t actually want to. A situation I’m sure most of us have been in.”

With UK dates supporting Baby Strange already under their belt this year, the band are looking to make 2018 their year. Already confirmed for festivals such as Glasgow’s highly regarded Stag and Dagger Festival amongst others, Rascalton are building on their promising reputation. They play a date at London’s Old Blue Last as part of The Great Escape showcase alongside other Glaswegian hot property Lucia and Declan Welsh. Their live show is a full-on rollercoaster ride and comes highly recommended.

With such a buzz going on about the band, it could be easy to think it is pure hype, but Rascalton have the music and personality to back up the PR. Hopefully, Told You So introduces many more people to the fine, gutsy music they provide. The current Glasgow music scene couldn’t be hotter and Rascalton prove it without a doubt.