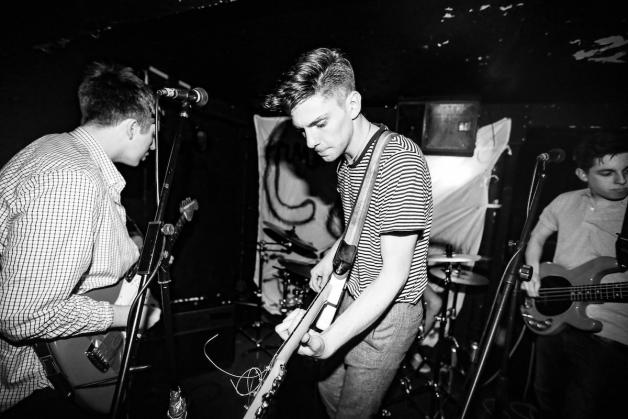 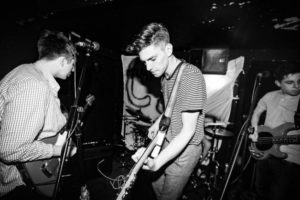 Current Glasgow hot punk prospects Rascalton bring out their next double A-side single Alone/ Lust building on their reputation following the release of single This Is It earlier this year.

Rascalton epitomise Glasgow punk. Their lack of pretension and the ability to mix melody with honest red-hot rhythms earned them the coveted prize of opening the 2016 Tenement Trail, Glasgow’s premier showcase for new talent. The crowd were rapturous and continue to make their live shows a hot, sweaty and truly memorable affair.

Alone is a quieter affair than the previous break-neck brutality of their first single This Is It. Co-produced by Johnny Madden of Baby Strange and Chris Marshall of 7 West Studios, the track makes the most of Jack Wyles’ vocals, which are confident enough to carry the track. Musically the track is fairly straightforward, more indie based than punk, with simple rhythms and fairly sparse guitars. The lyrics take centre stage coupled with the delivery. As Alone progresses the music becomes more of a force, yet the simplicity remains. The track ends abruptly with one last repeat of the guitar refrain which punctuates the song throughout.

The other side of the single, Lust, is far more rowdy. This is the kind of track that sends fans careering over the top of the crowd, sweat dripping from every pore. This is a belter of a track. An adolescent song of raging hormones let loose in the classroom the chorus ‘Lust for the teacher’ says everything you need to know about the lyrics. The song tears along, smashing out unrequited teenage fantasies that many of their fans can identify with. Rascalton manage to fill a void left by bands like The Buzzcocks without sounding dated or like some sort of tribute. They just have a genius simplicity that is ultimately satisfying and robust.