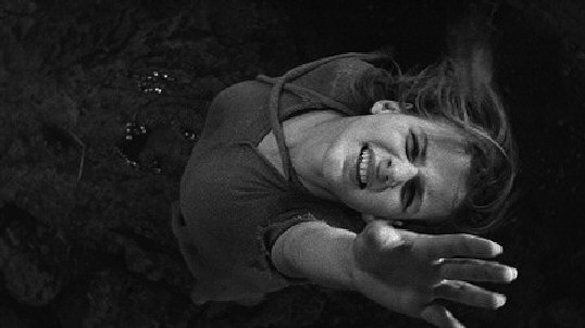 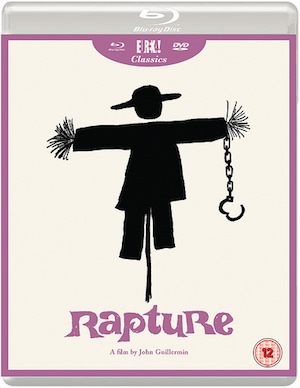 2004 saw the birth of the new Masters of Cinema Series, a specially curated DVD and blu-ray collection of classic and world cinema. Since then they’ve released hundreds of DVDs and Blu-rays of some of the world’s finest movies, many of which we at Louder Than War have reviewed. Today we bring you our review of John Guillermin’s classic 1965 French / American film Rapture.

Until only a few days ago I hadn’t even heard of Rapture, or La Fleur de l’âge, to give it its French title, but at a time of the cinematic calendar when a succession of ‘unmissable’ blockbusters traditionally send the Hollywood publicity machine into overdrive, this can be a refreshing way to see a film: no overblown hype, no preconceived ideas and no real expectations.

Rapture is an intense and sometimes disturbing coming-of-age story based on the novel, Rapture in My Rags, by the English author Phyllis Hastings, its location being transposed for the film to the coast of Brittany although the dialogue is in English.

If you know the director John Guillermin through his work on movies like The Towering Inferno and Shaft in Africa, then you’re in for a surprise here. Rapture is unlike anything he directed before or since, an art house fairy tale that owes a debt to both the French New Wave and to the frequently bleak cinema of Ingmar Bergman. It’s also the director’s personal favourite of his numerous films and it’s astonishing to think that after being shown at some film festivals in the mid 1960s and gaining some very limited screen time thereafter that Rapture inexplicably fell into a long obscurity.

Those who did manage to see Rapture over the years have generally remained passionate about it and no wonder, there’s much to recommend the film from the creative camerawork to the score by Georges Delerue. Undoubtedly, though, the best thing about it is the spellbinding performance of Patricia Gozzi, who had attracted attention after her performance on Sundays and Cybele, which won the Oscar for Best Foreign Language Film in 1962.

Here she is even better as Agnes, an unstable, adolescent girl (Gozzi was fifteen during the shoot) who is still very much a child as the film opens: she walks around barefoot, talks to her dolls as if they are real and becomes strangely obsessed about building a scarecrow, which she also later talks to as if it is a living thing.

Shielded from the outside world by her widowed father, Agnes may be an innocent, but she is far from one dimensional; she’s volatile enough for one character to even call her ‘a little savage’ and she has a manipulative streak too.

Her father, Frederick Larbaud, played by Melvyn Douglas – who a year earlier had bagged an Oscar for Best Supporting Actor in Hud – is a contradictory man, a retired judge who rails at the failings of what he sees as his country’s draconian legal system yet is capable of severely beating his daughter and threatening to have her ‘put away’ at a nearby asylum.

The pair live together in a large farmhouse on a remote part of the Brittany coast together with Karen (Gunnel Lindblom), an occasionally coquettish live-in housekeeper who acts as something of a mentor for the younger female.

The appearance of wounded American fugitive Joseph, played by former child star Dean Stockwell, adds an interesting twist and he will affect a major impact in the lives of each of these three characters.

Joseph, in an attempt to disguise himself from the gendarmes on his trail, dresses in the clothes of the scarecrow and is discovered by Agnes who fantasises – or maybe even believes – that he is somehow her scarecrow brought to life.

She is instantly captivated by her ’creation’ and she’s not the only one glad that he’s entered their isolated little world; Frederick perhaps subconsciously senses he could be someone who can reinforce his views on the treatment of criminals and also help with the book he is writing on the subject while Karen sees him as the latest in a presumably long line of boyfriends.

From the unsettling opening scene where Agnes’ older sister Genevieve begins crying on her way to church to wed Armand (Peter Sallis, later to become the voice of Gromit) the film is never one where viewers are able to anticipate what will happen next with any degree of certainty albeit I’m sure few at any point would imagine a happy-ever-after ending.

Psychologically disturbing and morally troubling – especially when Agnes is shown to clearly desire a relationship with a man who is almost twice her age, Rapture is a remarkable rediscovery with notable performances all round – Douglas and Stockwell are superb here too – and Guillermin’s direction is always totally assured as is the crisp black and white cinematography of Marcel Grignon, who shot the film in CinemaScope.

After Rapture, Patricia Gozzi would make only one more film for the big screen, La Grabuge (Hung Up), which also sadly fell into obscurity. Her decision to step out of the spotlight of acting to raise children was a big loss to cinema as she displays here the potential to go on and become one of the most compelling actors of her generation.