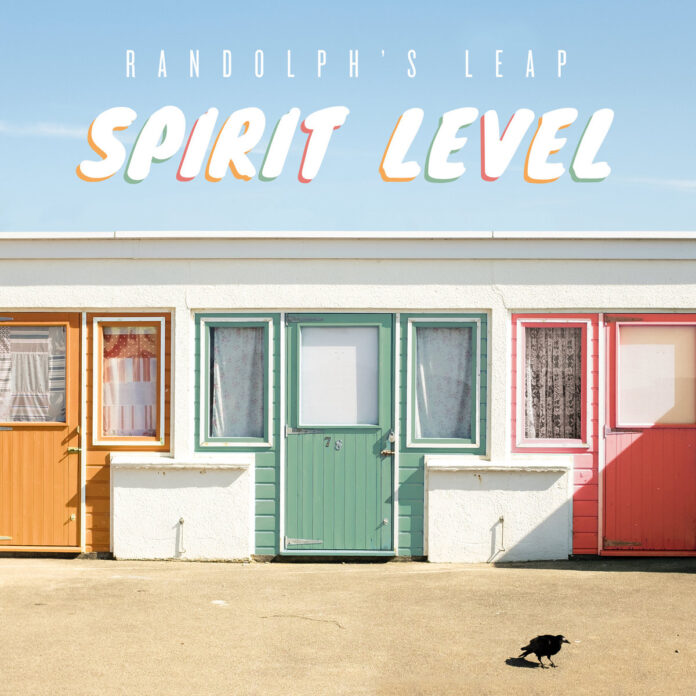 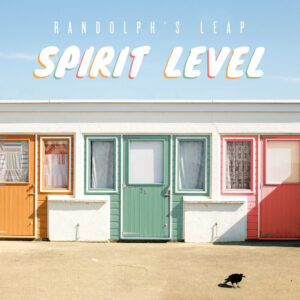 As one Scottish independent band remarkably takes the number one album spot with their latest release, from almost the opposite end of the musical spectrum comes this summery breeze of brass heavy folky pop from Randolph’s Leap with their new album Spirit Level.

The album cover of colourful beach hut doors, blue skies and the slightly misplaced rook instead of seagull, tells a story of the album before you listen to a note. The image reflects the overall sound of the album. It is the promise of the sunny days that we all desperately need, but occasionally a reminder that everything isn’t always rosy in the garden.

In fact, a bit like the band’s name itself. Randolph’s Leap (the place) holds some happy summery memories for me with many family holidays spent in Morayshire in my youth, Randolph’s Leap was always a place I pleaded with my folks to go to. It is a place of breath-taking beauty, but with that comes a darker historical story. I’ll leave you to go and seek the story out yourselves…

Anyway, this is a music review not Neil’s diary or a history lesson…

The album is chock full of ditties that can induce a feeling of wellbeing, whether that be from the witty (sometimes entirely corny) little lyrical phrasings and rhyming couplets (Deuchars/Leuchars) or from the la la la’s that announces the arrival of the Moment Passed into the upbeat keyboard into to BMH, this is undoubtedly a happy album.

Another contributing factor has to be the indominable brass section, a sheer joy to behold whenever they pop up in one of the songs. Dreamy backing vocals on songs like Let This Lie help with the overall atmosphere the album imbues.

Serious, is a (seriously) rollicking hoedown party of a tune – keys, fiddles, guitars, thumping rhythm section, that brass section. Tremendous. Helluva Summer has a more laidback country energy to it with an almost honky-tonk piano break, and despite the apparent summery vibe – “all I want to do is lie in the sun” – the lyrics hint at everything not being well – “you talk of global psychosis”. The keyboard intro to Up in Smoke hints at B52’s, before the seemingly happy go lucky tune continues apace, hiding a more sinister tale.

This is an ongoing theme in the album. The sheen and the mask we sometimes display in life covers a wealth of other things going on when you scratch the surface. Punchbag also explores that in the course of the album – “the grass isn’t always greener”. Of course everything can’t be perfect all the time, and as the album comes to its close, the melancholy of Too Good hints that nothing can be perfect – “it was all too good to be true”.

We can all be consumed by the malaise of life, so for just a short time, let Randolph’s Leap take those troubles away and bask in the sunshiny folk on offer on Spirit Level.