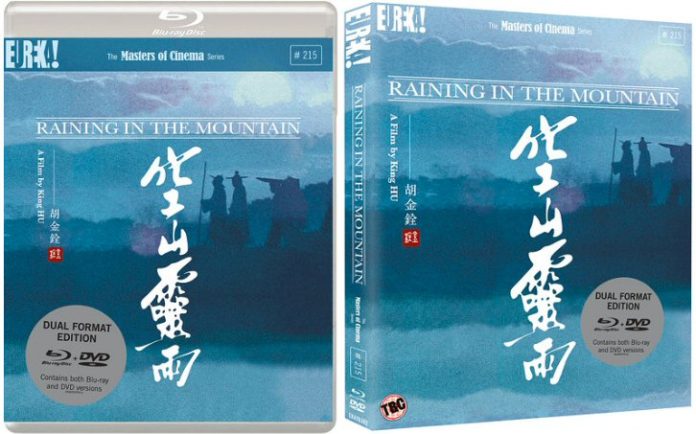 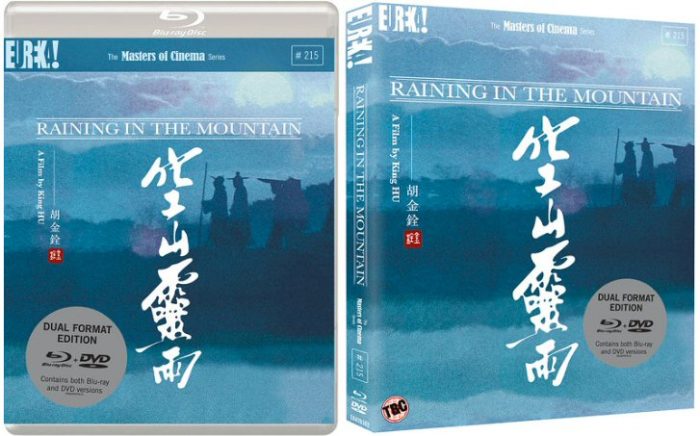 Jamie Havlin gives his verdict on a film that is part spiritual fable, part heist movie and even part martial arts flick.

By the 1970s, King Hu had established himself as one of Asia’s most highly respected directors. A Touch of Zen (1971), which he wrote, directed and co-edited, won the Technical Grand Prize at the Cannes Film Festival, making history by becoming the first Chinese language film to win an award there.

As the decade was drawing to a close, though, the kind of wuxia movies that he’d made his name with had fallen out of favour with audiences. Martial arts comedies like Drunken Master (1978), starring a young Jackie Chan and Sammo Hung‘s Enter the Fat Dragon (also from 1978), were proving popular around this time, while Hong Kong’s new wave cinema movement began making inroads with contemporary dramas like the controversial Dangerous Encounters: 1st Kind (1980). Hu‘s epic style of cinema was looking decidedly old fashioned and Raining in the Mountain failed to set the box-office alight. It won few foreign sales either. This is a pity as there’s much to enjoy in it.

Two men and a young woman travel on foot to a remote Buddhist temple known as the Temple of Three Treasures.

The trio aren’t seeking spiritual enlightenment. Two are thieves: White Fox (King Hu regular Hsu Feng) and Gold Lock (played by the film’s action choreographer Wu Ming-tsai), while Esquire Wen (Sun Yueh), is a businessman and patron of the temple. He is ostensibly travelling to give advice to an ageing Abbot, who has decided the time is right for him to choose a successor before he dies, but Wen is more interested in his hired thieves stealing a sacred (and priceless) scroll housed in the library of the monastery.

Wen isn’t the only person that the Abbot is seeking advice from. District governor, General Wang arrives with his henchman Lieutenant Chang, while Wu Wai, a Buddhist master enters on a sedan chair carried by a large group of Buddhist nuns.

The next outsider to be welcomed into the monastery is wrongly convicted criminal Chiu Ming. He is undertaking a mission to become a monk to atone for his crimes, even though was innocent and – quite a coincidence this – framed by Lieutenant Chang.

On his arrival, he is soon assigned to protect the scroll from any potential thieves. This will keep him busy, believe me.

Raining in the Mountain is more comic than most of Hu‘s other work. There’s also less action but more scheming and intrigue. Many of the performers excel, particularly Feng Hsu as the feisty White Fox.

It’s a beautifully crafted film. The editing is brilliantly rhythmic. The balletic fight scenes – inspired by traditional Peking Opera – are a joy to watch and the percussive score helps rack up the tension. Maybe best of all is the immaculate cinematography. This is a master at work.

I did struggle to grasp the full significance of some of the script’s Buddhist philosophy, although watching it again along with the audio commentary by Tony Rayns and reading the accompanying booklet helped in that respect.

A Taiwan/Hong Kong co-production made by a Chinese born director who moved to Hong Kong in 1949, Raining in the Mountain was shot in Korea. It was selected as Hong Kong’s entry for the Best Foreign Language Film at the 52nd Academy Awards, but failed to be shortlisted as a nominee.

If you’re already a fan of King Hu films like A Touch of Zen (1970) then you are in for an absolute treat here. If you’re new to the director, you might want to start with some of his earlier work such as Dragon Inn (1967), an important inspiration on both Ang Lee‘s Crouching Tiger, Hidden Dragon (2000) and Zhang Yimou‘s House of Flying Daggers (2004).

Sadly, Raining in the Mountain is generally regarded as King Hu‘s last great movie. Finding funding for his films became more difficult and his career went into decline, never to fully recover.