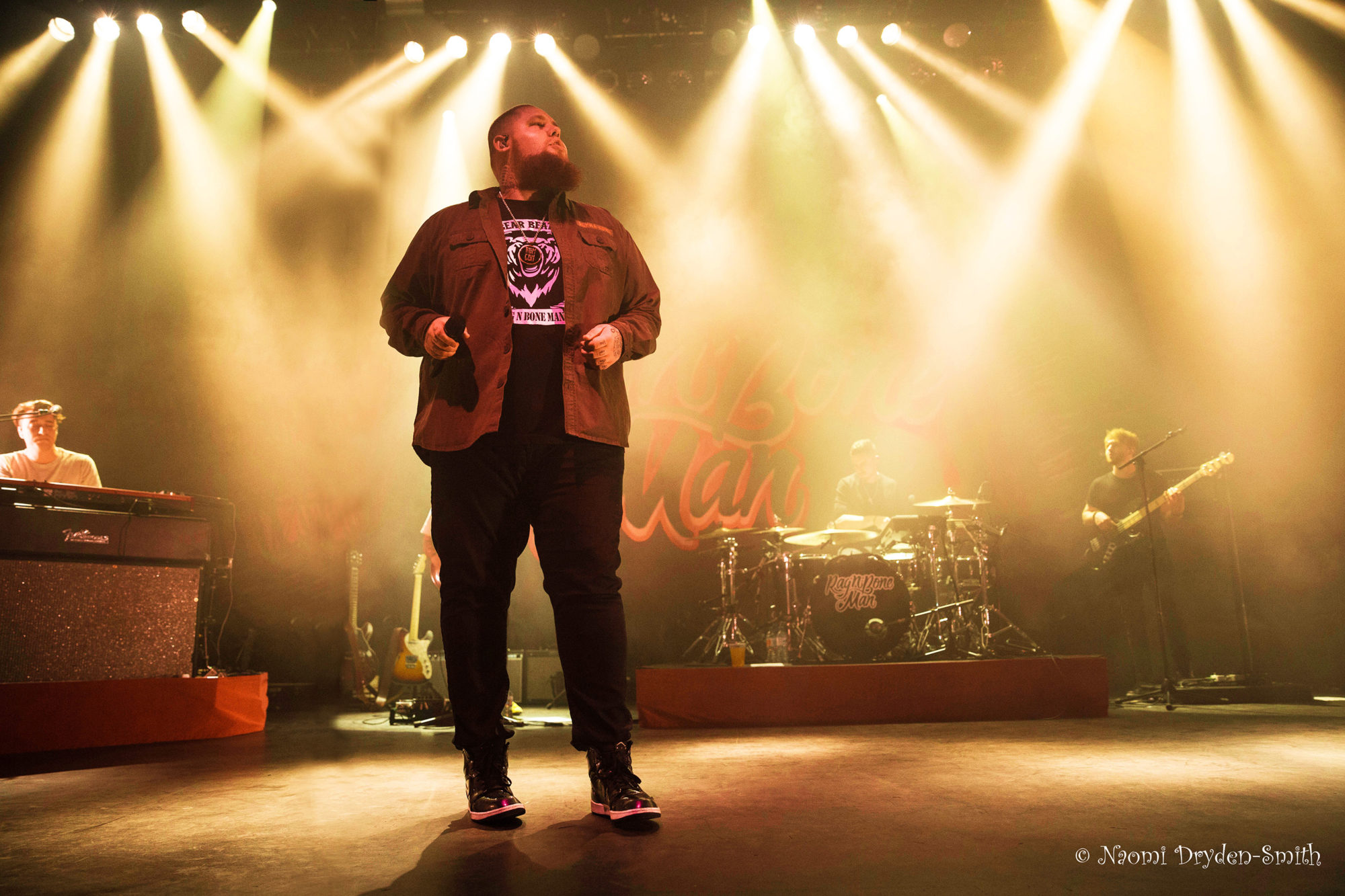 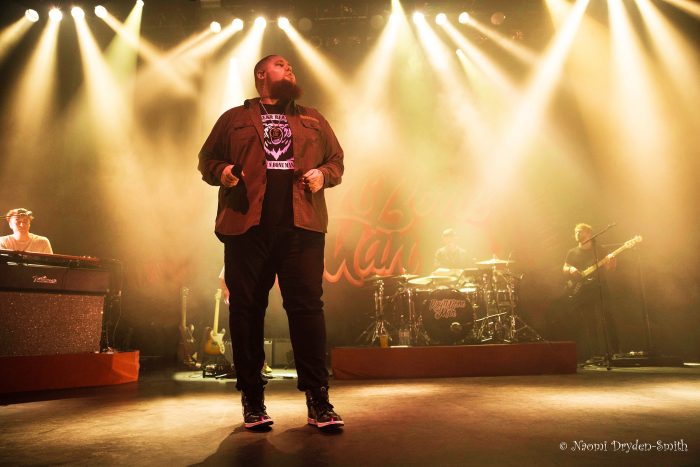 Unassuming and without ceremony, baby-faced gentle giant Rory Graham, aka Rag ‘n’ Bone Man arrives on stage for the second of two sold out shows at the Empire. Alone on stage, dwarfing his guitar, spot-lit against a curtain bearing his name, his mellow and soulful cover of Louis Armstrong’s St James Infirmary proves from the start that there is more to his talent than Human, the song he is best known for. This could be one of the most unique, astonishing voices to arrive on the British music scene in recent years. If James Earl Jones could sing…

For the rest of the set, he’s supported by a five-piece band, featuring an impressive female vocalist. Songs like the underrated Wolves and collaborations with Dirty Dike when they “got fucked up together” reveal his hip hop/rapper, Brighton underground roots, whilst Lay My Body Down and Grace are so full of soul it’s easy to imagine him as a preacher backed by a gospel choir. The last song before the encore, Die Easy, a Blind Willie Johnson cover, sees him once again without his band and is a real highlight – his rich voice sounds straight out of the Deep South. 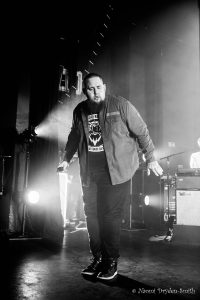 Throughout the show he is impressively connected with the audience, sharing little snippets of back story, checking if we’re happy and observing that he’s happy too, whilst puzzling that he nevertheless manages to write such depressing songs. He is full of smiles, genuinely appreciative, “Thank you very much, I like you too”, announcing we have “made a fat man blush”. He says he can’t believe he’s here, playing the Empire.

His hits Skin and Human are met with unsurprising enthusiasm, the whole place erupts. Since the Brighton days waiting to get a break, where everyone knew he had something special, he has become extremely popular in a very short space of time. However, the downside is the influence, and irresistible allure, of the Ed Sheeran/Sam Smith/Adele mainstream which has started to show through in some of his songs. Probably inevitable on the way to the big time but would be a real shame to see. On the plus side, Rag ‘n’ Bone Man provides mainstream pop with a potential foil for the abundance of banality which pervades at the moment, giving younger listeners a chance to hear someone with genuine talent and introducing them to influences like Louis Armstrong and Muddy Waters. 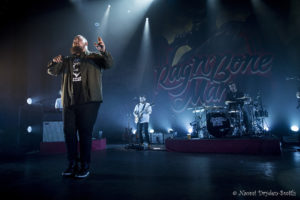 It’s an uplifting night – Rory Graham’s fans are delighted, he seems genuinely thrilled to be here. With two huge accolades from the Brits under his belt already, he is on track for great things. Hopefully, some decent collaborations and songs which respect his roots along the way will help him to keep his individuality and keep the wolves of the pop conveyor belt from his door.

All words and photos by © Naomi Dryden-Smith. You can find more of Naomi’s work for Louder Than War here, and she (occasionally) tweets as @nomeshome. Also on Facebook. Naomi’s Photography portfolio can be found here and Instagram.