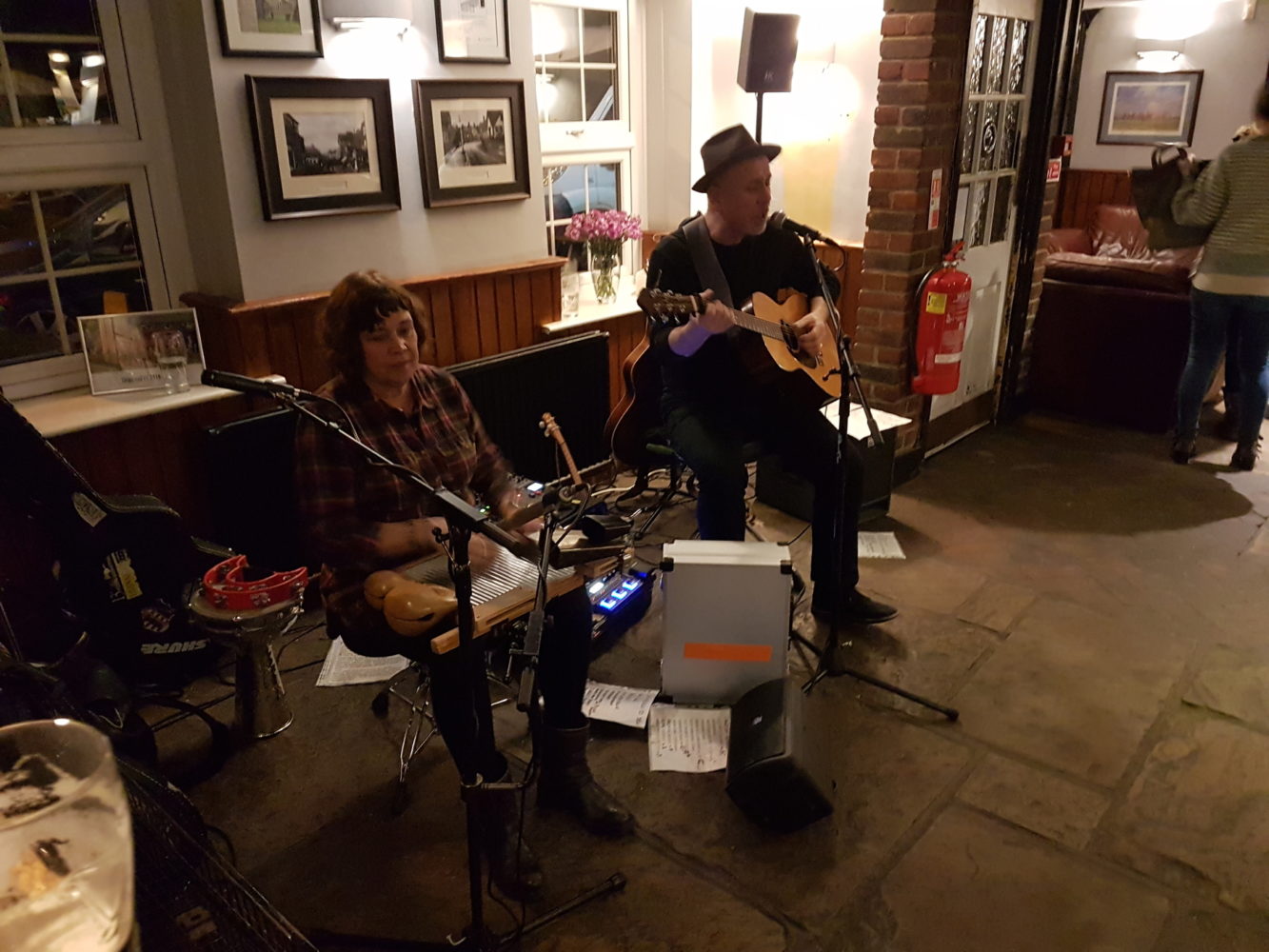 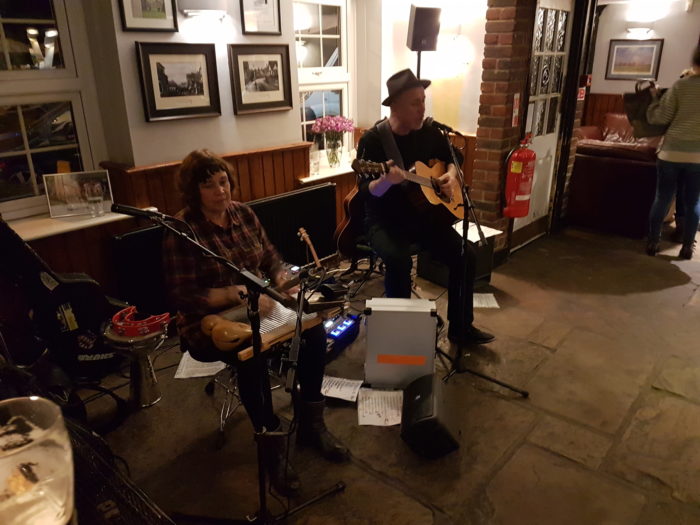 Following on our recent review of their latest release, Louder Than War caught up with Rag Mama Rag on their current UK tour.

Wisely timing their visit prior to the dreaded 29th of March, the France based duo Rag Mama Rag were back in their native land for a lengthy run of dates including one at one of their regular stops over the years: The Bricklayers Arms in Chipstead. A friendly local pub which provided the perfect setting for Rag Mama Rag’s eclectic mix of roots music. Starting with an original song penned by Ashley (“Get On Back to You”) from their latest album, the band worked their way through two very entertaining sets that mixed originals, covers of well (and lesser) known blues tracks and instrumentals. The band always try to keep punch and drive to their music with Deborah adding percussion with great subtlety to the tracks (when she’s not playing harmonica). A particularly inspired take on Robert Johnson’s “Love in Vain” was followed by the jaunty “High Class Mama” and one of the duo’s showstoppers, the instrumental “Out of the Blue” showcasing Debbie’s prowess on the harmonica and Ashley’s guitar picking. The traditional “Hesitation Blues” was an excellent slice of ragtime while Ashley’s original “High Class Mama” could have easily passed for a long lost blues track from the 1930’s.

The band’s arrangements of Bo Diddley’s “Diddy Wah Diddy” has been a mainstay of the duo’s repertoire since their early days and provided an opportunity for the audience to join in. We were back in Robert Johnson territory with the great “Crossroads”. An excellent version of Tampa Red’s “No Matter How She Done It” proved a highlight of the second set as did the affecting “Rowhedge” where Ashley recalls his days growing up in the Essex countryside. Ashley switched to ukulele for “I’ll See You in My Dreams” and another sing-a-long on a Bobby Womack track popularized by The Rolling Stones (“It’s All Over Now”) closed off the encore.