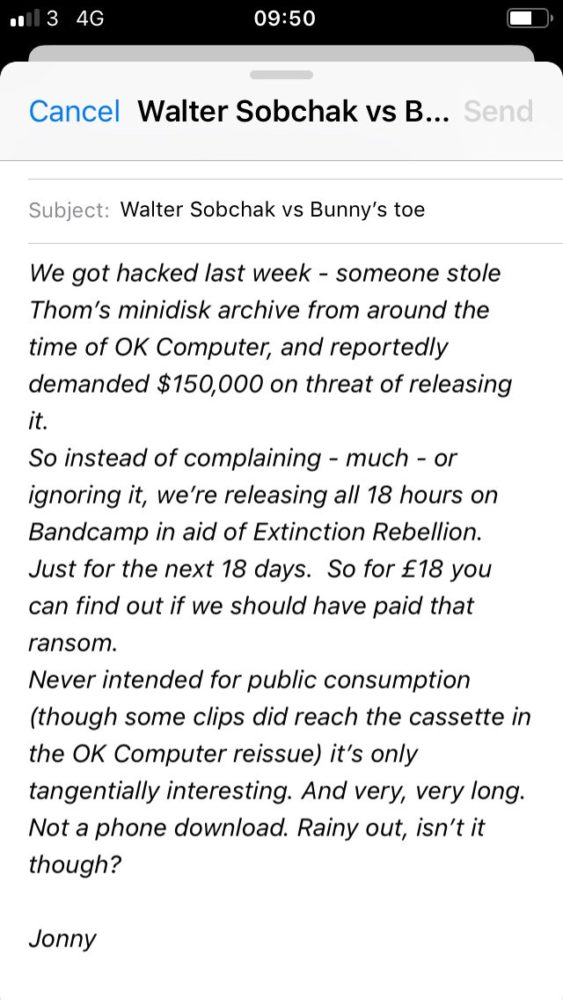 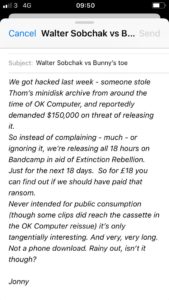 Responding to a recent hack, Radiohead have released a full 18 hours of previously unheard demos from the OK Computer era.

According to a statement from the bands Jonny Greenwood (see above) Thom Yorke’s mini disc archive was recently hacked with the hackers then demanding the band pay them £150,000 on threat of releasing the material. The band have now countered the threat by releasing the material themselves via Bandcamp for £18 with all the profits going to climate change activists Extinction Rebellion.

Minidiscs [HACKED] can be downloaded here

More information on Extinction Rebellion can be found here