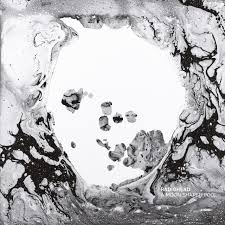 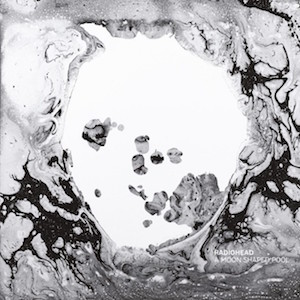 Sunday the 8th May at 7pm. With that small sentence Radiohead fans across the world finally got what they were waiting for after a wait of five years. This would be the time and date that Radiohead would be releasing (digitally) their long awaited ninth LP. Still with no knowledge of what it was called or what the track-listing would be, there was a tangible sense of relief, excitement, and it has to be said, a small sense of trepidation. Would the new album be worth the wait? Would it be in the same vein as 2011s unfairly maligned The King Of Limbs? Would there be guitars (people do seriously still ask this question). So with BBC 6 Music announcing that they would be holding a listening party on the station the same time as the album would be released, we tuned in, downloaded and dived into what we now know as A Moon Shaped Pool.

Radiohead in 2016 have very little to prove. Their history and legacy is firmly intact. Their various solo output has seen them release film scores, produce dense, glitchy electronica and more straightforward folk-indie, however, when you are a band as big and influential as they are, there will always be those picking at each release either to claim their latest as their “best since… (insert favourite Radiohead album here) or those who simply don’t like the band, waiting to jump on the forums to declare that the new album is “not as good as Creep” or that “I wish they would rock again”. What is instantly obvious from the first few listens is that this is not a radical departure like they pulled with Kid A (although looking back, OK Computer was showing signs of where they as a band were headed). Instead, what we get is a collection of all their previous work’s DNA but birthed anew.

Those making comments about the album being a much needed change of direction from TKOL really hadn’t paid enough attention to that album as it was, at its very core, a folk album, albeit one smothered in beats and heavy textures – and AMSP continues very much in that vein. It is an album that harks back to a time in Britain where we were enthralled by the psych-folk genre, full of pretty imagery yet carrying a dark heart. The only real difference from TKOL is we are now treated to a work that is more orchestral and expansive; welcoming, instead of willfully cryptic and dense.

The first taste we got of the new album was the single Burn the Witch which, with its pizzicato strings and claustrophobia, lulled us into thinking that this may be the point they return with a an album full of rockers in the same vein as Bodysnatchers or Jigsaw Falling Into Place. Then, on the day we were told when the album was to be released, the band unveiled their video for the second song on the album, Daydreaming. Directed by Paul Thomas Anderson the video consisted of Yorke walking through countless doors and entering different buildings, before he appears at the foot of a snowy mountain and eventually lies to rest in a cave in front of an open fire. This was the band’s Man Who Fell To Earth moment as the opening shot shows many blurred figures following Yorke down the tunnel (maybe they are all aliens who have landed on earth at the same time?) as he explores this strange new planet before deciding it is not for him and he retreats from view. Musically, Daydreaming is one of those Radiohead songs that will be hailed as a classic, much like Pyramid Song and How to Disappear Completely, as it starts with the sound of the tape slipping before gliding into place. Whilst dreamlike and sombre, Daydreaming also has a propulsion to it, thanks to the pacing of the main piano riff which keeps us in perpetual motion. Like many other songs on the album many will pick up on the lyrics and come to the conclusion that they are about Yorke’s recent breakup with his partner of twenty-plus years, however Yorke has stated many times (maybe to throw us off the trail?) that he stopped writing about the personal after The Bends and instead created narratives and characters with which he could voice opinions on the human condition.

Daydreaming’s lyrics sound like it was written by someone who has been fighting for change in the way we live our lives due to the damage we are doing to our planet, finally coming to some sort of acceptance that the fight is lost. “Dreamers, we never learn” this “goes beyond me, goes beyond you” sounds like a man begging us to realise that our lives are not just about the self but about the bigger picture. It is a moment of pure transcendence.

Decks Dark and Desert Island Disk firmly place us at the heart of the album and it is where we get a real sense of the production quality that has gone into the making of it.

Instruments often sound like they are playing completely different songs, but hold together remarkably well as the drums of Phillip Selway and the bass of Colin Greenwood (both musicians are wonderful throughout) hold everything in (it’s right) place, fluid yet steady, stepping to the fore when required and hiding in the shadows at vital points. When it comes to the guitar playing on the album it is always there, many of you will be happy to hear, but instead of being up front, slashing and burning, the guitars are there as a basic template which the other instruments can use as a base for their sonic flights.

A change in tempo then suddenly occurs with the snarling Ful Stop (sic). A driven monster and album highlight, this is where the band sound the most angry. A repetitive electronic bass part loops and wild instrumentation bursts in and out, slightly muffled at first before the song transforms from a blurry figure into something up front and crystal clear. The production on Ful Stop is masterful as it plays out like a DJ toying with his EQ’s, sometimes burying the mix in a muffled stew before clearing the path to the main elements of the song. It (Ful Stop) is a kraut-rocker reminiscent of Can and Beak> and will no doubt be a live favourite, especially considering that it looks like Clive Deamer is to be touring with the band again, adding to the already wonderful percussion supplied by Selway.

For the rest of the album we are slowed down slightly as the gorgeous Glass Eyes lulls us in with sublime string arrangements and a piano that sounds like it is being played under water.

Identikit shuffles in on a Latin rhythm as Yorke duets with himself trading different lines, one in the foreground, one just out of reach. Identikit is akin to the singer’s Tomorrow’s Modern Boxes, but instead of a machine backing him, he has the full glory of his compatriots within the band and when the choral refrain of “broken hearts, make it rain” bursts into technicolour it is one of the most potent and powerful moments on the entire album.

The Numbers is where the 60s – 70s music influence is most apparent as it plays like a protest song, but instead of the band’s usual resignation we are treated to a lyric that actually sounds positive. “People have the Power” and “We are of the Earth” all drive the message home and this time we believe there is still some fight left in the band so we should also feel a second-wind and carry on the battle to save our planet. Life-affirming, beautiful and with a burst of orchestral motivation, The Numbers is a tour-de-force of political fight and human endeavour.

Present Tense returns us to the Latin style of Identikit before we are sent into the slightly disturbing Tinker Tailor Soldier Sailor Rich Man Poor Man Beggar Man Thief which is the closest thing here that resembles the cold austere feel of Amnesiac, full of synths that invoke the elements of stormy weather.

To close, the band finally put down on record True Love Waits. A live fan favourite and one that has only previously appeared on the 2001 live album I Might Be Wrong, the sight of True Love Waits on the track-listing was the cause for much online excitement. Replacing the normal acoustic version we now get a piano based song that truly glisten and shines. Devastatingly beautiful and sounding like a gentle tide lapping your feet, this is further proof that Radiohead have every right to take their time with their songs and only release them when they feel they are perfect.

A Moon Shaped Pool is everything you could wish for from the band. It is one of their most cohesive albums to date and with the aid of the London Contemporary Orchestra it is their most symphonic. It is intimate and haunting, yet warm and inviting too, an album that will warrant many a listen so you can fully hear all the sounds that have gone into its creation.

A Moon Shaped Pool is also where the band seem unafraid to be compared to bands that have preceded them, and even though they may hate the comparison, the album does play like a Dark Side of the Moon, as though the songs are from various points in their career; thematically and sonically the album does indeed sound like a concept album.

There is plenty here for fans of the band that have followed them through their career and whilst many may still hold onto the albums they have made in the past as a sort of benchmark for what all other Radiohead albums should sound like, this is where the road has been leading all along. They have taken many twists and turns throughout their career and with A Moon Shaped Pool the band have arrived at a glorious destination.