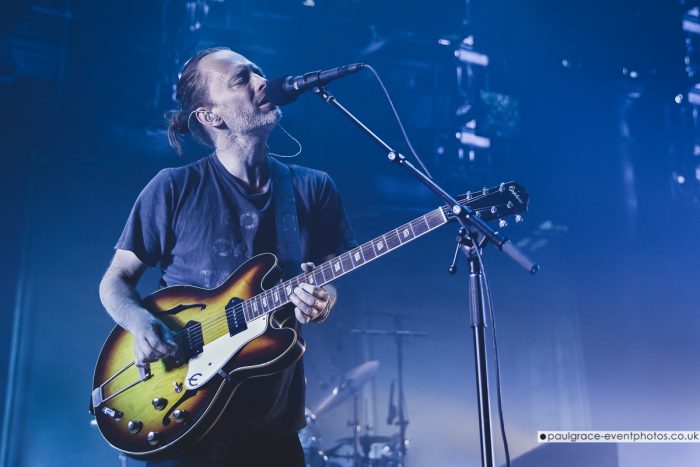 Radiohead’s A Moon Shaped Pool tour pulled into London last weekend for a 3 night run in Camden’s Roundhouse – their 1st shows in the capital since 2012. But was it worth the wait? Paul Grace was there to find out.

To say there’s been a buzz surrounding Radiohead’s mini residency at the Roundhouse would be an understatement. New album A Moon Shaped Pool has received rave reviews, tickets were snapped up in minutes, fans who missed out were distraught, 3rd party re-sellers made a fortune, and Thom Yorke publicly vented his frustrations about it all on social media.

So there are 2 queues outside the Roundhouse as I arrive for the final of the 3 nights; the 1st is for those with official tickets, while the other is a line of fans holding up placards pleading for spares. 1 sign reads “I come from Japan see Radiohead – 1 ticket please”. The guy holding it could have lived in Kilburn for all we know but it all feels sadly desperate.

Those inside are therefore in celebratory mood and expectation is off the scale as stage time approaches. Looking around, the Roundhouse in its industrial glory feels strangely otherworldly as abstract dialogue resonates from the speakers, the lighting is low and the occasional faint plume of dry ice cuts through the air. The crowd is refreshingly young for a 20+ year old band and appear mostly in their 20’s/30’s.

At 8.30pm sharp the room falls to black and I’m deafened with screams as Radiohead take to the stage.

Bathed in a blood red glow, the band open with an exhilarating ‘Burn The Witch’. A far rockier and louder interpretation than that on the album with Jonny Greenwood frantically sawing at his guitar with a bow to mimic the song’s orchestral parts. It’s a banging start.

The first 5 tracks tonight are lifted from A Moon Shaped Pool and performed in the same sequence, they feel conceptual and cinematic as 1 weaves into another. 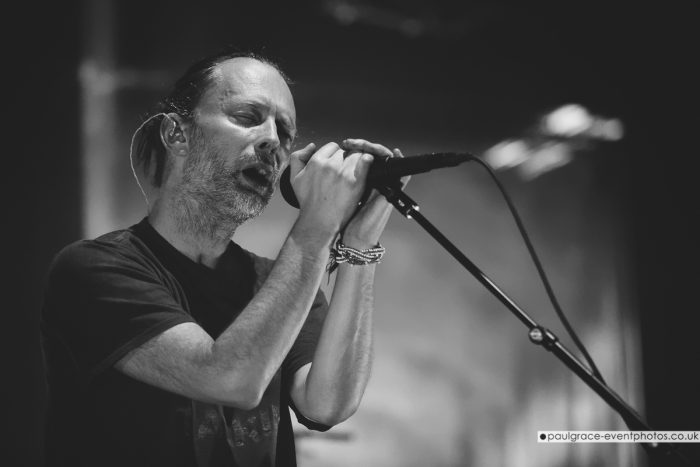 Thom Yorke is fidgety and playful – 1 minute the clichéd rock’n’roll singer/guitarist, the next a geeky synth wizard beavering behind his effects box, while at other times he jokes with the crowd. During the sombre bleakness of ‘Daydreaming’ he twists and turns like a man possessed, but with a voice so tender he could soothe a baby to sleep. Indeed, such juxtaposes are frequent tonight and simply go to reaffirm the band’s mysterious bittersweet charm. Yorke starts the show wearing a black leather jacket which he removes later on to reveal a T-Shirt bearing reference to early influences; ‘Some Candy Talking’.

The film score vibe continues as the ambient spookiness of ‘Decks Dark’ drifts in and carries us to the moon and back; its lush pads, delicate keys and evolving infectious groove all go to create a vision of space travel, while the closing reverb-heavy guitar riffs give a nasty alien bite.

The set is a matrix of hanging screens high above the stage, the displays of which swiftly cut between close ups of the guys performing and obscure visuals, and it all feels wonderfully manic.

We get a total of 9 tracks from the beautifully eerie new album but it’s not all new material, and they deliver a solid selection of flashbacks as far back as 1997’s OK Computer. Highlights include the anthemic chords and twisted vox of ‘Everything In Its Right Place’, the effervescent punk guitar frenzy of ‘Bodysnatchers’, and there’s a hilarious moment when ‘Giving Up The Ghost’ has to be comically abandoned because the audio looper captures an audience scream while recording the “Don’t Hurt Me” vocal at the start. All fabulously and humbly owned. 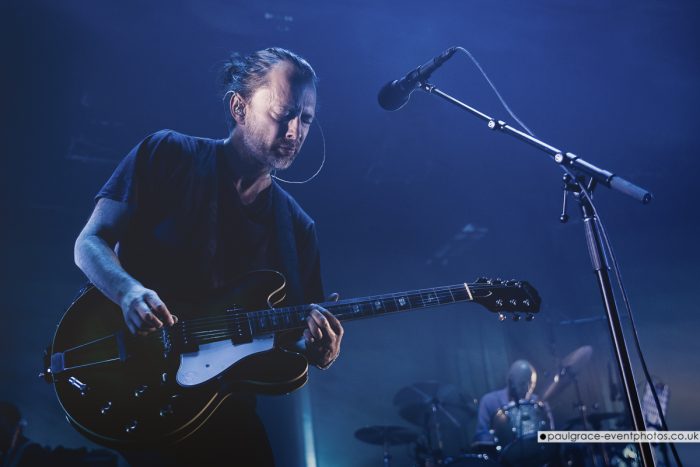 After 2 encores Radiohead finish with a magnificent ‘Paranoid Android’ (possibly tonight’s greatest moment), and it’s at that point it dawns on me how effortlessly brilliant they are at everything they do – regardless of genre. Whether it’s all out rock riffs, dubby electronica, or brittle falsetto ballads, Radiohead’s sheer artistic flair and diverse creativity are mind-boggling, which ultimately renders them, at this time at least, untouchable.

So was it worth the 4 year wait? Without a shadow of a doubt; tonight’s performance clearly confirms that Radiohead are very much at the top of whichever game they choose to play.