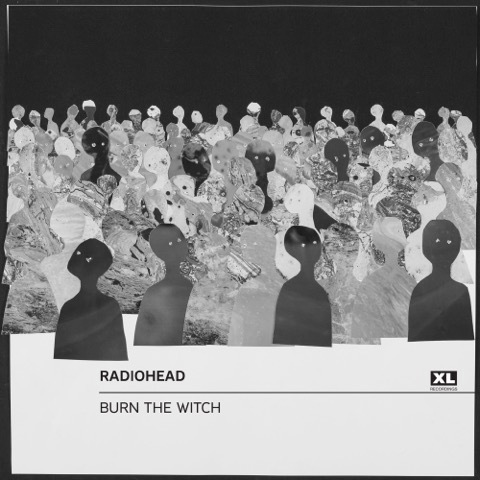 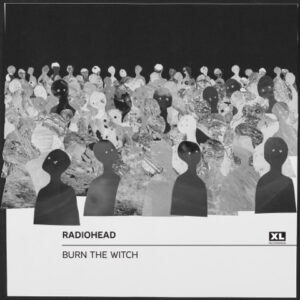 First there was the company, then the tweets, then came the postcards before the band’s website started to disappear (completely), the total white out on all social media accounts. Theories started flying around the web. Was LP9 incoming? Was this just going to be another hype-move destined to keep the fans waiting? Suddenly we got a brief clip of a clay-motion animation of a bird chirping. This couldn’t be it surely? A few hours later we got another, slightly longer clip much in the same vein but this time the clip featured a woman tied to a try as men in masks danced around her carrying swords. Very Hammer horror…and then…

Suddenly we were given a full length video and our first new Radiohead material since the surprise release of the band’s unused Bond theme Spectre on Christmas Day. So has the wait been worth it? You bet it has. Burn The Witch sees a return to melody for the band after the more sample heavy sound of The King of Limbs. First impressions say that this is Johnny Greenwood’s show as the string arrangements are sublime, stabbing and soaring when needed becoming more and more claustrophobic as the track progresses. A few more listens and you understand that this is Radiohead as a whole firing on all cylinders with Colin Greenwood’s bass flowing freely underneath and Thom Yorke’s vocals floating through what constitutes a chorus in his now familiar falsetto.  Burn The Witch harks back to the days of Hail to the Thief (the song originates from this period) and In Rainbows which has made a few of those fans disappointed with TKOL very happy.

The video is a wonderful mesh of Trumpton, Camberwick Green and the Wicker Man and sees the band work once again with the team behind the equally magical yet disturbing There There video.

Burn The Witch is a much welcome return from one of our most important bands. it would be foolish to think that this is what the entire album will sound like but until we find out then all we can do is press repeat and sing a song of sixpence that goes…..

Burn The Witch can be downloaded through all the regular sites.