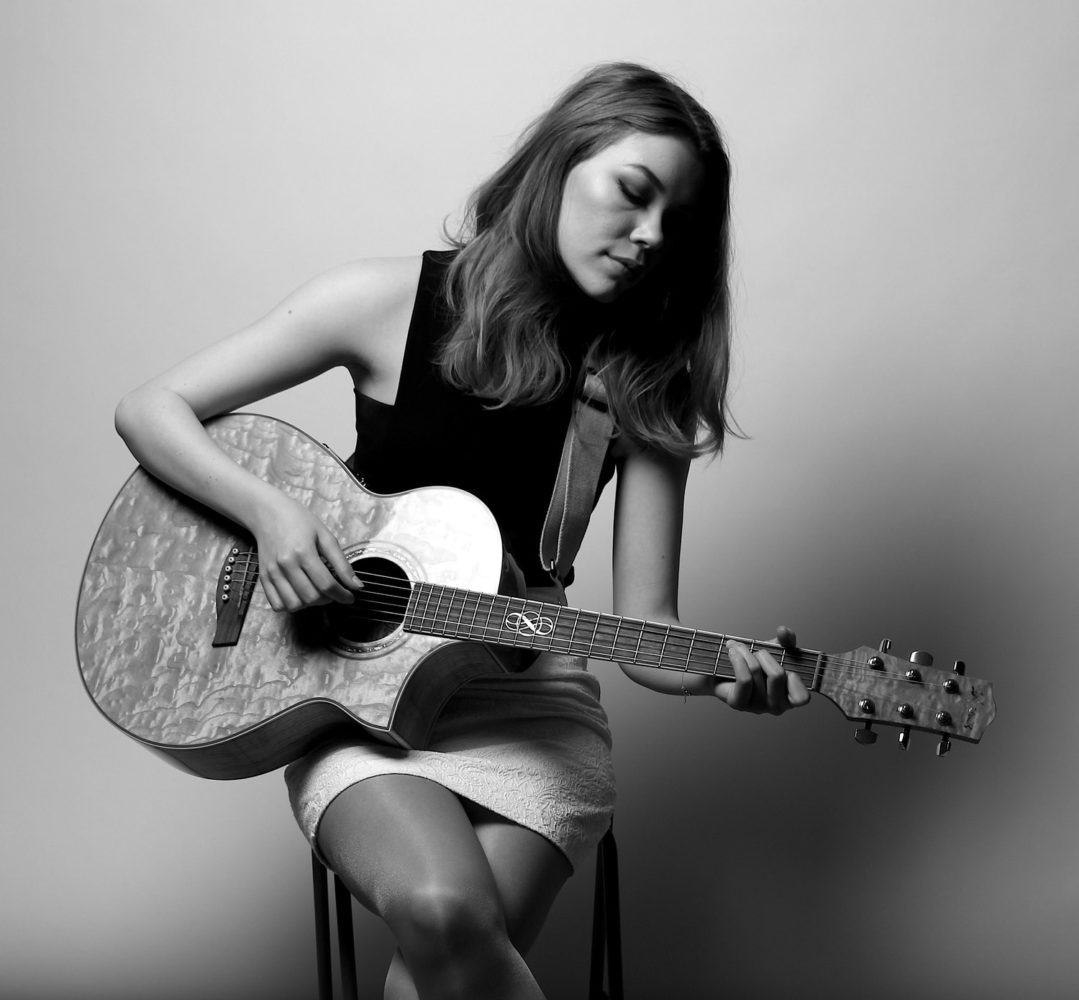 First album from the York based emerging artist making her mark in the acoustic / folk scene.

A rounded artiste whose  self taught illustration work brings to mind the quirkiness of Quentin Blake, her musical prowess has resulted in an album that contains a blend of the contemporary, the classic singer songwriters and a nod to ethereal Celtic folk. Dreamy, atmospheric and mystical, it gathers the first eleven songs she wrote between 2014 and 2017.

The monochrome images and artwork create a sense of a journey back in time as her rich tones evoke a sense of Grace Slick  that Emma Ruth Rundle currently channels in the opening song Old Climbing Tree with its controlled yet ominous presence ominous. It sets the tone as the plod of Hear Me and  Don’t Feel Like Holding On follow in a similar vein, the sadness of the string accompaniment adding to a general morose air about the latter.

The newest piece, Hot Rain might give an indication of where she’s at now. Again finding gently picked guitar notes enhanced with a gentle percussion, unfussy electric guitar and a hint of depth, the lyrical focus is directed at  her take on the topic of inequality in society.

Elsewhere, Rachel croons her way through a number of songs, saving her tears for a rainier day and the typical thoughts of things she meant to say. All accompanied by carefully crafted accompaniment, the drums and percussion making a subtle impact while the strings and electric guitar provide hold the breath and deep concentration moments. The one track to which I keep returning is Long Were The Hours that may prove the album highlight; the hint of Celtic ambience, the  languid pace and phrasing hitting just the right balance and offering a more melodic alternative to the early highlight of Old Climbing Tree.

A cool jazzy/soulful feel ensures that the album ends the album on an optimistic note – “I can’t replace your perfect but I’ll try the best I can” – and seals the deal on a moody and reflective set that provides a quality picture of Rachel Croft that harks but belongs in  the here and now.

Watch the video for Only Dreams from the album: