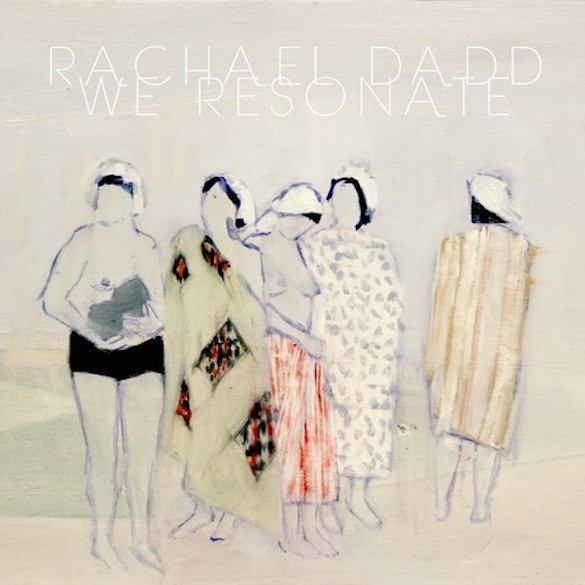 This one feels like it’s been a long time coming but we finally have details about the follow-up album by experimental folk multi-instrumentalist Rachael Dadd to her incredible 2011 album Bite The Mountain. Check out the cover art above and find more details about the album below. Oh, and if all that isn’t enough you can also stream a track off it below too.

The album, titled We Resonate, sees Rachael in highly collaborative form, although, if the track below is anything to go by, the album will still be a quintessential Rachael Dadd recording. We’re also told it’s “her strongest and most impacting body of work” to date – something that can only whet the appetite for those of us still to hear it!

On the album Rachael’s joined by Laura Marling’s sideman Marcus Hamblett as well as experimental Japanese multi-instrumentalist ICHI (her husband of course), Alessi Laurent-Marke of Alessi’s Ark, Rozi Plain, Emma Gatrill of Sons of Noel and Adrian, and Thomas Heather of Woodpecker Wooliams – all of whom, as you can see from the embedded links, we’ve covered on Louder Than War before.

“Starting life as demos of multi-instrumental layers, born from the richness of her nomadic lifestyle, the songs were then recorded in part with a live band in a studio, followed by playful overdubbing in Rachael’s front room where she could prepare the piano and use husband ICHI’s handmade musical inventions. Carving out a niche of its own and crossing genres from folk, through pop and experimental, ‘We Resonate’ pulses with poly-rhythms on prepared-piano, homemade xylophone, voice, clarinets, typewriter, boxes of matches, steel drum, tap-dancing, clapping, and even the heartbeat of Rachael’s baby in the womb. Her love of African field-recordings and the spirit embodied within them, has seeped into the diverse mix of influences, along with Steve Reich, Tune Yards, and the Japanese underground/improv scene.”

Now check out Bounce The Ball below (or on this link if you’re on a smart phone), below which are details of a few gigs she has across the UK and over on the mainland.