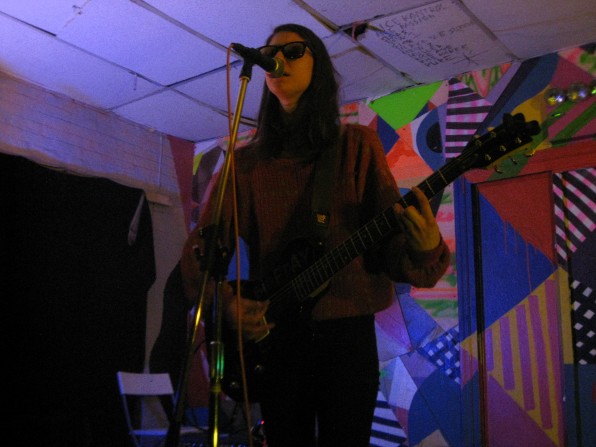 Death By Audio was an unassuming warehouse and ‘all ages punk rock bomb shelter’ located in an industrial building on South 2nd Street in Williamsburg. I don’t know how many times I assured uncertain first time visitors they were at the right place as I stood outside the grey, graffiti daubed doors before a show, but I always felt glad to be aware of what lay beyond them.

After the usual exchange with the unfailingly friendly door staff, a short walk through a narrow corridor of concrete and exposed piping would take you to the dirty black and white checkered floor of the main performance area. I would normally head left to the bar, then pass some time sipping a beer on the converted car seat next to the 8 bit arcade cabinets and wonderfully grotesque murals while the bands set up. Typically I’d be at Death By Audio about three times a week; a testament to the unwavering strength of the bookings there. I also went alone a lot, but it was always a welcoming atmosphere and I never felt uncomfortable or excluded or ‘not cool enough’ to join in, which is something I struggle with in most other places.

The toilets were definitely every prissy germaphobe’s personal vision of hell; musty smelling graffiti museums with half functioning sinks that I nonetheless developed a strange affection for (and not least because I met one of my very first friends as a New York newbie by accidentally walking in on her in one of them!). The space definitely had a reputation for biohazardous bodily excretia, and so it was kind of funny watching people trying to find a sanitary serving area when Liquor Store brought in a foot long sub to celebrate their 2nd album release back in November 2013. 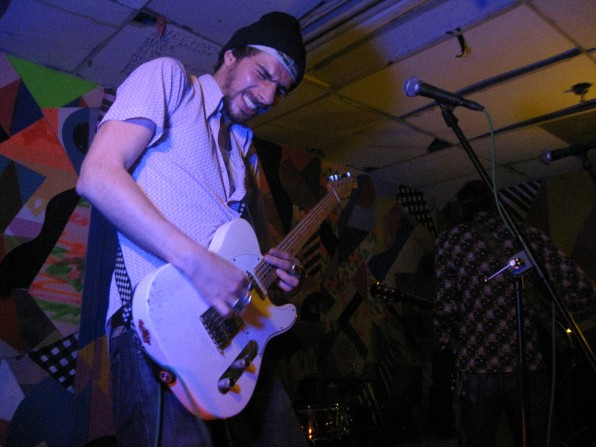 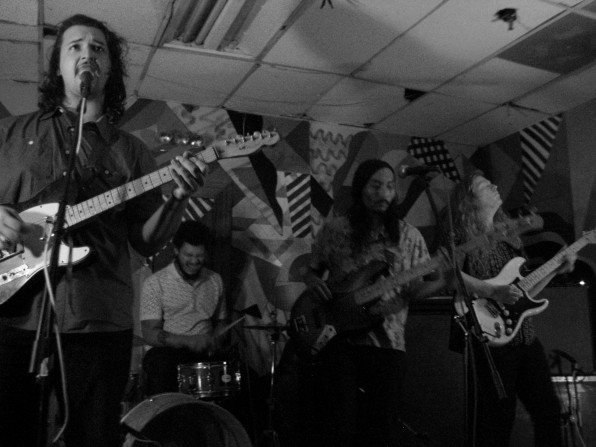 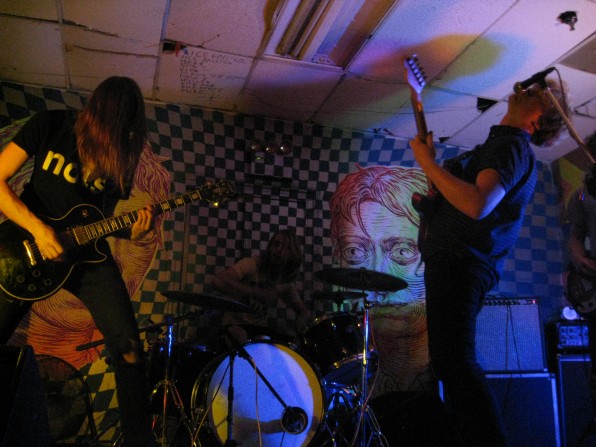 The stage setup itself was modestly adorned yet ingeniously simple; a low wooden stage that came up just above my knees, bookended by some color film lights for a little extra ambience. The ceiling panels, one of which doubled as a handwritten setlist for satirical San Diego hardcore band Rice and remained intact for the next 5 years after their show, always looked likely to cave in. In fact, many bands I saw unwisely attempted to wedge their guitars inbetween the tiling when their egos inevitably took hold during the lengthy jams of their clichéd rock ‘n’ roll finales at the end of an evening.

At the height of summer on a particularly busy night, DBA could be an unforgiving elbow-to-elbow sweatbox and you would want to just burn the clothes you wore rather than make the effort to wash them (I didn’t even know eyelashes could sweat until I saw the Speedy Ortiz record release show there in July 2013…I also remember a near nude Marcus Rechsteiner of The UV Race complaining about marinating in his own butt sweat on the DBA stage, and if Australians think it’s hot, it must be fucking hot!). On a cold night if you’d been outside long enough, you might have had to consider a double amputation once you could no longer feel your feet, or maybe just crowd surf with your coat on…This was especially true towards the end, when eager lines of music lovers wanting to pay their last respects snaked around the block as early as 5 PM in almost intolerably frigid temperatures. 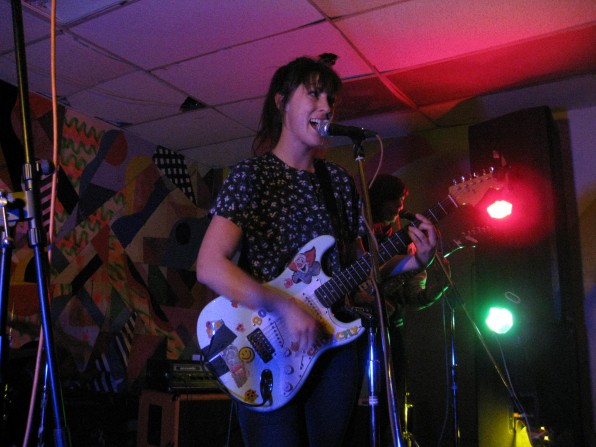 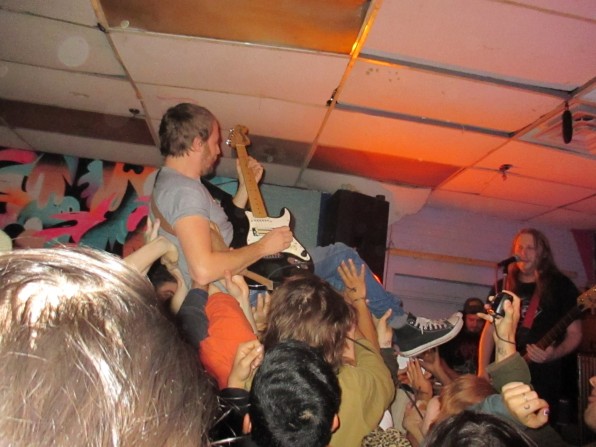 Death By Audio was founded in 2007 by Oliver Ackermann, Matt Conboy and Edan Wilber; booker, sound guy and for all intents and purposes, the frontman and ‘face’ of the venue. The DBA performance calendar was admirably eclectic and the space hosted all kinds of bands and artists, from avant garde noise acts to grimy garage rockers and even fledgling poets and comedians. “Who hasn’t played here? Except maybe The Ramones…” Ted Leo remarked during his spot as a surprise special guest in the final weeks, playing alongside the fierce, interweaving guitars of Marissa Paternoster’s Screaming Females and the rough, feel-good rock of Nashville’s PUJOL. With this in mind, people have been finding parallels between the death of DBA and losing the infamous ‘birthplace of punk’ CBGB, but DBA is a place that was never overshadowed by its own reputation or haunted by the spurious ghosts of nostalgia.

DBA was also keen to help out homegrown bands and gave talented upstarts a shot when maybe no one else would. When I saw Tacocat there on a really wet night last March, a young Insound intern observed to me, “Wow, they’re really booking buzzier bands here now!” but the fact is, DBA was always a longtime supporter of those bands before they broke big, so they were always more than happy to come back.

As a first timer simply looking at the place, you might be expecting a wall of mud for sound, but Edan ran front of house like a pro while being super agreeable about meeting a performer’s individual requirements, and the mix was pretty much always just right. Not only that, but he was the best inbetween bands DJ ever, and if something new caught your ear, he’d be keen to have a conversation with you and turn you onto an as yet unknown band with a contagious level of enthusiasm (another reason I really missed the Death By Audio internet radio show when East Village Radio shut down on May 23rd). 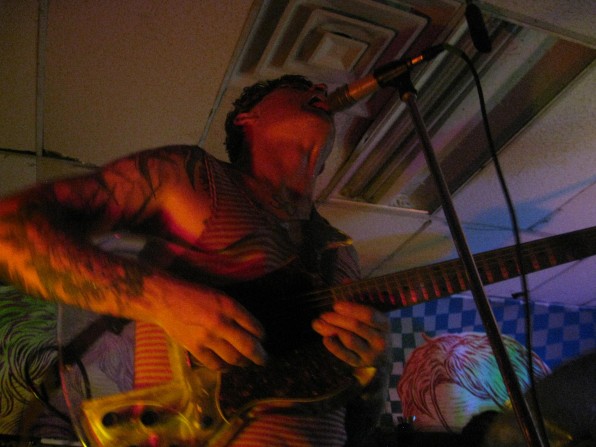 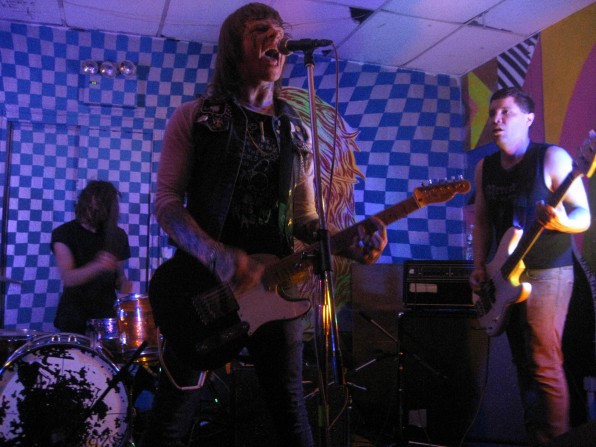 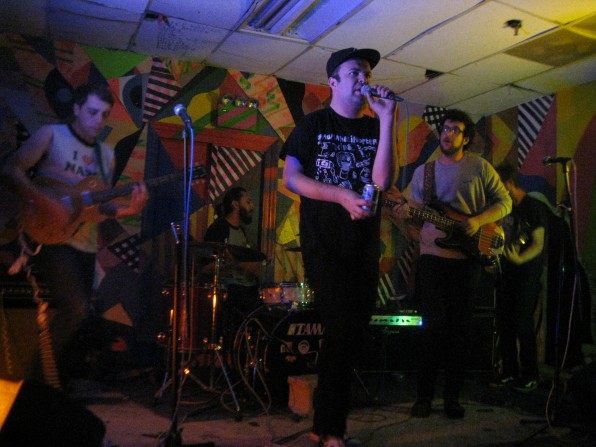 Why has this beautiful DIY institution closed its doors? DIY venues by definition have a very capricious lifeline, and DBA defied the odds with an incredible 7 year run as luxury condos and overpriced restaurants extended their chokehold on the neighborhood like something out of The Day of the Triffids. Eventually, Vice Media, that giant of hipness who publishes content about ‘getting cocaine blown up your ass’ and runs articles telling you what you’re too old for once you reach 25, bought the 60,000 square foot building that housed both Death By Audio and Glasslands (which is also scheduled to close in the new year).

Vice has since announced a partnership with monopolizing ticketing monster Live Nation, and it’s hard not to think of this merger as the ultimate axis of evil. Despite their claims of staying true to their underground roots and telling The Wall Street Journal they are “hard at work developing a freaky, space-age utopia that will give today’s creative visionaries a place to produce astonishing stories” (barf), these companies do not support counter-culture anything; they are just businessmen with their eyes on the prize. In the end, it is probably futile to fight the Vice grip on Williamsburg and save the rapidly vanishing small gems of the city, but sometimes the best way to adapt to unpleasant change is to use what you’ve learned, rip it up and start again. 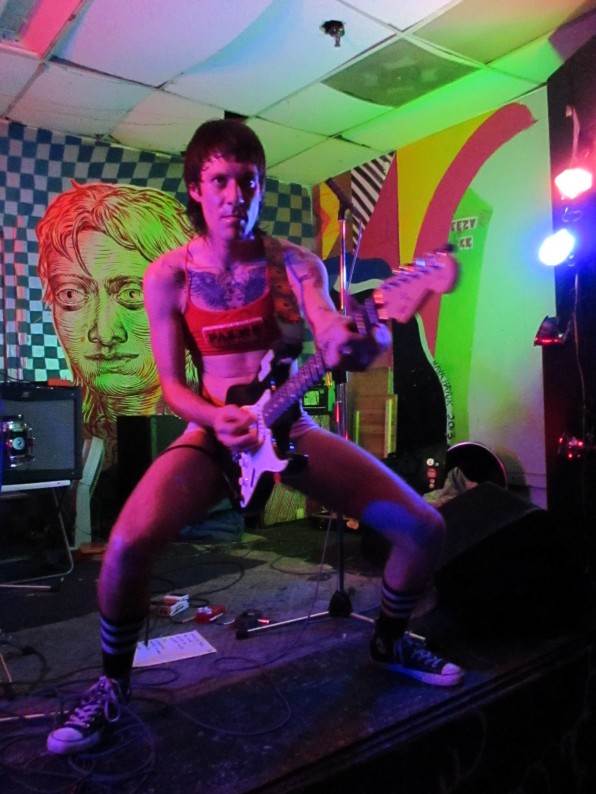 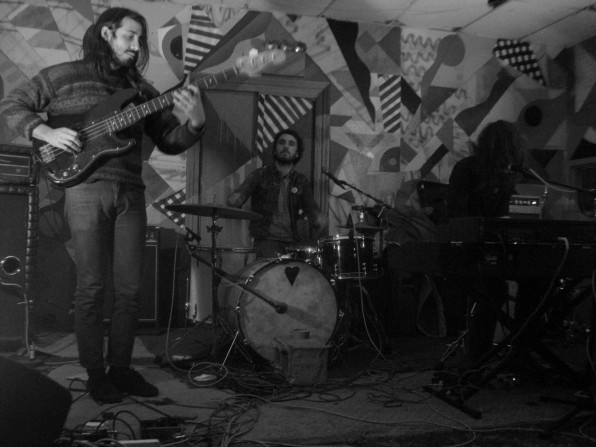 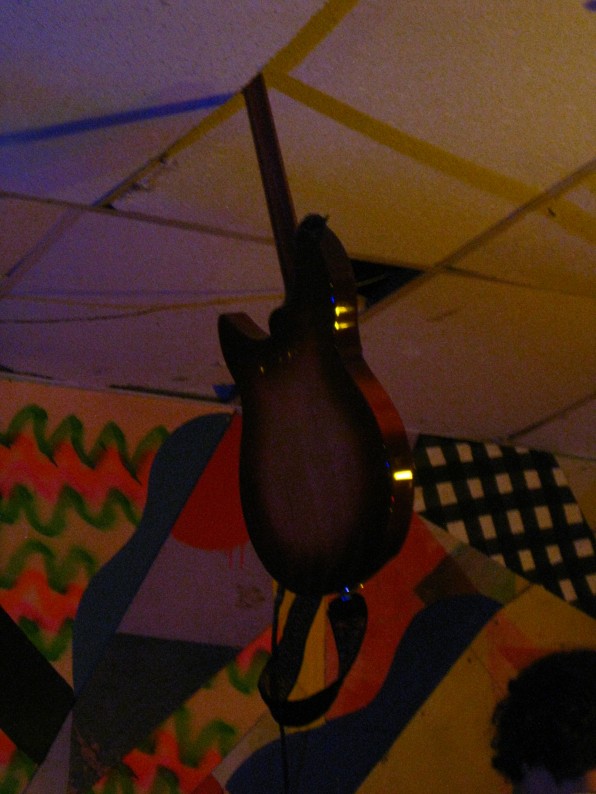 On November 22nd, DBA’s last night ever, A Place To Bury Strangers and Lightning Bolt gave the space a suitably ear-splitting send off, and Edan wore a shirt that advised, ‘START YOUR OWN FUCKING SHOW SPACE’. Hopefully music fans will take this message to heart; because as long as there are passionate people out there like the DBA crew, DIY never truly dies, and I know I’ll definitely be there when that next great thing happens.