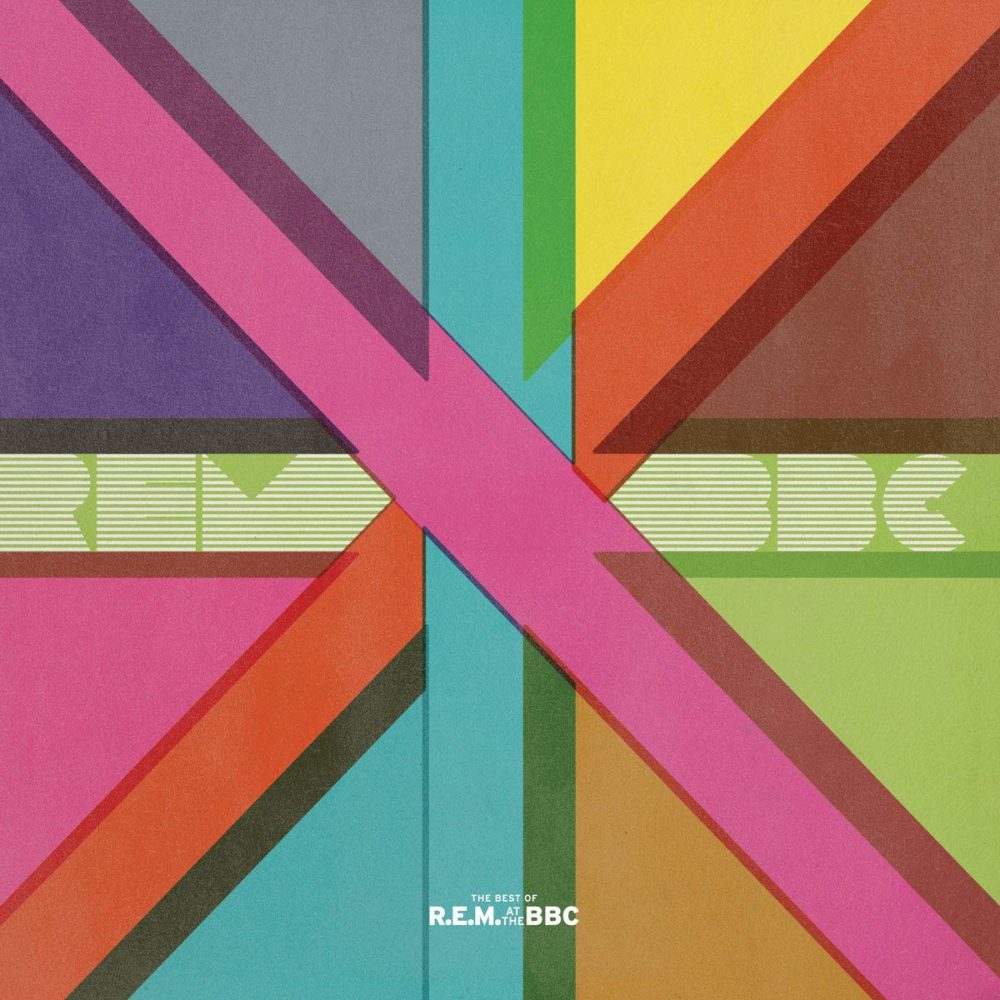 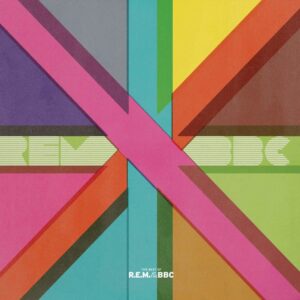 Live at the BBC

Since splitting in 2011, R.E.M have secured a place in the music history books as one of the greatest bands ever. A comprehensive new box set showcases them at their live best, in concert and at the BBC, throughout their career.

Mention the name Michael Stipe and you probably think of many things. Shoulder-length brown curly hair, wild but in-tune hip-thrusting-arms-flailing-dancing, Shiny Happy People video, Automatic for the People, shaven head with a big thick blue stripe covering his eyeline, reading Doctor Seuss… the list is endless. One of the great frontmen, Stipe was accompanied by Rickenbacker-wielding Peter Buck, steadfast bassist/pianist Mike Mills and a mixture of drummers, most notably Bill Berry. The last we saw of what began as a small indie band in Athens, Georgia, was playing to tens of thousands of people in stadiums, culminating in their split in September 2011. Little material has been released since their split. Until now.

The packaging of the set comes in a rainbow Union Jack-type coloured box with nine individually numbered cardboard cases for the CDs/DVD and a beautifully constructed booklet with archive pictures and anecdotes from BBC bigwigs presenters including Steve Lamacq, Jo Whiley, Mark Radcliffe and Matt Everitt, who all talk in glowing terms of their experiences with the band and the long relationship R.E.M. had with the Beeb.

On to the actual material. Disc one and two rewinds the clock to years 1991, 1998, 2003 and 2008 with a bunch of acoustic and full band radio sessions. There are well-known songs (Losing My Religion, Daysleeper, Orange Crush) and less familiar album tracks (Fretless, Walk Unafraid) plus covers of The Troggs Love Is All Around and Editors track Munich. Disc 3 features a full-length Peel Session from Radio 1 in 1998, the band playing a stunning set to what sounds like a lukewarm crowd  full of songs from their then new album Adventures in Hi-Fi and soon-to-be released Up, blazing into songs such as Lotus, Losing My Religion and Electrolite, plus the delicate The Apologist and set closer ‘a song about Andy Kaufman’ Man on the Moon.

Changing direction completely, Disc 2 harks back to 1984 from the band’s early days with a full gig at Nottingham’s famed Rock City. At the time R.E.M. were emerging as one of the most exciting alternative bands coming out of the US. They played 16 songs from their first two albums Murmur and Reckoning including (Don’t Go Back To) Rockville, Gardening At Night, Radio Free Europe and Central Rain (I’m Sorry). Overall, it’s an intriguing insight into the early version of the band hearing the songs played in innocence, maybe seeking the stadium stardom that would eventually come their way. Just on a side note, this was not the first and last time the band would play Robin Hood county: famously, they returned to play Nottingham Forest’s City Ground stadium.

Discs 4-7 cover some of the band’s big concerts from their triumphant world-conquering tours. First up we have the full concert from Milton Keynes on July 30, 1995. If I am being completely honest the actual sound  leaves a little to be desired. Sounding like it was recorded in the middle of the crowd rather than stage centre, this takes away a bit of the enjoyment; needless to say, they play a great set of crowd favourites including What’s The Frequency Kenneth, Drive and Everybody Hurts, as well as lesser known songs like Let Me In, written in tribute to the late Nirvana frontman Kurt Cobain.

Discs 5 and 6 have the bands monumental Glastonbury Pyramid headline slot in 1999 which apparently almost didn’t happen as only a few hours before the band hit the stage, Michael Stipe was threatening to pull the plug on the gig and fly straight back to the US all thanks to an overzealous security guard. Handbags at dawn put down, the band played one of those legendary headline sets as the sun sets on those famed fields with the music floating over the Glastonbury hills and probably settling at the end of a rainbow. Playing a similar set to the Milton Keynes gig, but with much better sound than those CDs, the band lift the roof off the Pyramid stage, leaving the crowd exuberant and in awe at musicians at the peak of their powers.

Final Disc 8 has the band is a recording of a secret gig in the much more intimate setting of St. James’s Church, London, played as part of the promotional push for their forthcoming album Around the Sun. The new songs of the time Final Straw and I Wanted to be Wrong recall an earlier, folk-rock REM, before some bloke called Thom Yorke is invited up onstage to sing the Patti Smith part of E-Bow The Letter… only to mess up big time, so they have to run through the whole song again. We only get Take 2 here when Yorke hits the nail firmly on the head. Old favourites Imitation of Life and Man In the Moon get their usual run-through and that closes the 8 CD set in typical beautiful, dramatic and eye-catching way.

The DVD that completes the set kicks off with the 60-minute Accelerating Backwards documentary (previously broadcast in the UK but never available separately) and also offers a complete 1998 Later….With Jools Holland episode dedicated to the band, plus TV appearances on Top of the Pops and extras. Just to touch on the documentary, filmed exclusively for the BBC at Austin’s SXSW Festival, Accelerating Backwards has Michael Stipe, Peter Buck and Mike Mills take the viewer on an electrifying journey through 13 of their most memorable performances on classic TV shows such as The Late Show and Top of the Pops. It also includes their first major TV appearance in 1984 on the iconic Old Grey Whistle Test.

Any R.E.M fan will love the vast package of this mighty 8 CD/DVD set.