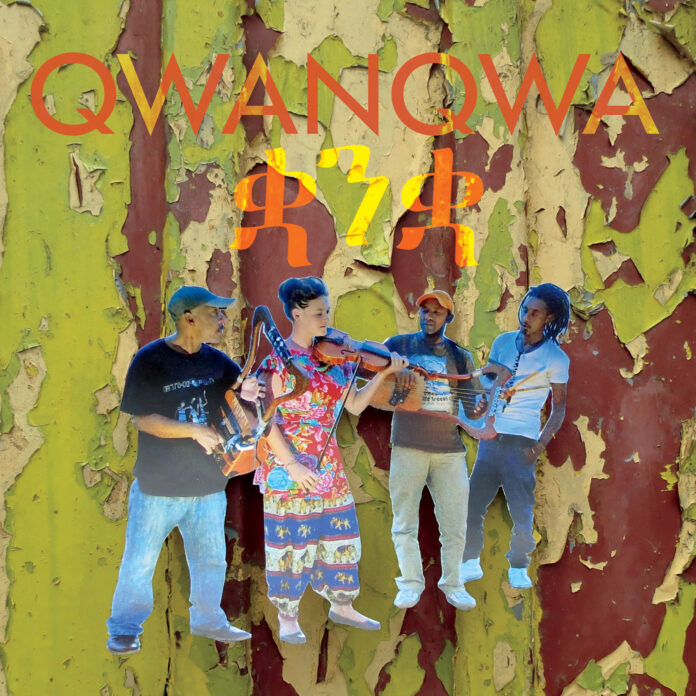 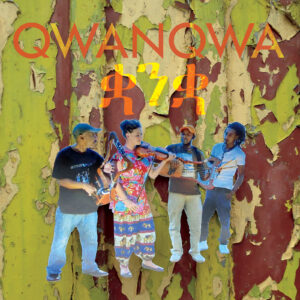 As the title suggests, this is Qwanqwa’s (translated as ‘language’) second album. An album of traditional Ethiopian music which has been given a modern and experimental twist. It sounds fab.

Formed in 2012 when Kaethe Hostetter (violin) moved from Boston USA to Addis Ababa and met up with fellow members Mesele Asmamaw (electric krar), Dawit Seyoum (bass krar) and Samson Sendeku (percussion) the band soon began exploring and creating a fusion between longstanding music and a new sound of their own. The resulting mix is one that would please both lovers of New World Music and something a little different.

Selam Selam has a gorgeous riff which continues throughout with a basic, if not intriguing beat. It loops and spirals creating a musical addiction that leaves the listener demanding more, indeed the whole album whilst not immediate at first, does grow in time.

The mammoth, eleven minute Tezeta begins with what can only be described as ‘tuning up’ but soon adds vocals and takes a good four minutes before breaking into a musical arrangement as such. When it does, it is completely fascinating as Keathe’s violin knits together a simply sumptuous melody.

Mela Mela rocks things up a little with a more jazz influenced sound over a great bassline, and almost begs for a dub version of the track to be forthcoming. Album closer Gorage is the most upbeat track on the record as yet another highly compelling hook brings together some more incredibly engrossing violin sounds which many times during the album help mould the whole sound of Qwanqwa together.

Qwanqwa are on Mixcloud here: mixcloud.com/qwanqwaband and can be liked on Facebook.