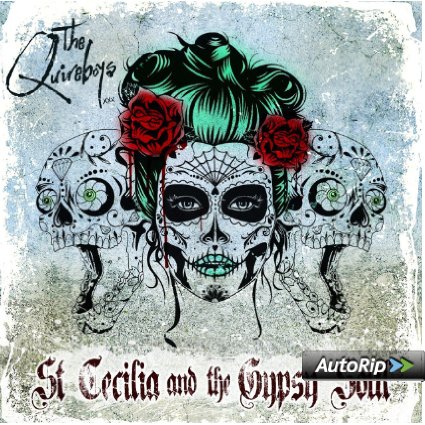 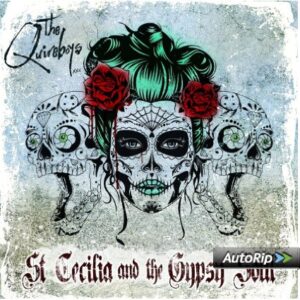 The Quireboys locked themselves away for a week in the Swedish outpost of Klippan, to record their latest album. It appears to have paid off according to Martin Haslam, with their new release being one of their best ever.

Who’d have thought, after the six year wait between ‘Homewreckers And Heartbreakers’ and ‘Beautiful Curse’, that 2015 would see The Quireboys not only celebrate their 30th anniversary but also release their third studio album in two years? This is enough of a surprise. The icing on the cake is that it’s their third great album in a row. The core band of Spike Gray, Guy Griffin, Paul Guerin and Keith Weir have shown a lease of life hitherto unexpected. Always a class live band, since working with manager Jonni Davis they’ve focused on writing new songs that stand up to their back catalogue and also add a variety and depth to their sound.

Last year’s ‘Black Eyed Sons’ album will take some beating, but ‘St Cecilia….’ offers a different palette; predominantly acoustic, written and recorded in one week in the wilds of Sweden with few distractions, this shows a strength of songwriting that continues to grow.

‘Gracie B’ starts things off with a darker tone than usual; the riff and delivery would fit in with Johnny Cash’s ‘American’ recordings. Sombre and insistent.

‘Land Of My Father’ is a breezier affair, a mandolin-led tune yearning for home, wherever that may be when you’re on the road as long as the Boys have been. Folky and relaxed.

‘St Cecilia’ sees Spike holding court in a singalong that’ll have you by the second chorus. You can see the packed bar, dog in the corner, battered piano.

‘The Promise’ slows things down a notch. Some cello and Spike in reflective mood; “a sorry, sad affair, but do I really care?…I never promised you anything”.

However, the surprise here is ‘Can’t Hide It Anymore’. Sung by Guy, it’s a restrained ballad that sounds like it comes from the heart. His voice has matured and fits the song perfectly. Understated and touching. Shades of the mighty Badfinger.

‘Out Of Your Mind’ returns to the bar, short and sleazy with appropriate lap steel slide. More of a dancing/swaying number.

‘The Hurting Kind’ starts with a hook reminiscent of Johnny Marr. Something of a gem, and not the sort of thing the Boys do often enough. Quality stuff.

‘Adaline’ is another singalong; open, ringing chords that Del Amitri used so well. Yes, you’ve heard it somewhere before, but why change a winner?

The final two tracks are a bit of a departure. ‘The Best Are Not Forgotten’ is a glorious slice of melancholy; strings weaving around some deft finger-picking. Then we get ‘Why Did It Take So Long?’; Spike’s voice, a piano and a drum loop. It shouldn’t work but it does. The Quireboys are clearly choosing to please themselves now, unconcerned by popularity or fashion. In doing so, they’re making the most interesting and satisfying music of their career. Well done.

All words by Martin Haslam. More writing by Martin on Louder Than War can be found at his author’s archive